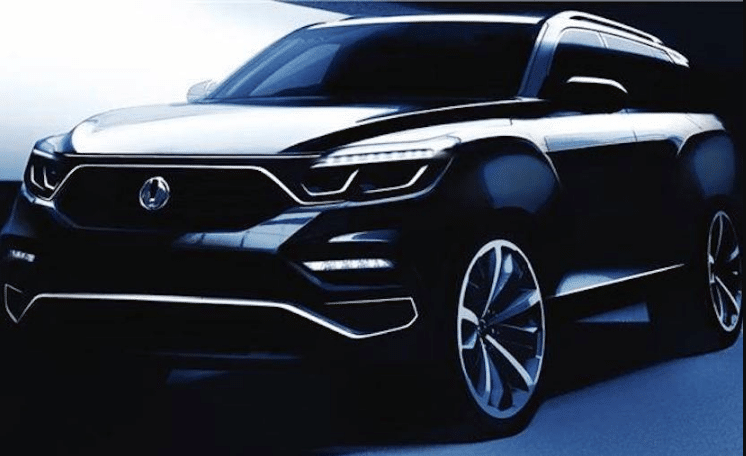 After losing major investments, M&M is now busy reviving and renewing the two wheelers business with the refocus on the Mojo bike. M&M has planned exclusive showrooms for the Mojo the first of which is being launched in Bangalore.
Naveen Malhotra, Sr. GM – Sales, Marketing & Product Planning, Mahindra Two Wheelers said:

Since its launch, MOJO has helped build a biking culture through its various initiatives. From the vibrant MOJO Tribe chapters which is spread across 30 Indian cities to the Trails of MOJO Tribe which successfully completed four Mega Trails last year – Mountain, Coastal, Jungle & Desert Trail, the brand has come a long way.

We are delighted to come out with the first ever brand specific dealership which has been designed to provide a holistic experience to all bike enthusiasts and also strengthen our presence in the market. We are pleased to reveal the sketch of our first MOJO Exclusive Dealership which will be launched in Bengaluru later this month.

On the Commercial Vehicles front, Rajan Wadhera, President and Chief Executive, Truck and Powertrain Division, M&M confirmed that the division is looking to double its market share to 7% by 2020.

We are working on three platforms to launch vehicles in the 8 to 16 tonne category. They will be launched in 2018. With the ICV, we will fill the existing gaps and have the widest range of commercial vehicles. We are going to invest several hundred crores for our trucks and bus range. It is an important investment for us. We are looking at growing from 9% to 13% by 2020. We can’t be behind technology at any level. It is an important area for us. And we want to do things and create products to have a robust ecosystem around our customers.

On the Passenger Vehicles front, M&M is on track to launch U231 and S201 multi-purpose vehicle (MPVs) over the next two years. However, on the near future front, M&M confirmed the launch of the next-generation Thar for off road enthusiasts. The model launched in 2010, has gone through a single face lift in 2015.
Dr. Pawan Goenka, Managing Director, Mahindra & Mahindra said:

For every vehicle that Mahindra develops, we will seek three proposals for its design – one each from Ssangyong, Pininfarina and from our team.

M&M will also look to launch the Mahindra Y400, next gen Ssangyong Rexton [more here from Auto Car India] and the production version of the SUV will debut at the Seoul Motor Show next month.  M&M is also planning the launch of a sub-4 metre compact sport utility vehicle (SUV) which it plans to sell across the globe. The sub-4 metre compact sport utility will be built on Ssangyong Motor Co.’s Tivoli platform and is to be introduced in the Indian market two years from now.

We were waiting for four months for whether this sub-4 metre rule will stay or not. Honestly, we would have been very happy to make it 4.15 metres because that gives us lot more flexibility in what we can do with the product. And when it (did) not come, we kept it under 4 and we managed.

When the sub-4 metre (rule) came, we were all up in arms. If you are on the right side of it, you get big benefits. If you are on the wrong side of it, you lose out badly. Just when Verito (a Mahindra sedan) came out (then Logan), this sub-4 metre rule came. Verito was 4.1 metres. So, suddenly we became very expensive. From that time till now, everybody has aligned to 3.995, and it is also becoming a global standard since these cars also get exported to other countries. I think to now change the goal post will not be right.

To meet the new crash test norms, you need approximately 150mm (of additional length), so that much more has to come from somewhere else. Therefore, designing vehicles under four metre with the new safety norms is a challenge. There is no doubt about it. But, for that, to move the goal post again is not fair to those who have managed the challenge.

Closer to the end of March, 2017 – M&M’ SangYong unveiled its all-new fourth generation Rexton at the 2017 Seoul Motor Show. The new Rexton is built on an all-new body-on-frame chassis developed jointly by SsangYong and POSCO. We have to first decide if and when to bring the Rexton to India. The reason I am saying ‘if’ is because that though it is undoubtedly a good product and will do well in India, the price is crucial. We need to understand what price that would be and we need to understand whether at that price we can afford to sell it in India. Within the next four weeks or so, we will know whether we are able to bring this product to India at the right price equation. If the answer is ‘yes’ then it should take us about a year to launch it in our market.

M&M has also finalized its plans for foray into the US markets from 2019 with the launch of an off road product. The product has been entirely developed by the company’s Detroit R&D centre.

M&M is readying for full-fledged US push given that its earlier legal cases have now all been sorted out. Mahindra’s US foray is being spear-headed by Mahindra North American Technical Centre (MNATC), the company’s R&D centre in Detroit, which is currently working on two separate products, one for the Indian market and another entirely for the US market.

MNATC is developing an off-roader product for the US market which is expected to be launched sometime in 2019. It has also developed another product which will come to the Indian market by the middle of financial year 2017-18.

The global alliance talks with Ford – which also includes sharing of excess production capacity as reported by TOI on March 3 – will primarily focus on joint development of products and platforms and next-generation technology. For now what’s being discussed is a purely technology arrangement with no equity involved.

Earlier this month, Pravin N Shah, automotive sector president, M&M, was reported saying that the company is looking for another “home base” outside India and it will be a big move requiring brick-and-mortar investments. Sources say Mahindra could be looking at building the second home base in either Mexico or Brazil – both low cost production centres close to the US market. The Ford alliance could be part of that larger global focus of the group, say sources. As for Ford, a partnership with Mahindra could help it tap frugal engineering solutions and also crack the Indian market better.

The idea is to enable M&M to get access to the idle capacity at Ford’s Chennai plant, something which will be beneficial for both the companies.“ When contacted, M&M managing director Pawan Goenka did not confirm, or deny, any such development. At any given point of time, we are talking to different original equipment manufacturers (OEMs) for various possibilities, which can include sharing of platforms, (production) capacities or dealer network. However, I cannot confirm whether we are talking to Ford, or whether we are not talking to them.

One more launch to be launched will come be on the luxury lines under the Pininfarina brand which will largely be modelled on the lines of Tesla Inc. [Catch the interview here]. 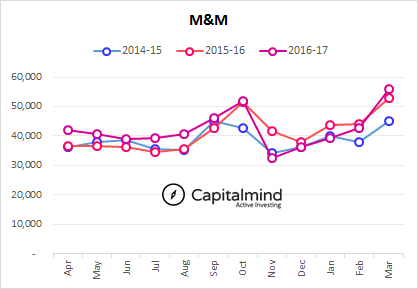 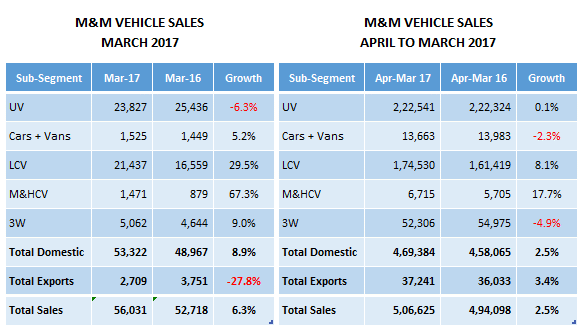 At Mahindra, we have performed reasonably well on all our flagship products and have witnessed growth of 31% and 67% respectively in our commercial vehicle and MHCV segment for the month of March, 2017. We are particularly happy that our new brands are gaining traction as together the KUV100 and TUV300 crossed the 1 lakh vehicle sales milestone since its launch.

However, the auto industry continues to see mixed reactions due to several external challenges and the more recent one being the factors such as the likely softening of BS3 vehicles that has derailed many planned operations. Going forward, factors such as the likely softening of interest rates, revision in fuel prices, GST implementation and the Union Budget’s focus on rural are expected to bring back demand.