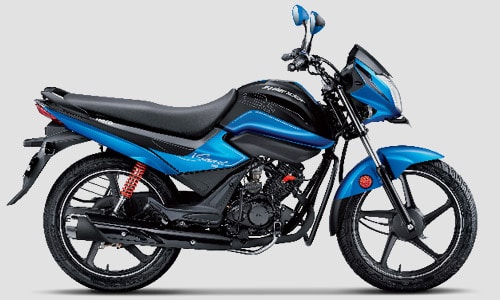 290,000 units – that’s the BS III inventory held by Hero MotoCorp though the company has shifted entire production to BS-IV from March.
With the expiry of excise duty benefits for the company’s Haridwar plant from fiscal 2018 and adverse mix due to a higher share of scooters in its sales mix (motorcycles are more profitable than scooters), an increase in research and development costs and ad spending is all set to hit the margins of the company.
Two other major events that the company witnessed was the roll out of the first unit from its Greenfield plant at Halol, Gujarat.  While the production started back in December, 2016, the first unit Splendor Pro was offered to Somnath Temple Trust though the formal inauguration ceremony of the new facility is still due. The other major event was Hero exploring a strategic alliance or tie-up with Uber aimed at the Indian two-wheeler taxi market. 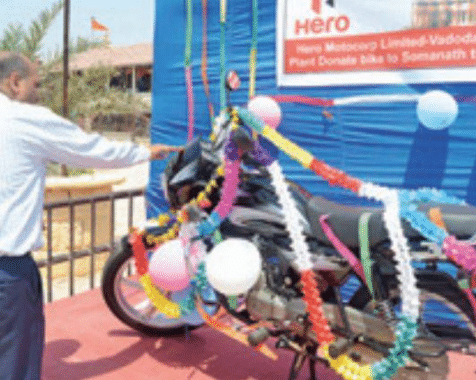 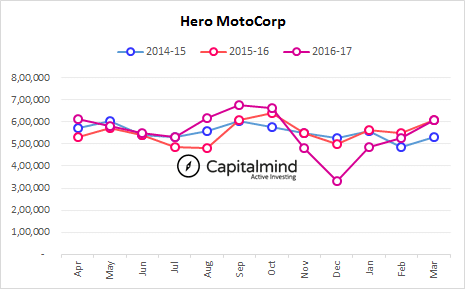 The company said moving into the financial year, we are fully prepared with sufficient stock of BS-IV compliant vehicles to meet the market demand.
Note: Sales numbers presented here are manufacturer reported sales numbers i.e. factory dispatches to dealerships. They are NOT retail sales figures to end customers.
Love it or hate it, do leave us with your reviews in the comment section below!