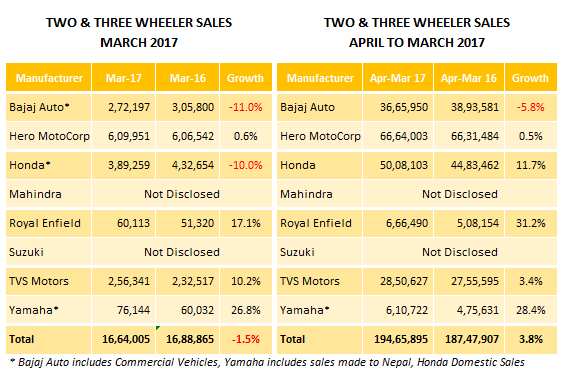 Sales of Two Wheelers and Three Wheelers stood at 16.64 lakh units in March, 2017 against 16.88 lakh units during the same time last year resulting in a contraction of 1.5. 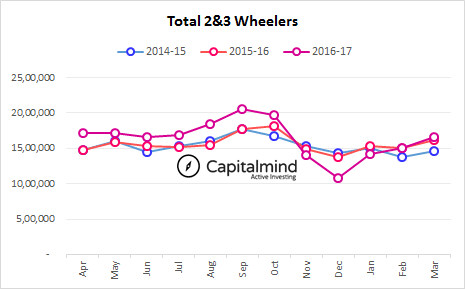 After Bajaj’s attempt to eat into the market share of Royal Enfield, Honda looks to step up its game with an entry to this segment. Honda is believed to have formed a team consisting of engineers from Japan and Thailand to develop a global middleweight motorcycle.
Noriaki Abe, President and Chief Executive Officer (CEO) at Asian Honda Motor Co said:

We (have) already allocated the people, some from Thailand and some from Japan to India to make a new concept mid-sized motorcycle in India. If we can make that product, we can export that to even Japan [Honda already has two products in the 300-500cc power cruiser segment – the Rebel 300 and Rebel 500 motorcycles, sold in the US market].

We have always had a market between 250cc and 400cc in Japan but the motorcycle market in Japan is shrinking. There, it is very difficult for us to have a very competitive model in such a displacement cost-wise. But they (Royal Enfield) have a huge scale in the Indian market and dominate that segment alone. So, it is a very interesting business model.

If we decide, we have technology to compete with them (Eicher). Our priority was not there. But, we notice that they have very, very interesting growth. So we are preparing for that.

Honda Navi – the New Additional Value for India has beaten the company’s estimated target of achieving close to 50,000 units against the currently sold 60,000 units. Honda Motorcycle & Scooter India (HMSI) BS-III inventory stands at an estimated 250,000 units as per the report submitted to the Supreme Court though the company has stopped the production of BS-III units from March. 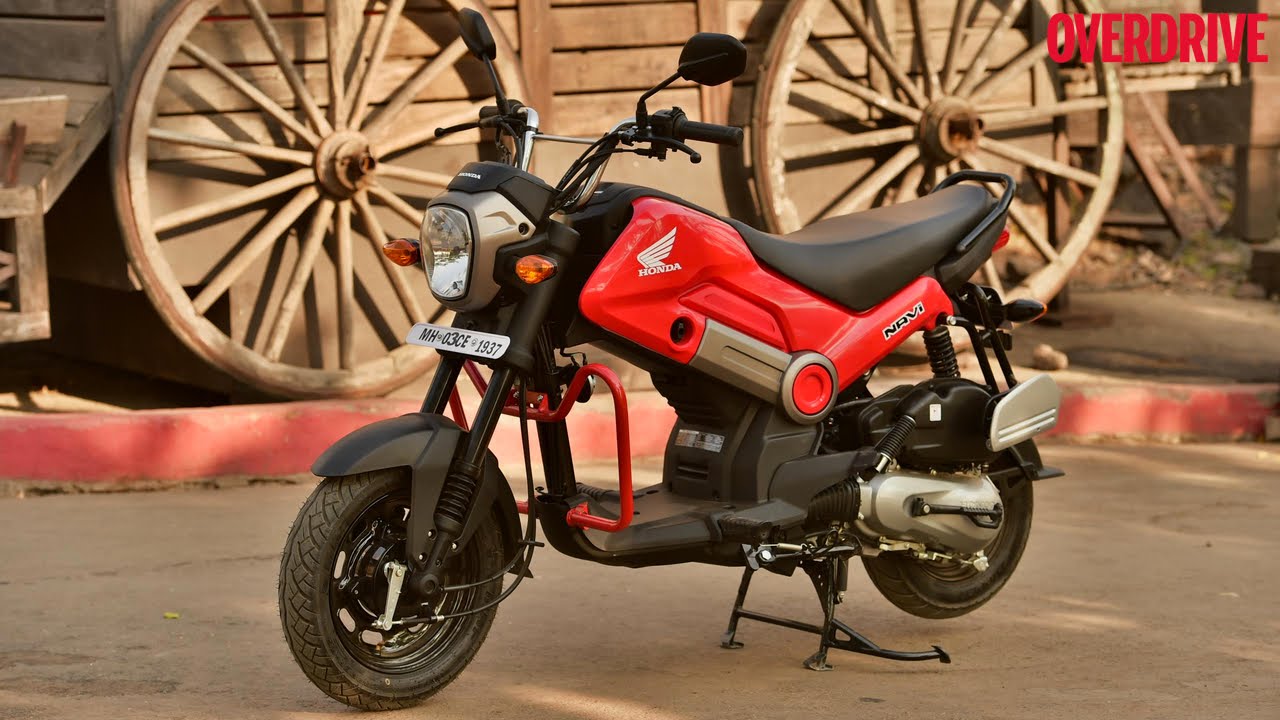 Close to the deadline of 1st April, 2017 for switching to BS-IV vehicles, Honda launched the face lift of the Dio. The cosmetic changes include a lightly-redesigned front panel, new graphics, new dual-tone colour options and a redesigned instrument cluster. 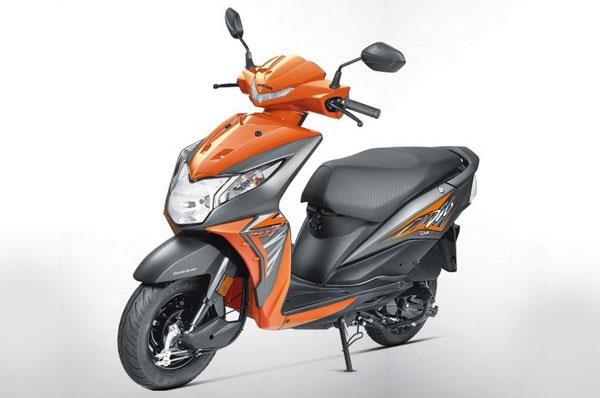 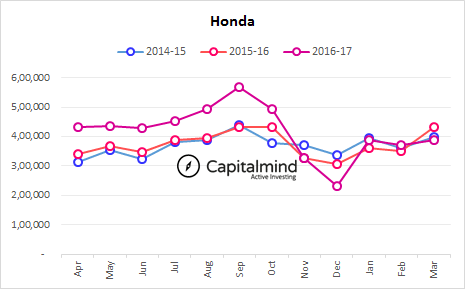 In the beginning of FY’2016-17 especially after monsoon and 7th CPC, industry was hopeful of double digit growth. The second half was however a challenging time and two-wheeler industry closed the fiscal with only 5% growth. In this context, we are humbled by the confidence of customers in Honda brand. India is now firmly leading the Honda DNA worldwide.

We thank customers for making Honda 2 Wheelers India the first 100% subsidiary of Honda Motor Company, Japan globally to ever achieve 5 million sales landmark in a single financial year. Honda is today the highest volume gainer as well as the market share gainer of the industry. We are confident that 2017-18 will be a landmark year and Honda 2Wheelers will change the way India and the world will ride home.

We are pleased to announce that all our products across segments are now updated and come only with BS-IV compliant engines. The New Let’s is testimony to our endeavours in bringing to India the most eco-friendly riding solutions in line with the government regulations. We are confident that our products will retain a strong foothold in their respective segments. 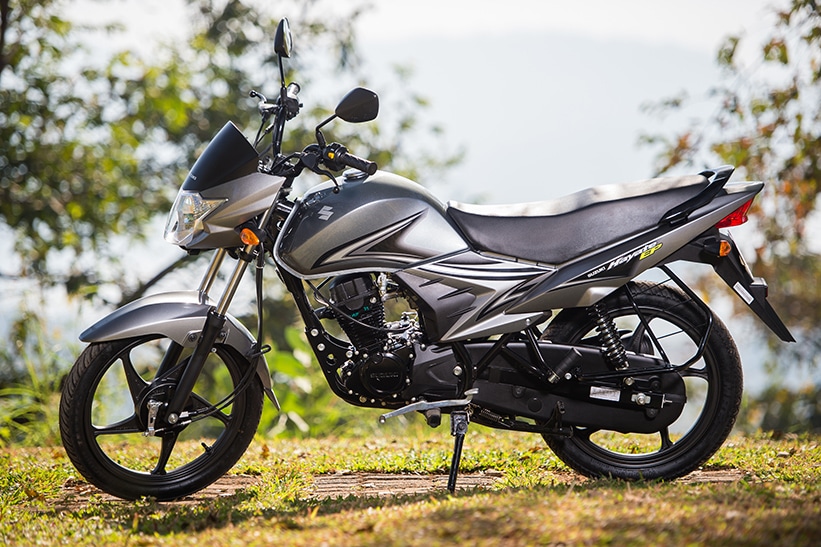 Suzuki has set a high benchmark for itself as the company targets to sell 500,000 units in financial year 2017-18 up from 350,000 unit sales in the current fiscal 2016-17.
Here is what Suresh Babu, Head of Marketing and Product Planning at Suzuki Motorcycle had to say:

The focus will be on the premium segment that is in the 125cc and 150cc. The company’s strategy would rest on making its dealer network more efficient, introducing new models, and expanding its total touchpoints pan India. The company is working on the anti-lock braking system, and all its motorcycles in the 125cc and above range will be equipped with ABS before the April 2019 deadline.

Currently the two-wheeler maker has 893 touchpoints including 449 dealerships. About 100 dealerships will be added next fiscal. About 80 percent are based in the urban areas where the company’s maximum models sell.

Suzuki is also planning the launch of all-new GSX-R750 middleweight sports bike due to hit the market in late 2018 or 2019 as the current generation of the GSX-R750 introduced back in 2011 hasn’t received any updates till date.
This is what the company sad in its press release:

A comprehensive product portfolio and consistent double digit growth in sales has enabled Suzuki to cross the annual sale mark of 3.5 lakh units in FY’17, indicating a growth of 12 per cent over last year.

Hiroaki Fujita, Chairman, India Yamaha Motor has set an export target of export over 2.2 lakh units from India this year compared to 1.61 lakh units exported last year while on the Domestic front, he is looking to sell 1 million scooters and motorcycles in 2017. The company aims to produce 1.5 million [two manufacturing plants in India at Greater Noida and Chennai, having a capacity of 6.1 lakh units and 5.6 lakh units, respectively] units by 2018.
In an annual supplier conference held at Greater Noida, Hiroaki Fujita, Chairman, India Yamaha Motor said:

Our target for this year is to achieve 1 million unit sales in domestic market and 2.2 lakh unit sales for exports market. In addition, we also need to reinforce the Indian parts export business in order to contribute to Yamaha business globally. While doing so, we must continue with our focus on the ‘Quality’ of our parts and products. 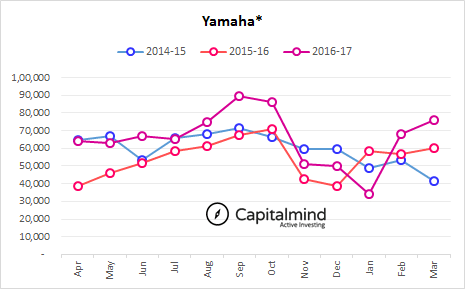 March 2017 was challenging as automobile sector in India had to offload BS III inventory which was re-affirmed by Supreme Court’s decision towards the closing. Yamaha however, has managed it well and logged in a decent growth for this month.

The company is en route to achieve 1 million in 2017 as well, through exciting products and by expanding its trade networks. Known for its fair practices and responsible outlook, Yamaha has already introduced its new line of BS IV variants which will gain traction amongst its customers.