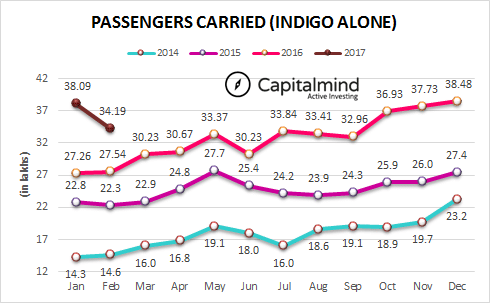 We bring you the “Domestic Airlines Report Card for India” for the month of February, 2017. We take a look at the Number of Passengers carried, Market Share of Each Carrier, Passenger Load Factor and others. (Here is the Report Card for January, 2017). 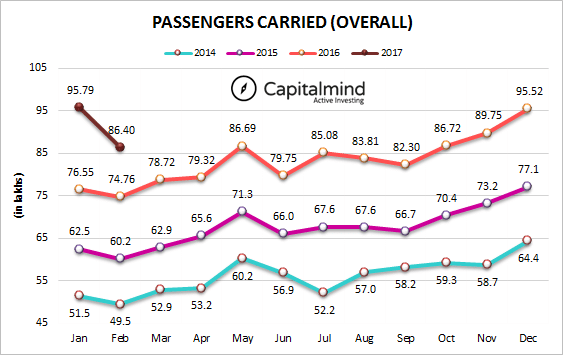 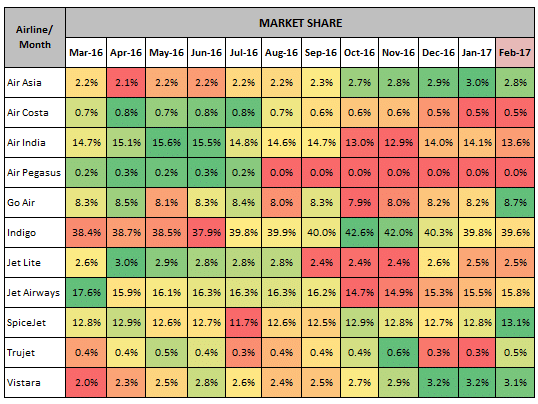 Indigo added 3 new destinations with flights being introduced to Madurai, Amritsar and Mangalore.

We couldn’t be more proud to inaugurate and land our first flight in Madurai. Thank you Madurai Airport for the warm welcome. pic.twitter.com/54Cmeh7lGV

Enjoying the golden moment as we celebrate our inaugural flight into #Amritsar. pic.twitter.com/XjieVkjr6c

Passenger load factor, or load factor, measures the capacity utilization of public transport services. It is generally used to assess how efficiently a transport provider “fills seats” and generates fare revenue.
Only Air India and Trujet has a Passenger Load Factor lower than 80% with Indigo falling behind from 90% to 87.7%. 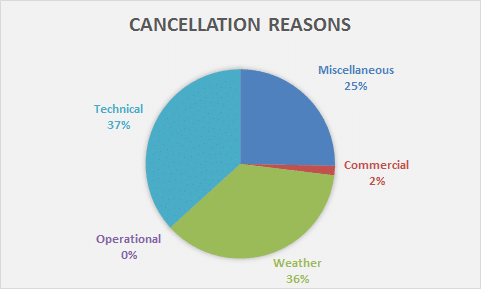 Source: Directorate General of Civil Aviation (India)
Love it or hate it, do leave us with your reviews in the comment section below!