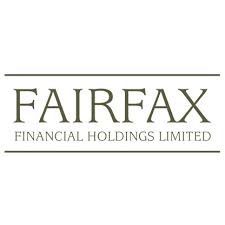 To value investors in India, the name of Prem Watsa of Fairfax Financial Holdings isn’t new. In Canada, the headquarters of his holding company, he has been likened as the Warren Buffett of Canada. While Fairfax has been a substantial investor in the Indian markets in recent times, the limelight came about in 2013 when Fairfax Holdings acquired Thomas Cook India Ltd from its distressed British Parent which was on the verge of a collapse into bankruptcy owing to the huge debts it had.
But even Big Investors aren’t immune to stumbles. Fairfax had its moment when it finally decided to cut loose its hedges it had created around its investments. But first, a bit of back story.

US Investors Not Bullish For Years

The financial crisis of 2008 not only affected investors financially but also in terms of sentiment with investors for years being scared of a repeat of such a meltdown. This is visible in terms of how Investor Sentiment has behaved since the great crash.
Here is the chart of the American Association of Individual Investors Sentiment Index. WE look at the percentage of folks who are bullish. Since the data points in itself are streaky, the same has been smoothed with a 8 week moving average. As the chart above showcases, majority of US Investors have not been bullish in a long time. With markets up big time and the bigger the difference between perceptions and reality, the higher the probability those investors will finally throw caution to the winds and try to get onto the rally which in turn can be a significant indicator of a top. This is the “FOMO” situation – the Fear of Missing Out.
This is what seems to have occurred in case of Fairfax Holdings. Fairfax Holdings is an investor in multiple companies, with a business model and structure similar to that of Berkshire Hathway, the holding company of Warren Buffett. But that is where it seems the comparisons end too.
While Buffett went all in when the financial crisis hit its nadir and has since done multiple Billion dollar deals, Fairfax Holdings in 2010 fully hedged its common stock portfolio. This was done to ensure that a repeat of 2008 will not harm the firm financially.

The cost of hedge is two fold. On one hand, the hedge itself has a cost (Cost of buying a Put Option for example) and second, in terms of the opportunity cost such a hedge will cost.
The election of Trump seems to have triggered a mini  burst in the markets with the Dow shooting up by 14.5%. This trigger also seems to be the reason for Fairfax to unlock its hedges and take the loss.
Total cost of the Hedges for Fairfax Holdings?
A colossal loss of 4.4 Billion Dollars.
Recently we have actioned strategies of taking a hedge to safeguard our portfolio. While the portfolio shot up, the cost of the hedge was pretty small to be ignorable. Hedges are best taken when there is a likely trigger or action that can have a cascading impact on the market. But once that passes, it makes greater sense to take the risk of volatility and not confuse short term downswings to 2008 style falls.

Since we fully hedged our common stock portfolio in 2010, we have been frequently asked, as we have constantly asked ourselves, under what circumstances would we remove the hedges. Obviously, a huge sell-off in the financial markets, such as that of 2008/2009, would have led to that result, as the hedges would have performed the purpose for which they were established. What actually happened with the U.S. presidential election on November 8 was the arrival of a new administration focused on dramatically reducing corporate taxes (35% to 15% – 20%), rolling back a myriad of regulations large and small which unnecessarily impede business, and very significantly increasing much needed infrastructure spending. In our view, this should light up ‘‘animal spirits’’ in America and result in much higher economic growth than what has prevailed in the last eight years. This would mean, over time, that long rates will rise – thus our decision to reduce the duration of our fixed income portfolios to about one year. Higher economic growth would result, we think, in higher profits for many companies, so that even though the indices may not go up significantly, we think a value investor like us can ply our trade again with less of a concern of economic collapse. When the U.S., a $19 trillion economy, does well, the world tends to do well!
….
. When we removed our hedges near the end of 2016, we realized a loss of $2.6 billion in 2016, but that included $1.6 billion which had gone through our statements in prior years. As discussed earlier, since 2010 we have had $4.4 billion of cumulative net hedging losses and $0.5 billion of unrealized losses on deflation swaps (which we still hold), offset entirely by net gains on stocks of $2.7 billion and net gains on bonds of $2.2 billion. The volatility of our earnings caused by our hedges and long bond portfolios is over – and as I said earlier, we are focused on once again producing excellent investment returns.