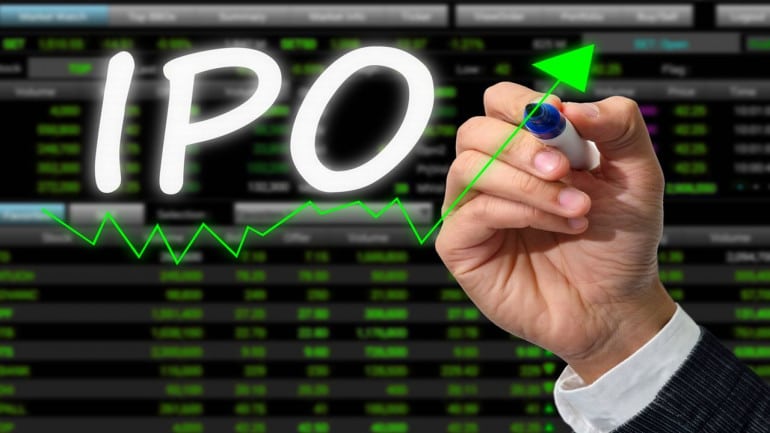 Passing of the Enemy Property (Amendment and Validation) Bill 2016 by both houses of parliament paves the way for the government to monetise assets worth more than Rs 1 lakh crore, which will come as a nice cushion at a time when the government is looking at ways to control the fiscal deficit. Economic Times

If a property-owner is getting a rent of more than Rs50,000 per month (pm), then the rent-payer is required to deduct tax at source (TDS) @5%. It will create a trail for the income-tax (I-T) department to ensure that the property-owner has shown the rent in her/ his tax returns and has paid the taxes. Consumer Resources

#macronomics: Five Reasons Why The Property Prices Are Not Decreasing Post Demonetization

The property prices have not corrected as anticipated or expected by the buyers. Does that mean that there is NO IMPACT of demonetization on property market? The Answer is NO. There is a deep impact but in laymen terms, so far the builders have absorbed this impact. Nitin Bhatia

#Aadhaar proposed to be mandatory for Income Tax returns pic.twitter.com/QhSeMdZoXb

Indian market delivering stellar returns and hitting a record high has got short traders on the wrong foot and has also boosted India’s market capitalisation/GDP ratio which now hovers around 100 mark, a valuation indicator which suggests that the market is going into overvalued zone. Moneycontrol

#general: Long Term Investing Is All About Saving Yourself From Yourself

The goal is to consistently lock my money up each year to create a perpetual windfall machine. It’s been years since I last went on a foolish spending spree. But as I enter my 40s, I’m afraid my old habits will return! Financial Samurai

#macronomics: Beginning of the end for FDI controls: Cabinet may consider proposal on dismantling FIPB in April

India has begun the process of dismantling some of the last remaining controls in the foreign direct investment (FDI) framework. Economic Times

#general: The Risk of a Crash Has Never Been Higher?

According to the CBOE SKEW Index, the risk of a stock market crash has never been higher. The SKEW Index is calculated based on S&P 500 options, measuring the perceived tail risk in S&P 500 returns over the next 30 days. Pension Partners

In 2015, Cliff Asness made the case that to earn attractive returns with proper risk-based diversification and low correlation to traditional markets, investors need to embrace ‘the three dirty words in finance,’ which he defined as leverage, short-selling, and derivatives. (Asness, 2015). In deference to George Carlin’s seven dirty words, I believe that we should expand Cliff’s list to include the dirtiest word of all: market timing. Aplha Architect

Almost eight years ago to the day we saw the trough of the stock market during the Global Financial Crisis when the S&P500 index closed at 676.53 and the Dow Jones Industrial at 6,547.05. The intra-day low on March 6 was even a bit lower – the very ominous 666 points in the S&P500. Everyone pretty much thought the world would end soon! Early Retirement

This startup is going after the $35-billion liquor industry in India, and will enable people to use smartphones to buy their favourite spirit bottle on their app, which can be redeemed by portion in any hotel across the country. Your Story

India is targeting an ambitious 40-notch jump in the World Bank’s Doing Business survey this year. Last year, its rank rose by just one place to 130 in the survey that measures the ease of doing business in various countries. Live Mint

#general: The making of a Sultan: the rise of Erdogan

The rise of Turkey’s Erdogan to absolute power is a classic example of the crisis democracies face today. Turkey’s political system will undergo drastic changes if its President, Recep Tayyip Erdogan, manages to get the support of a majority of the electorate for his constitutional amendment plans in the April 16 referendum.

Post demonetisation, the delinquencies in microfinance institutions (MFI) loan books are rising. Ratings agency ICRA recently downgraded its outlook on two prominent MFIs to negative from stable, mainly due to limited currency supply and disruption in borrower cash flows, which hampered overall the collection efficiency of these lenders. Money Life

#fx-commodities: The $’s April Showers Can Bring May Flowers to Gold

Regardless of how hawkish the Fed frames possible future rate hikes this year, we suspect a cyclical breakdown in the US dollar index to unfold. Moreover, by our estimates of the leading market breakdown in US Treasuries last November, the window for a dollar break appears to be now open and extended through April. Market Anthropology

#fx-commodities: Dollar Bulls Are Throwing in the Towel as Trump Wagers Evaporate

Four months after the dawn of the Trump trade, currency investors worldwide are capitulating.That’s the signal from Bank of America Corp.’s flow data, which blends positioning and sentiment surveys conducted with its hedge fund and real-money clients, and publicly available futures data. The bank’s takeaway is that bullish dollar positions put on after the election have completely disappeared. Bloomberg

The S&P 500 is down over 1% this morning. While in the old normal that would be nothing much to note, in the new normal, this is the biggest drop since October 11th! Zero hedge

Just for fun, Google the words “market pullback.” There are over 2.2 million results–most of them market predictions–and the first page of results is dominated by calls for an imminent market reversal that the simple desk calendar has already proven false. Tim Maurer

Volatility has declined very sharply, so quite naturally, pundits suggest that investors are complacent and conditions are ripe for a nasty surprise. Such warnings deserve harsh criticism. Bloomberg

BSE to levy transaction charge per trade versus levy on every Rs 1 crore transacted. pic.twitter.com/npivgyn2zM

Facing a multitude of problems including pollution regulations, ‘gau mata’ protectors and the scale economies of large mechanised slaughterhouses, Kanpur’s leather industry is facing a decline. The Wire

Players who have bought Avenue Supermarts shares at a hefty premium in the illegal grey market, as well as high networth individuals who have bought shares on borrowed funds, are a jittery lot ahead of the listing of the shares on Tuesday. Money Control

With Nifty rallying over 63% in last 14 months and people talking about 10000 frequently now (at least till the next 300-500 points correction), it may sound a bit desperate. But after checking all the charts one final time before writing this article, I couldn’t think of anything less bullish, leave alone any bearish thoughts. Fire Charts

Everyone wants energy independence. Everyone—from politicians and business people to academics—says that our reliance on foreign energy is bad. But have we really thought about this? Does it make sense? Farnam Street

Edelweiss Asset Reconstruction Co. (ARC) Ltd is planning to file an insolvency case against Bharati Defence and Infrastructure Ltd in the National Company Law Tribunal (NCLT) to pre-empt winding-up petitions by unsecured creditors, said two people familiar with the matter, including a senior official at the ARC. Live Mint

Implementation of so-called naive risk parity where the portfolio weights are calculated as the inverse of volatility of each asset. This is considered naive because (well, among other things) it does not take correlations between assets into account.Note that CAGR is about 4% and the very high Sharpe which is due to the approach generally favouring bonds. Quantopian

If you want to invest in bank stocks, few things are more important than valuation. If you buy stocks at too high of a valuation, then your future returns will suffer. Buying stocks at a low valuation, by contrast, positions you to generate outsized returns in the years ahead. Motley Fool
Love it or hate it, do leave us with your reviews in the comment section below!