Containers is an 8-part audio documentary about how global trade has transformed the economy and ourselves. Host and correspondent Alexis Madrigal leads you through the world of ships and sailors, technology and tugboats, warehouses and cranes. Podtail

Drug firm Wockhardt today said the Health Products Regulatory Authority of Ireland has given nod to the renewal of certificate for its Aurangabad facility. Business Standard

Hewlett Packard Enterprise Co.  will buy Nimble Storage in a deal valued at about $1 billion to expand the corporate-technology provider’s hardware lineup, adding another acquisition to its recent flurry of purchases aimed at bolstering growth. Dallas News

This is the detailed annual analysis – comparing Nifty P/E with Investment Returns. It compares returns earned (during various periods ranging from 3 to 10 years) when investments have been made at various PE levels of the Nifty-50. Stable Investor 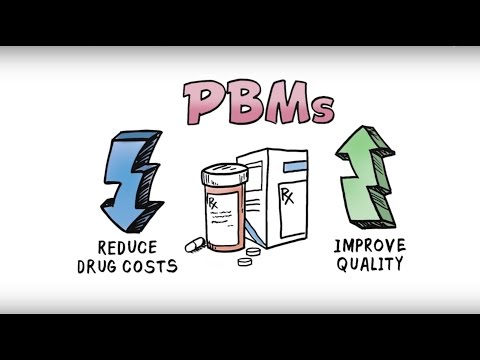 #general: Swedroe: The Downside Of Momentum

Momentum has had the worst crashes, making the strategy unappealing to investors with strong risk aversion. ETF

#commodities: One trading firm in Singapore is buying mind-boggling amounts of the world’s sugar supply

Wilmar International agreed to buy more than $500 million in sugar at the expiration of a contract on the ICE futures exchange. (Futures are agreements to buy or sell assets at a fixed price at a later date.) In 2016 alone, the company handled a whopping 8% of the world’s sugar production, according to the Wall Street Journal. Quartz

The IPO of Avenue Supermarts, which runs the D-Mart supermarket chain, is likely to see significant oversubscription. However, if the so-called GMP (grey market premium) is any indicator, the blockbuster listing might ensure healthy gains for HNIs if the oversubscription doesn’t cross historic highs. Money Control

3 products are changing the market dynamics in the non-debt segment in India, and they cannot be ignored: Subra Money

#general: I am not a free enterprise, customers must pay me for my services: Aditya Puri, HDFC Bank

HDFC Bank MD Aditya Puri doesn’t mince words, be it opposing freebies even if it is from the government or praising drastic steps like demonetisation. In an interview with ET, he says the future of Indian economy as well as his bank, is brighter than it was in the past. Economic Times

Analysts believe an overall 10-15 percent cuts in costs is likely for all take-offs from Delhi. This may be followed by similar news in Mumbai and Chennai. Money Control

The government will next week launch the third tranche of CPSE Exchange Traded Fund, managed by Reliance Mutual Fund, to garner about Rs 2,500 crore. Times of India

#general: Uber Should Beware the DUD Behind Indian Expansion

#general: How Long Will This Bull Market Last?

You’ve probably already heard that this week marks the eighth anniversary of the bull market. Some would argue, myself included, that bull markets don’t start at the depths of a bear, but whatever, let’s just go with it for the purposes of moving past a dead and beaten horse. The Irrelevant Investor

#general: A clinical test of the 5 most popular Smart Beta factors

If treated like new drugs, most would never be cleared for sale to the public. Financial Times

You can now switch from #EPF to #NPS and it’s not taxable: Here’s how https://t.co/TuapbjcKjP pic.twitter.com/ufJww9rE5M

The government would also monetise the confiscated benami properties for construction of affordable homes to address the housing shortage. Economic Times Realty

#general: Domestic equity inflows could double to $ 55 billion due to Demonetisation, says Citi

Even this could be an implication of demonetisation. Global research house Citi believes the flow of domestic money into India’s equity markets may double during the next financial year (FY) to $ 55 billion compared to the $ 28 billion during FY 2016-17.  Economic Times

#general: Do Not Shift Your EPF Corpus to NPS: It is a Trap!

In August 2016, Dhanlaxmi Bank had skipped interest payments on its Upper Tier-2 bonds as it didn’t meet its minimum capital requirement in the March quarter. Livemint

#general: ‘But what about the railways …?’ ​​The myth of Britain’s gifts to India

Apologists for empire like to claim that the British brought democracy, the rule of law and trains to India. Isn’t it a bit rich to oppress, torture and imprison a people for 200 years, then take credit for benefits that were entirely accidental? The Guardian

#bonds: Mutual funds: How to take advantage of ‘March phenomenon’

In the money market, which is the market for very short maturity instruments, interest rates move up due to higher demand for money. The peaking of interest rates happen typically around the third week of March, since corporates and banks do not wait for the last moment to manage their balance sheets. Financial Express

#general: Have public issues begun treading their own path?

Gone are the days when companies would time their IPOs to the sentiments in the secondary market. Over the last few years, companies are going for fund-raising through public floats irrespective of the performance of the secondary market at that point in time. For example, in FY16, capital raising witnessed growth of 15.5 per cent in FY16 even as benchmark indices and the broader market gave negative return of 8-10 per cent. The Hindu Business Line

Berkshire Hathaway is simply a sine wave with a bigger amplitude. It has higher returns but with more volatility over the same time period as the hedge fund bet. Somewhere, a hedge fund manager is getting the return of a high yield bond with the volatility of a certificate of deposit. That is the guy who is a sorcerer.  Bloomberg

With the initiation of CNG and comeback of radio cabs, the road seems tough for aggregator cab drivers. DNA India

#general: Explaining a Paradox: Why Good (Bad) Companies can be Bad (Good) Investments!

In nine posts, stretched out over almost two months, I have tried to describe how companies around the world make investments, finance them and decide how much cash to return to shareholders. Aswath Damodaran
Love it or hate it, do leave us with your reviews in the comment section below!