Sebi is conducting audit of 15 stockbrokers to determine the extent of unlawful gains they may have made by unfair acess to NSE’s algorithmic trading systems. Livemint

The Indian automobile and tractor sectors suffered a revenue loss of Rs 8,000 crore in November and December due to demonetisation, according to Mahindra and Mahindra Managing Director Pawan Goenka. Times of India

#bonds: More to Taurus than Meets the Eye

After last week’s sharp fall in the NAVs of Taurus MF’s liquid and debt schemes, the media and other commenters were quick to link it to their high level of exposure to the downgraded commercial paper issued by Ballarpur Industries Ltd (BILT).  While that is correct, there is more to the investments made by these schemes in BILT than what has been pointed out. MF Critic

The GST Council has proposed to raise the peak tax rate to 20 per cent, from the current 14 per cent, in the model goods and services tax Bill to preclude the requirement of approaching Parliament for any change in rates in future. Times of India

#general: Data brokerage: All your personal data up for sale for less than a rupee

If data is the new oil, then there is a gigantic oil spill all around you. Your personal data — be it your residential address, your phone number, email id, details of what you bought online, age, marital status, income and profession — is all up for sale. Most of this personal data is sold for less than a rupee per person — the cost of a chewing gum. Times of India

#general: Smarter than wolves of Wall Street; politicians’ net worth up by 40,000% over a single term

An investigation reveals that politicians’ net worth has gone up by as much as 40,000% over a single term in office. DNA India

Power utilities in Rajasthan, Haryana, Chhattisgarh and Punjab are among the major gainers in lowering their interest cost. Livemint

‘rich Indians have a pathological hatred of paying taxes’
&
‘Capital gains bonds are a bad investment’
…& other insights by @dhirendra_vr pic.twitter.com/5jLsLDKzIL

Increased stake checks many of the boxes of Berkshire Hathaway’s biggest investments. WSJ

If the $24 billion self-styled “camera company” run by a 26-year-old fails to achieve its ambitions, shareholders have only their capitulated selves to blame. Reuters

For Jio Prime Members, two more monthly plans will be available other than the Rs 303 plan announced last week. The cheapest monthly plan is Rs 149 which offers free domestic voice and 2GB data without any daily limits. Another plan offers 60 GB (2GB daily data allowance) and unlimited voice for Rs 499, according to a CLSA note. Money Control

#general: Apple iPhone users, you may need to ‘throw away’ your Lightning cables

It looks like Apple iPhone users who are planning to buy the upcoming models, likely to be called iPhone 8 and iPhone 8 Plus, may have to ditch their Lightning charging cables. According to a report in The Wall Street Journal (WSJ), Apple’s upcoming smartphones may sport USB Type-C port. Gadgets Now

Growth of 8 core sector industries slows to 3.4 per cent in January compared to 5.7 per cent in the year-ago month, reports PTI

The DIPP, while stressing that it had brought down the number of reforms, had gone for a deeper dive into every individual action point. This nearly doubled the work for states this year. Economic Times

BlackRock Inc., the world’s largest money manager, reduced annual employee bonuses by an average of 2 percent to 4 percent for last year, the first such cut since 2011, a person with knowledge of the matter said. Bloomberg

Borrowers Beware: Your Bank May Be Ripping You Offhttps://t.co/MPbxxsacRt@suchetadalal pic.twitter.com/FWXT5RDcwb

#general: Even hill stations will be hotter this year, warns IMD

The summer forecast is in line with a generally warm trend over previous months. 2016 was the warmest year in a century, according to the IMD, with the country 0.91 C warmer than the 1961-1990 average. The Hindu

Traders queued up to buy shares of Future Retail as Morgan Stanley initiated coverage with an overweight rating. Livemint

#macronomics: Believe in Indian GDP Growth at Your Own Peril

India, vote for your fav route from 1 of our proposed 5. Now traveling doesn’t need to take days! #VisionForIndia https://t.co/TGd8IxVsKh pic.twitter.com/L7h5DPy21j

#macronomics: GDP growth: It feels like our government has taken lessons from the Soviet Union in massaging data

Images of laid-off workers, of farmers selling produce at throwaway prices, of millions standing in lines for long hours each day were clearly fake news. Scroll

The traders association in January called upon its members to boycott the two foreign cola brands and urged them to promote fresh juice and drinks made by Indian companies. Moneylife

#stocks: Is that stock expensive?

The PEG ratio is a better tool than P/E to judge how expensive a stock is. Value Research

Over 28,000 professionals have signed an online petition asking the ministry of labour to stop IT companies from holding workers to a three-month non-negotiable notice period. Economic Times

The effect of 2&20 – even on remarkable returns – becomes insurmountable for the end investor.https://t.co/AEAd50Ctir

#stocks: Snap’s Two Co-Founders Are Now Worth $5.3 Billion Each After IPO

Investor appetite for the first tech listing of the year boosted the fortunes of Evan Spiegel and Bobby Murphy. Bloomberg

Silver imports by India, one of the world’s top buyers, will probably shrink this year to the lowest since 2012 as the government cracks down on black money, farmers struggle for cash and stockpiles remain ample. Bloomberg

BAML: “we recommend buying S&P 500 puts for the second half of 2017.” https://t.co/LCIRuoNLVI pic.twitter.com/KQaTbmiFcx

#general: Moneyed individuals are jumping onto the startup bandwagon

Wealthy individuals with an appetite for risk are increasingly viewing startups as a viable asset class. Forbes India

A minority shareholder in Raymond Ltd. has said that the fabric maker and fashion retailer used company funds to redevelop Chairman and Managing Director Gautam Singhania’s home in Mumbai and to buy yachts and aircraft. Bloomberg Quint

#general: Notes from Howard Marks’ Lecture: 48 Most Important Things I Learned on Investing 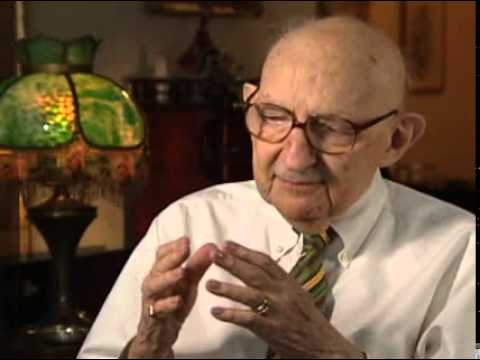 #general: Not just withdrawals, banks charge you for checking balance and mini statement too

Apart from the levies on withdrawals beyond the free limit, banks charge you for checking balance and accessing mini-statements at the ATM as well. India Today

#bonds: How unusual move caused suspicion in the bond market

The lack of 10-year government bonds in the special repo market caused benchmark yields to significantly drop Thursday, triggering suspicion of a coordinated attempt to create a scarcity of relevant debt paper. Economic Times
Love it or hate it, do leave us with your reviews in the comment section below!