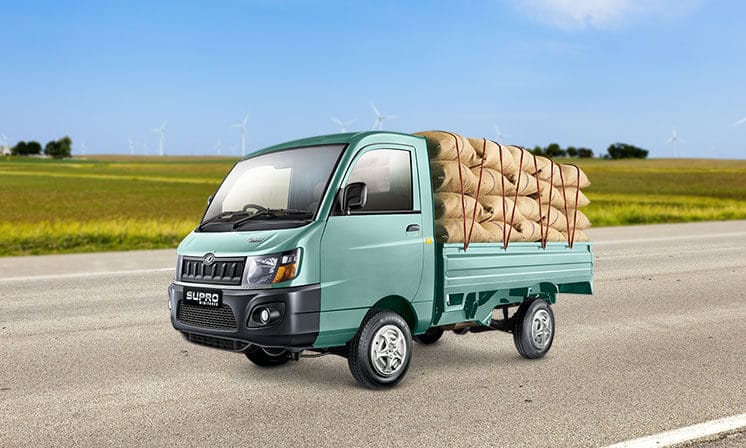 Backing demonetization in spite of bearing some burns on the business end, M&M Chairman Anand Mahindra said that he stands by the government and that the move has created transparency.

He (Prime Minister Modi) has created transparency and traceability. He has changed the mind-set (in such a way that) everybody is going to think twice about going back to their old ways and from what I understand, the conversion to digital has occurred at a pace much faster.

On the Passenger Vehicles front, M&M is closer to the launch of the petrol version of its high in demand XUV500 along with plans of introducing even the Scorpio in the petrol version. M&M has already introduced the sports version of the XUV500 at the end of January as the category now faces new challenges from Tata’s new premium product, the Hexa. Here is what the company said in a statement:

The gasoline (petrol) version of XUV500 is likely to be launched in Q1FY18. Currently, the XUV500 is available only in diesel fuel option with two engine variants of 2,179 cc and 1,997 cc. Depending on the response to this product, the company would launch gasoline version of Scorpio.

A new product code named U321 is being developed by the company for which it has set aside a fresh investment of Rs. 1,500 crore at both the Nasik and Igatpuri plants in Maharashtra. Nasik plant investment is targeted towards manufacture of vehicles while Igatpuri plant investment would be for the manufacture and supply of engines. The U321 project which is being currently developed out of Mahindra’s North American technical centre is a premium MPV which will take on Toyota Innova when launched in second half of FY-18.

On the Commercial Vehicles front, M&M confirmed the hit it had to take in the 3 wheeler business wherein its customers were not able to arrange the cash required for down payment. Putting this cat back in the bag, M&M continues to focus on the commercial vehicle market as the company unveiled 7 new vehicles under Supro brand. 4 of the vehicles would be for the Passenger Van segment while the remaining 3 would cater to the Load Carrier category. The models include Supro minivan, Supro minivan VX, Supro minivan CNG and Supro school van and three new variants of its modern load carrier, Supro Minitruck, Supro Minitruck CNG and Supro Cargo Van. The vehicles come with a warranty of two years or 60,000 kilometres, whichever comes earlier.
M&M President & Chief Executive (automotive) Pravin Shah said:

With the launch of the Supro Minitruck and Minivan, we will further strengthen our portfolio under the ‘Supro’ brand umbrella. I am sure that the Supro platform will go a long way in helping our customers prosper in life, in line with Mahindra Rise philosophy. Both the vehicles are priced “competitively” and are BS4 compliant.

On the Electric front, M&M expects its manufacturing plant in Karnataka to reach a capacity of 5,000 units (against 2,000 units produced last year) this year as the company continues to flood the market with its electric vehicles for both personal and commercial purposes (last year M&M introduced 4 different variants i.e. the e2o plus, eVerito, eSupro Van in cargo and passenger version). The company is setting up additional infrastructure in terms of battery charging points in malls, IT parts etc. as it continues to cater to the increased demand from the startup sector especially the likes of Big Basket that currently uses over 50 Mahindra electric vehicles. 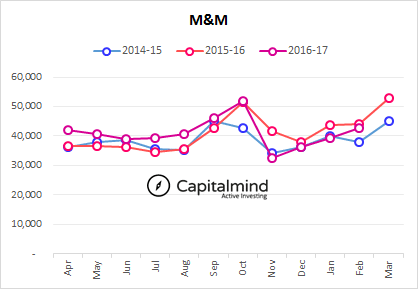 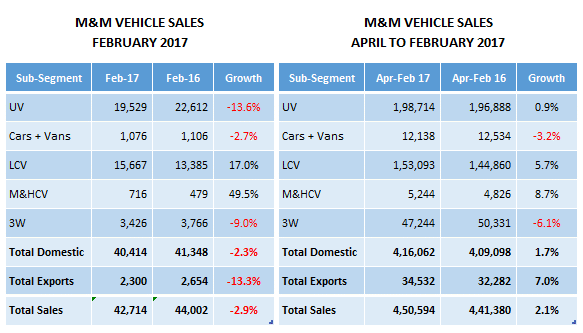 The auto industry is seeing some positive trends emerging over the last two months. With rural sentiments improving, we believe that there will be a turnaround in demand over the next few months for the small commercial vehicles space. The industry is also waiting for the implementation of the BS 4 norms from April 2017 and at Mahindra, we have geared the supply chain so that there is no strain in moving to meet the new emissions norms. We also hope that the impending implementation of GST will provide a veritable boost to the auto industry and the economy in general.