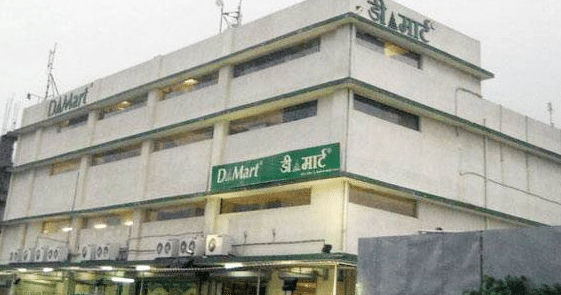 What’s to not like about the DMart IPO? This is a relatively small one (only 1870 cr.) with a price of around Rs. 299. That’s about 6.25 cr. shares to be issue. One good thing is: promoters aren’t selling. That means a fresh issue of shares only, and the total equity will go to 62.4 cr. shares. Promoters and others will still own a significant chunk of the company (around 90%) which we imagine will be diluted later.

They sell food/groceries, FMCG Products and Apparel/Garments like bedsheets and home furnishings. More than 50% of revenue is the food/groceries segment, with the home furnishing piece adding 25% or so.
This is great for lack of online competition because online companies suck in all of these spaces (except perhaps branded FMCG). And honestly, their target segment likes to touch/feel/choose products like bedsheets or groceries. (The online model is terrible – if you want 10 things, they will send you just 8 and then you have to go to a shop for the remaining 2. A few times of this and you’ll just give up and go to the shop for everything. But I digress)

It’s darn simple. This is one awesome operation. I lived closed to a DMart in Nerul, Navi Mumbai, in 2008. I was close to a number of large format stores – from Hypercity to Reliance Fresh to what not. But DMart was way ahead of all of them. They had the smallest things figured out. A four counter checkout wouldn’t be too busy – why? Because the managers were crazy about managing queue lengths – they would add bagging personnel, double up on slow counters etc. Even the check out process was awesome – instead of placing the criss-cross bar code detectors facing the checkout person, they would have them facing outwards so that the checkout person could see the barcode and get it read at the same time. It’s an optimization common in the western world, but in crowded Indian stores it saves about a second per item, which is very very large.
And then, they discount everything. I mean nearly everything. Every day. You don’t have to wait for a deal. Just go, and pick up stuff and you’ll get some discount or the other. Other stores will discount dal but offer rice at a slight premium because you will typically buy both. Not DMart. They do it so that you don’t feel gypped. And the middle class in India is super aware of getting gypped and they hold their grudges.
You take the two things above, and add the flavour of insane cash and inventory management – where they have distribution centers, supplier deals and just-in-time restocking – and you have a pretty awesome player. They specifically make their suppliers happy by paying much ahead of their requirements, so that suppliers don’t cause delays. (Delays can happen if supplier cash management goes for a toss)
The result is: They are reasonably profitable. They made over 8800 cr. in the nine months of Apr-Dec 2016, and it’s grown at a CAGR of 40% or so since 2012. They’ve been operating-cash-flow positive in the last five years. They made about 387 cr. of profit in the 9M ended Dec 2016, which if extrapolated gives them about 520 cr. of profit for the year.
The ROE is a 20% which is very decent for a retail store operation.
The management feedback from the street is extremely good. Nevil is a hard worker and has built a great team and processes. The promoter, RK Damani, is a well known face in stock markets and a mentor of Ramesh Damani (unrelated I think) and Rakesh Jhunjhunwala. And they’ve tried smaller formats (IIRC, a format called Foodland Fresh was started by the promoters in Navi Mumbai, which flopped, and they went back to the large store format) So the try, learn, evolve.

They Own Their Stores, But…

DMart owns nearly all their stores, though some of the distributions centers are rented. Owning stores is good in the longer term to protect against rising rents in densely populated areas (their primary market). But it will hurt metrics like asset turnover ratios and return on equity (since their asset bases will be high) in the short term. But this business should be viewed through multiple metrics.

What will they use the money for? Pay off Debt and New Stores

DMart has 118 stores. This is like 1/4th the stores of Reliance Fresh. But they’re going to use the money to expand. They will:

They are concentrated in MH and GJ (where most of their revenue comes) but want to expand to KA, AP, CG and the north of India. Their stores are about 45,000 sft in size, so this issue gives them the ability to expand to 25 stores more, or about 20% more stores. 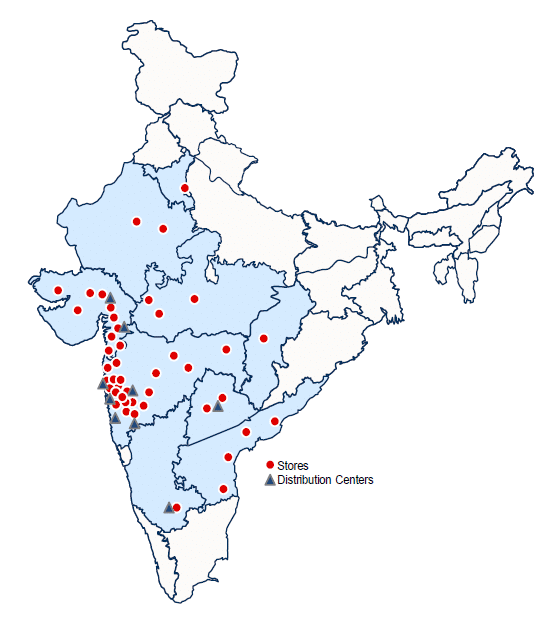 Also, they repay debt upto Rs. 1080 cr. They have around Rs. 1330 cr. of debt, and their interest costs are around Rs. 130 cr. per year. However, a lot of this debt is in NCDs (debentures) which cannot just be paid back easily, it requires to be bought back and negotiated. So interest costs will not come down immediately, but over the next three years. If they get rid of Rs. 100 cr. in debt, then net profits will go up about 70 cr (have to back out the tax implication) which is about 15% higher than current levels.
That and store sales growth could help increase their margins. But in the medium term, this is not enough to command high valuations and they will need to push forward into other areas too.

There’s a company called Avenue E-Commerce Limited, where the promoters own 51% and DMart owns 49%. This is a risk because the promoters hold a majority and decision on Ecommerce migration or competition might not result in flows to DMart, it could instead flow into this associate.

At this point, there is so much oversubscription that it’s hilarious to even attempt anything. It looks like you can’t get more than 50 to 100 shares even if you tried, so it’s best to only apply for that much and wait.
HNIs are taking loans and applying to this company, hoping to get some allocation by applying for a huge number of shares. So a loan of Rs. 27 lakh for 15 days will cost them, at 10% interest, about Rs. 11,500. And they will apply for 10,000 shares, with 300,000 of their own money – hoping to get at least 100 shares allocated. (if it’s a 100x oversubscription for HNIs). Those 100 shares will have to list at Rs. 500 to give them a profit of Rs. 20,000, and they’ll pay back the interest, and be left with about Rs. 9000 which is a 3% return on capital. Yes, insanely risky, but that’s what’s happening.
This also means there will be a massive pressure to sell if the share lists at a lower price. And it’s a sign of overheating. This IPO may be okay as a company goes, but later you will get total duds or the likes of Reliance Power (where everything was in the future). Those will not end well. It’s just a warning sign.
Meanwhile at Rs. 299 this is a stock with a P/E of around 32-35 but has the potential to grow. So we would apply for one lot just to participate but any meaningful entry has to only be after listing. A price of 500 is way too expensive for this company, so if it lists there it might just have to be watched and admired from the sidelines.