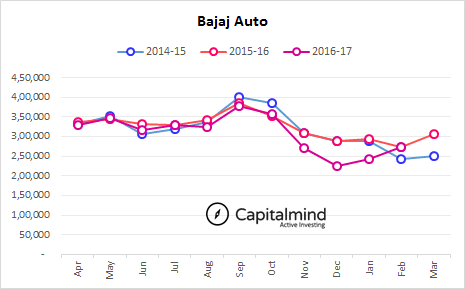 Voicing a strong concern on the impact of demonetization, Rajiv Bajaj termed the idea of demonetization as “wrong”. He also mentioned that demonetization had led to job losses and said if the idea (demonetization) is not working, one shouldn’t blame execution. He also went about blasting all calls for extension of the deadline to comply with BS IV norms from the 1st April, 2017 saying such a demand will increase perception the sector does not care for the public wellbeing. Bajaj has already launched BS-IV emission norm compliant 2017 edition of Pulsar RS200 and NS200 models.
He added, Bajaj Auto has complied with this directive and has been manufacturing BS-IV complaint vehicles from last October and completed the process by January. From last month all our three plants are BS-IV compliant and so are all our models. We have thus ensured that all vehicles presented for registration from April 1 onwards will meet the new emission norms.

It is pertinent to not that BS-IV emission norms come at a substantial cost (additional Rs 1,000 and Rs 7,000 per vehicle). All those who don’t change over on time will commercially benefit by selling their BS-III products at a lower price if the amnesty is granted. Therefore, the manufacturers who have followed all directives in letter and spirit will actually end up being penalised.

This vent out was in response to a meeting called by EPCA on the countrywide rollout of BS-IV norms. Most commercial vehicle manufacturers submitted that they won’t be able to comply with the direction because of the pending inventory. The companies, including Tata Motors, Mahindra, Eicher Motors, Piaggio and Ford India.
Well, Rajiv Bajaj did not stop at this. He went on to term the government’s flagship manufacturing initiative – “Make in India” as “Mad in India” as Bajaj continues to face hurdles in launching its quadri-cycle in India even though it’s been 5 years since the model was launched in the international markets.
Bajaj Auto reported sales of 273,513 units in February, 2017 against 272,719 units during the same time last year resulting in a flat growth. 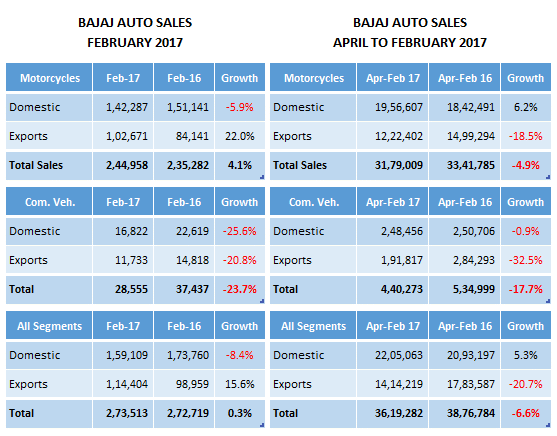