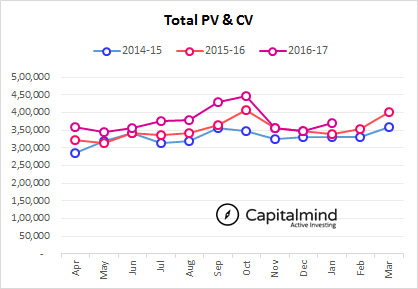 Sales of Passenger & Commercial Vehicles stood at 3.68 lakh units in January, 2017 against 3.30 lakh units during the same time last year resulting in a growth of 11.42%. 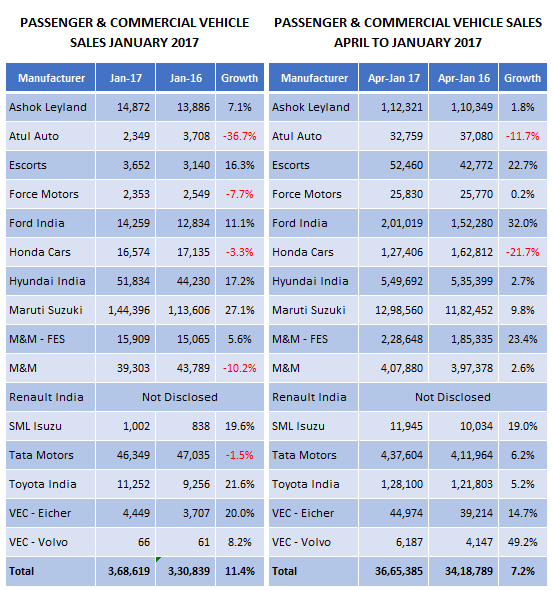 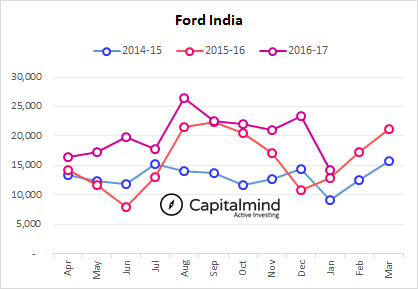 We continue to grow faster than the industry which is a testament to our strategy focused on product led innovation, delivering differentiated customer experience and busting the myth of Cost of Ownership. The industry continues to face short-term headwinds even as long-term outlook continues to be positive. The outlook is further strengthened by the government’s roadmap to boost rural economy, provide relief to personal income tax, and investment in further building the infrastructure. A timely implementation of GST is expected to make a significant positive impact on the economy while raising consumer sentiment in the months to come.

Here is what one of Hyundai’s executive had to say on the numerous entries in the Indian Car Market:

There are “multiple uncertainties” in the Indian market, which are limiting the capacity of companies to plan freely. The situation is so intense that “only a fortune-teller or an astrologer can predict”, which way the demand will be headed.

Hyundai also reported its 4Q financials. The parent company reported a 39% drop in its quarterly net profit. Hyundai continues to focus on discounting its products very heavily as it loses ground in all major markets. Hyundai India launched the Hyundai Professional Development Center at Pusa Institute of Technology, New Delhi. The tie-up aims to give exposure to Automobile trade students to modern automobile technologies.
Hyundai reported sales of 51,834 units in January, 2017 against 44,230 units during the same time last year resulting in a growth of 17.2%. 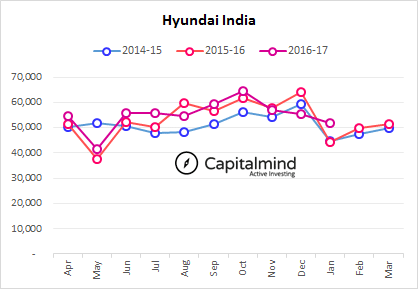 Year 2017 looks promising with entire industry optimistically looking forward for a positive growth. Hyundai has shown all model growth of 17.2% on account of good performance by super performer brands Grand i10, Elite i20, Creta and without any new mass model launches. The Union budget will give boost to economy especially rural with focus on infrastructure creating a robust business environment thus helping auto industry and positively contribute to National GDP.

Honda will mark its entry in the sub 4 metre segment with the launch of the WR-V from March, 2017. The production of the model has already begun in the company’s plant at Tapukara in Rajasthan. 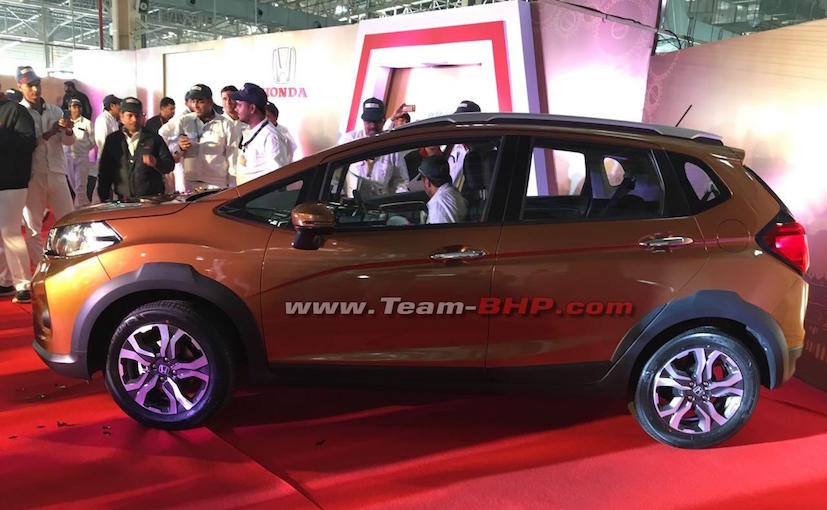 HCIL sales results recovered this month as the consumer sentiment and currency situation has started improving gradually. We hope the situation normalizes and market recovers quickly. 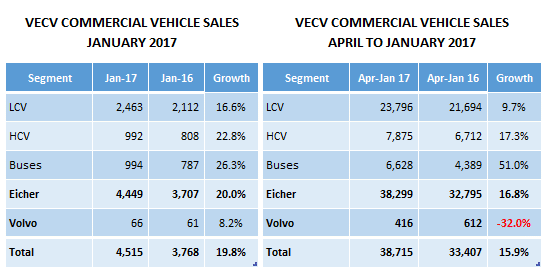