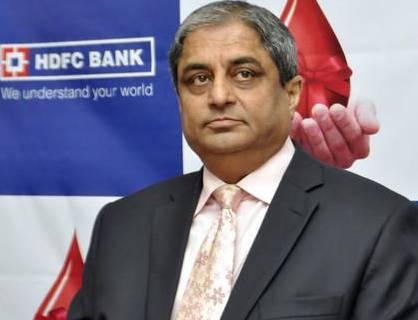 #general: Financial tasks you should complete before 31 March

NASSCOM defers giving guidance for FY18 to next quarter. pic.twitter.com/JCAkKOUPOh

#bonds: 3 signs that tell you to sell a mutual fund

Look at these as early-warning signals, which you can utilize to reach a decision faster. Livemint

The interest rate on the PPF is almost 60 basis points higher than it should be and the Senior Citizen’s Saving Scheme offers 8.5% instead of 8.1%. RBI says these high rates prevent banks from attracting deposits. This in turn prevents the reduction in policy rates to translate into lower lending rates. Economic Times

#general: Tackling distressed loans: Bad bank is not a bad idea after all

When the chief of the nation’s biggest bank says “anything that will help to put these stressed accounts into becoming standard would be welcome,” it reflects the exasperation of bankers in solving the festering bad loans problem. Economic Times

Infosys chairman R. Seshasayee says putting on record Rajiv Bansal’s severance pay is a ‘housekeeping’ issue and not a cause for concern. Livemint

#stocks: TCS board to consider buyback on February 20

India’s largest software company, TCS, confirmed this morning it would consider doing a buyback on February 20, in line with recent calls by investors that IT companies look for ways to return excess cash to shareholders. Money Control

#bonds: Facility for buying back fractional Units of Liquid BeES

Starting Monday, it’s turning off Google’s first-click free feature that let people skirt the Journal’s paywall by cutting and pasting the headline of a story into Google. The Journal tested turning off the feature with 40 percent of its audience last year. Digiday

#macronomics: In Beef Over Bank Notes, Bank of England Sticks With Animal-Fat Bills

The central bank said it would cost too much to withdraw the five-pound notes. WSJ

SpiceJet, the best performing aviation stock in the world in 2015, has been described as the best bet in the Indian aviation sector by Anand Rathi. Defence Aviation Post

#bonds-from the past: Use interest stripping to cut your tax

Interest stripping is a tax planning strategy that can help high networth individuals (HNIs) and investors in the high tax bracket to reduce their tax burden. Times of India

#general-from the past: The Risks Of Buying Bitcoin

Bitcoin, the first cryptocurrency on the virtual block, has garnered much attention since it was first created in the year 2009. It is an internet currency involving a person to person payment and operates without a third party (bank or central authority) and do not enjoy government backing. Investopedia

Aditya Puri, the Managing Director of HDFC Bank has said he sees no future in digital wallets. Speaking at the Nasscom India Leadership Forum today, Puri was skeptical about this new trend in digital payments, which gained huge traction after demonetisation. Economic Times

Kraft Heinz confirms it has approached Unilever about a deal that could be worth over £100bn. The Guardian
Love it or hate it, do leave us with your reviews in the comment section below!