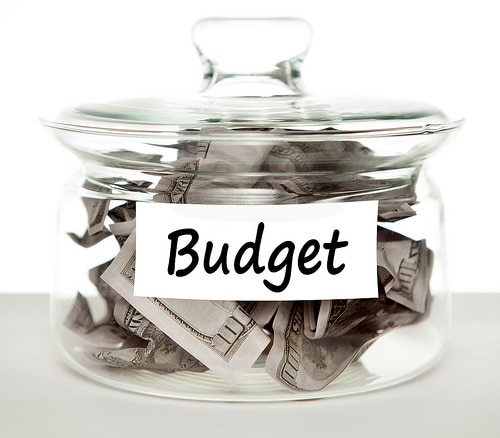 #general: Union Budget 2017: Dominance of FIIs will be over in next 5-10 years: Prashant Jain, HDFC AMC

In a chat with ET Now, Prashant Jain, ED & CIO, HDFC AMC, says the local flows, the local investor will play a very important role in the markets in India. Economic Times

The amount of potential black money in the system could be Rs 3 lakh crore or Rs 7.3 lakh crore, says the Economic Survey.  Economic Times

The Economic Survey 2016-17, a prelude to the budget was tabled by Finance Minister, Arun Jaitley today in the Parliament. And for the first time, the finance ministry’s economic team headed by Chief Economic Adviser Arvind Subramanian has given a broad overview of the impact of demonetisation on the economy. Boom Live

Donald Trump has threatened to have the government negotiate prices directly with the pharma industry on behalf of Medicare and Medicaid, which are world’s biggest purchasers of health-care products. Livemint

Although we examine stock options grants as the primary mechanism for employers to discourage whistleblowing, there are others tactics firms can use as well. HBR

One of the benefits of advances in technology is the fact that we’re overflowing with information. This can be a double-edged sword. As Chuck Klosterman said, “We now have immediate access to all possible facts. Which is almost the same as having none at all. A Wealth of Common Sense

#general-from the past: What is Outcome Budget?

Well, Finance Minister P Chidambaram might just have the answer to that: in the form of the proposed Outcome Budget, which to be presented in Parliament on Thursday. Rediff

Here’s a quick reader for a few of the big things that are changing in the Government of India’s budget this year. Context, not just predictions. Medium

It has become manifestly clear that it is a political move without an economic rationale. Indian Express

#general-from the past: Centre’s non-tax revenue surges in first half on economic services

The government’s revenue increased by 22.8 per cent to Rs.5.13 lakh crore in the first six months of this financial year compared with Rs.4.17 lakh crore in the same period of the previous 12 months, with non-tax revenue growing by a whopping 51 per cent. The Hindu

Anyone transacting in cash above the newly imposed limit of Rs 3 lakh will have to pay a penalty of a similar amount, according to a top government official. Hindustan Times

Do you believe it? The Obama Administration agreed to take thousands of illegal immigrants from Australia. Why? I will study this dumb deal!

The Union budget 2017 has severely curbed the tax benefit on the interest paid on housing loans in case of properties that are rented out or are ‘deemed let-out’. Economic Times

#general: A Siri for Your Finances? Digit Says Trust Me

The fin tech startup is working on algorithms to help you manage your money. Bloomberg

Individuals and HUFs paying rent of Rs 50,000 or more per month will now have to deduct 5% tax at source i.e TDS at the rate of 5%, as per Budget 2017 proposals. Economic Times

The clarification puts to rest worries of FPIs, private equity and venture capital funds emanating from a 21 December circular of the tax department. Livemint

The market I’m most bullish on for the next few years in India…more on this in due course. pic.twitter.com/kBgCvwXrCy

FM Jaitley presented his fourth budget with focus on ten distinct themes. Here are some things that could impact your pockets. Forbes India

Farmers will benefit with the government spending Rs 13,240 crore in fiscal 18 on crop insurance. Business Standard

#general: Narendra Modi’s long game: Why Budget 2017 may be last of its kind

While many would think of it as arm chair philosophising there is a high chance that Narendra Modi might be looking to take a step that may have far reaching implications. Economic Times

#general: The Greatest Robo Advisor Of All Time

What do four of the five firms with the biggest robo-advisors — Financial Engines, Vanguard, Schwab and Betterment — have in common? In the last 18 months, they’ve all started hiring human advisors in a big way. Fa-Mag

#general-from the past: Here’s why you should ignore tax-saving investment option under NPS

Educated estimates say, 95% of retail dealings continue to be in cash and only 5% of transactions are conducted digitally through various modes. Livemint

Europe’s biggest banks can be shut down in line with the bloc’s new bank failure rules without losses snowballing and causing wider mayhem, according to a European Central Bank study. Bloomberg

#general: The dump that wasn’t

There seems to be a concerted effort to create a narrative around the phrase ‘capital dumping’. We call BS. Ken

Companies like Stash and WiseBanyan are growing fast. Will their success be their own undoing? Fast Company

Spain and Ireland, two of Europe’s faster-growing economies with lower political risk and debt ratings clustered around A, seem to be carving out a niche for themselves in Europe’s peripheral bond market. Bloomberg
Love it or hate it, do leave us with your reviews in the comment section below!