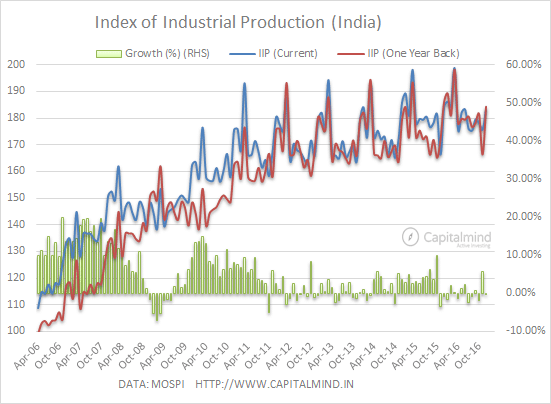 December hasn’t been kind to the Manufacturing Industry. The Index of Industrial Production (IIP) actually contracted 0.4% in the December month, after a Diwali impacted November showed a large increase in production despite demonetization.

IIP measures number of units manufactured, not the retail sales price. So for steel, it’s about tons produced, not total revenue of steel companies. In effect, it’s more “real” because it removes the impact of inflation.

Growth in Manufacturing was hit as the sector contracted 2% while mining and electricity held the fort. 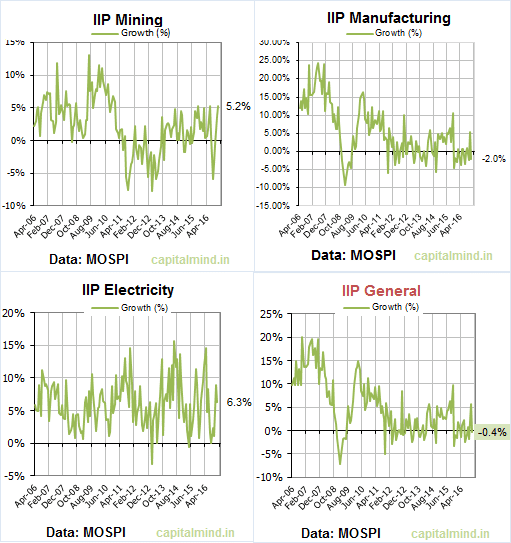 Industries: Everything But Metals Hit

Metals saw an 11% growth after a low December last year, but nearly everything else saw a decline. Bikes/Ship/Rail saw a contraction of 23%, and Leather/Footwear fell 14%. 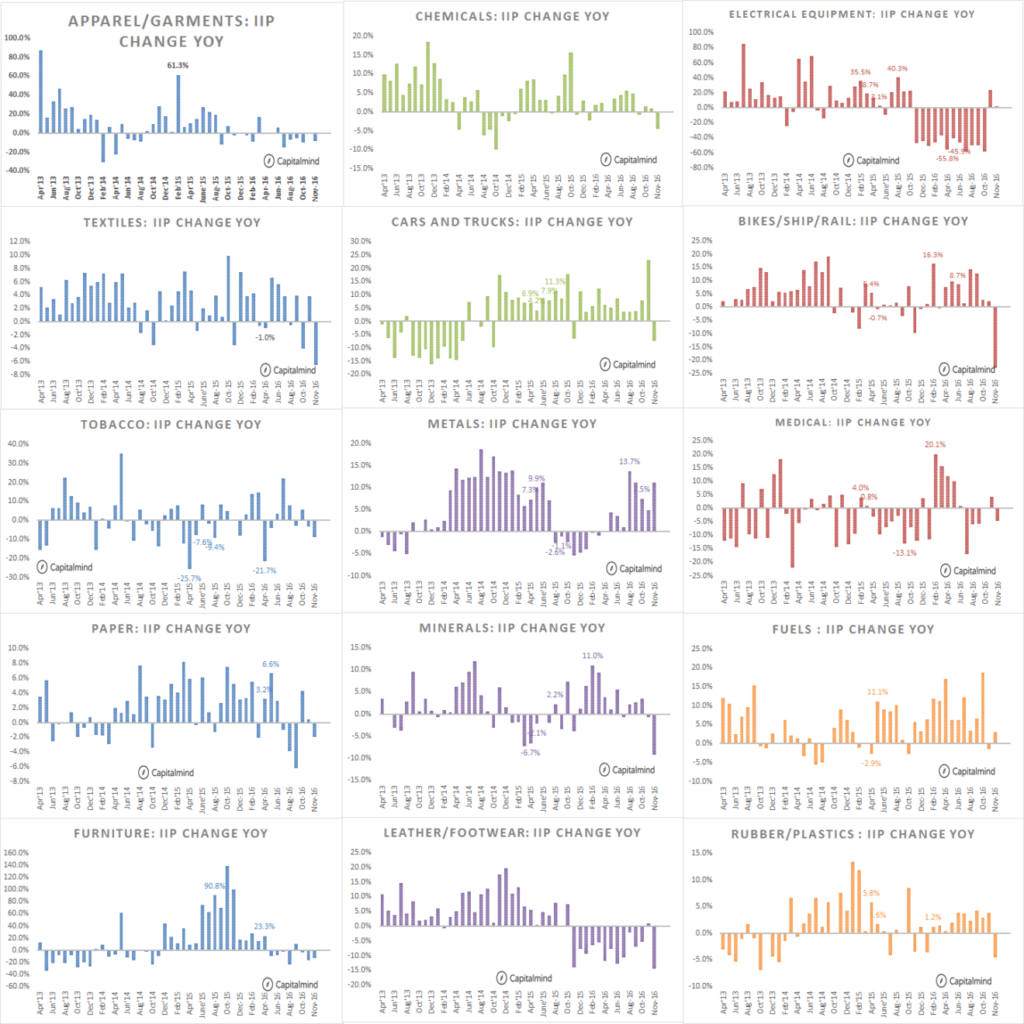 Note that none of this has anything related to how markets see things, which currently involves gold rimmed spectacles. The underlying data looks better in Jan for cars (though Bikes from Hero Motocorp and Bajaj still saw double digit percentage declines in Jan) but an industrial recovery will probably take some more time.