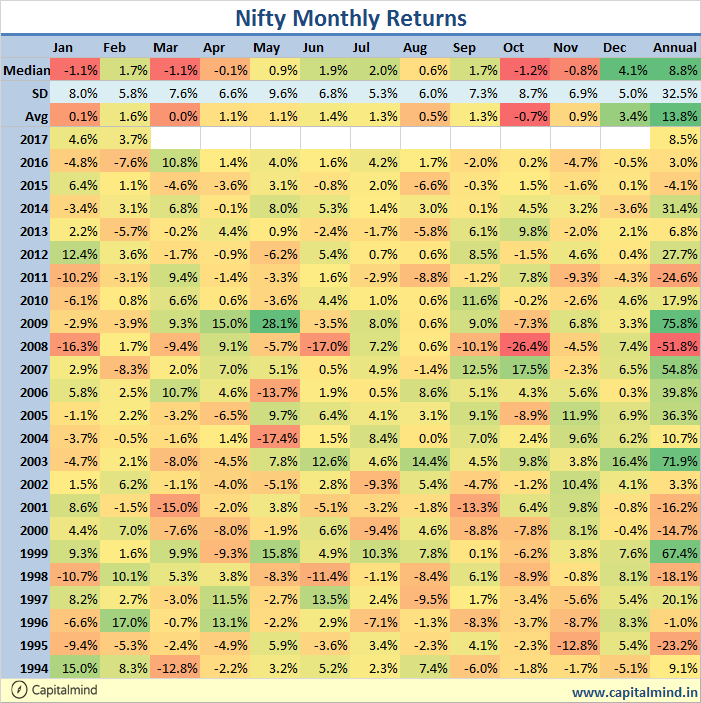 The markets have had a phenomenal run. They closed Jan with +4.6% on the Nifty and the Feb return has followed up with +3.7%. The year, till now, has returned 8.5% on the Nifty so far!
This is the Best February return since 2002!

The Sensex isn’t too far behind, with about 8% return so far. 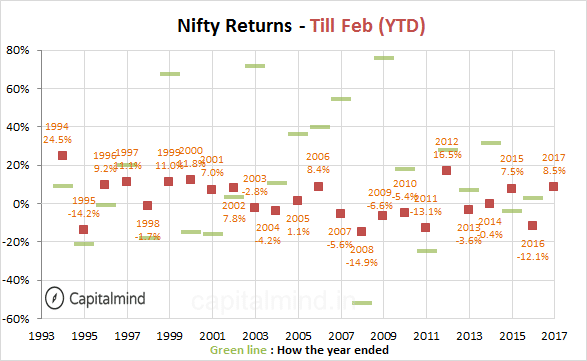 Markets continue to be highly valued – and growth isn’t exactly visible yet. While this feels “bubbly”, we might continue for much longer before a serious correction, or even a small pullback.
The rush of adrenaline into the markets seems to be domestic this time. Domestic investors have pushed the most amount of money into the markets, though Foreign investors bought about Rs. 9000 cr. of equity in 2017. This is going to be a crazy year, in my opinion, and the first two months have been a surprise on the upside!