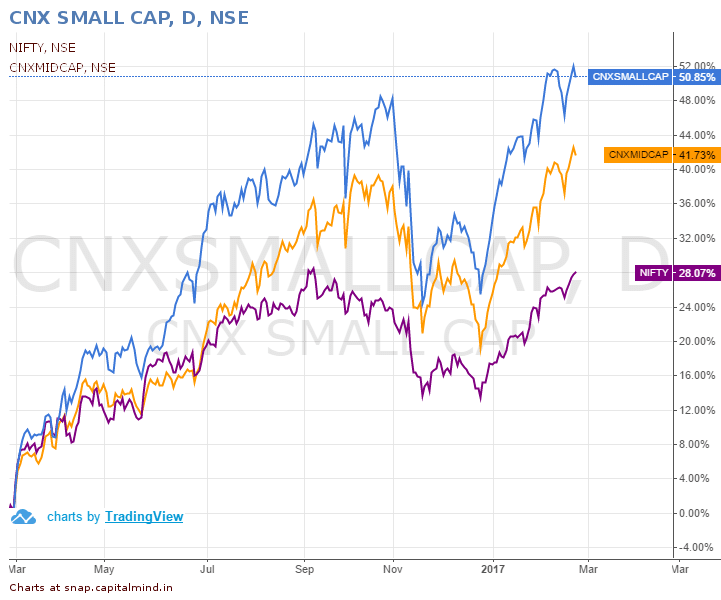 With the Nifty touching 8950 today, it’s been a vertical rise since December. And in fact, since February 2016 if you discount the down-move during Demonetization.

The Small Cap index is up over 50% in one year, and the Nifty’s up about 28%. That’s a huge return but again, measured from the lowest point of last year. Even then, from the 8000 levels we were at in December, we are up 10% on the Nifty. 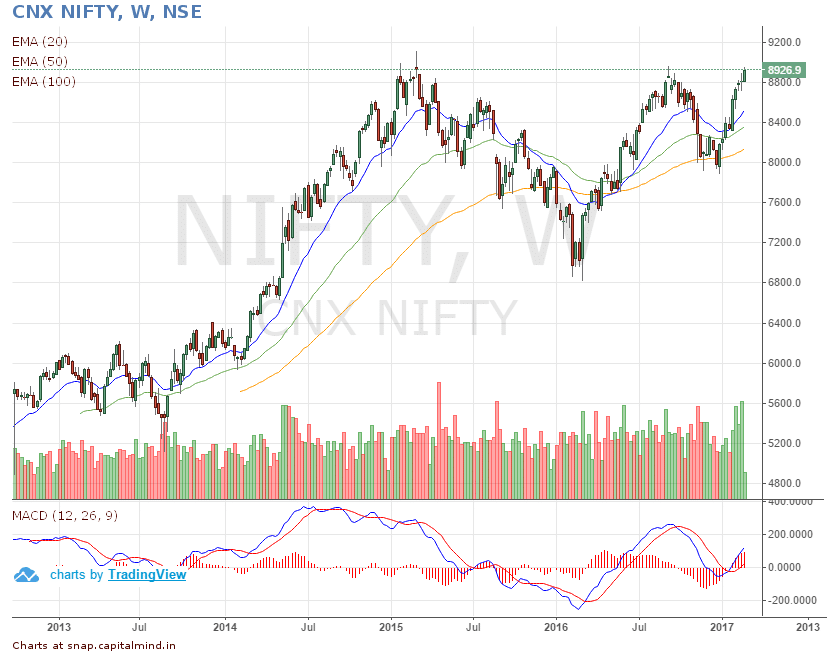 We’ve had an interesting few months at Capitalmind too – with a new Momentum portfolio and a reasonable move on the long term and Dividend portfolios. Even options strategies, which have included WRITING call options, have been profitable. Don’t even ask. It’s been a good time for all.
This won’t last forever. It’s been a good ride, but markets are stretched in terms of valuations, and they have not even corrected 2% for 70 days. The last time we saw a 2% fall in one day was November 11, 2016. There is a lot of domestic buying (Mutual funds and insurers) and there’s been some FII buying as well.
Flows are good, there’s no issue with liquidity, there are no major international problems, and domestics drive the volume. What’s there to lose?
It is usually at such times that overconfidence reigns supreme. There is reason to stop believing that anyone is awesome – because a rising tide will lift all ships. And it’s usually at such times that people take money out of other places and put them into stocks – to get even a small part of the rally.
It doesn’t “feel” like the top. It’s more of a surprising move, but people aren’t telling you just buy anything and just buy it now. But it’s starting to feel really jittery, and a quick 5-10% move will attract enough people to make for the paanwallah effect (when your paanwallah tells you which stocks to buy). Be careful – the next few months will be like walking on eggs.