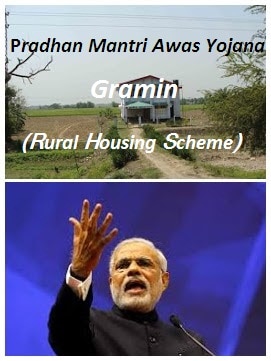 The budget 2017 has bought forth rural development theme back to limelight again. The current budget has given higher priority to rural housing and poverty alleviation programs. Lets look into details the sops provided to rural population. Rural Housing has been included under infrastructure development, to give rural housing project out most priority

Last year, Mahatma Gandhi National Rural Employment Guarantee Act (MGNREGA) was allocated 38,500 Crores though it has managed based on Revised Estimates spent an amount of 47,499 Crores. This years allocation is hence closer to the revised estimate and has been allocated a sum of Rs 48,000 Cr. Under MNREGA 10 lakh ponds and 10 lakh compost pits are created for the 2016-17. For 2017-18 another 5 lakh ponds are to created to cater the rural population during droughts.
While the change has been big if one takes into account the previous years allocation, not much change is seen if you used the revised estimates.
To ensure a higher level of transparency, all assets created under MNREGA scheme will be geo tagged and data of the same shall be available on a public domain.

Pradhan Mantri Gram Sadak Yojana budgetary allocation has remained unchanged at Rs 19,000 Cr. For 2016-17 the rate of road construction stood at 133 Km/Day.  The current targets under PMGSY are expected to be completed by 2019.
By including the additional assistance provided by state governments the total spending on PMGSY for 2017-18 will stand at Rs 27,000 Cr.

Under Pradhan Mantri Gramin Awaas Yojana (PMGAY), 1 Crore houses will be build to provide shelter to those who are house less or living in kutcha houses. These houses will be constructed by 2019 with the total allocation under PMGAY being at Rs 29,043 Cr. This is higher by 39% from 2016-17 expenditure estimated under revised estimates.
Apart from this the previous announcement by Prime Minister regarding interest subsidy of 4% for housing loans taken under PMGAY. Loans up to Rs 9 lakh will have interest subvention of 4% and 3% up to Rs 12 lakh.

Other Budgetary Allocations For Rural Households