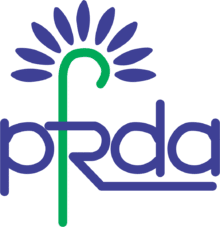 National Pension System is a pension scheme which originally was targeted at Government employees and later opened for anyone to invest into. This is a Exempt – Exempt – Taxable scheme with lock-in provisions.
The finance minister in his current budget has made some changes in an attempt to make it easy for those who contribute to be able to make partial withdraws in case of exigencies without having to pay a tax on the said withdrawal.
Current Rule: – In the Budget 2016, the finance minister made withdrawals from NPS tax free up to 40% if the corpus was withdrawn by the subscriber on attaining maturity of 60 years. If any withdrawals are made by the subscriber before attaining the age of 60 years, then 80% of the corpus withdrawn had to be invested in annuity products while only the 20% of the withdrawal came into the hands of the subscribers.
Changes: – The government has now decided to provide a further relief to the subscribers of the NPS schemes effective 1st April, 2018.
How is this going to be done? – Exemption limit on partial withdrawal has been revised to 25% of the contribution made by the employee effective 1st April, 2018 which gets applied from the assessment year 2018-19.
So effectively if any subscriber who has not attained the age of 60 years having contributions to the NPS programme, can make a tax free withdrawal of 25% of his contributions (not the contribution made by the employers or the interest earned in the scheme).
So while earlier the withdrawal before attaining 60 years was only 20% of the corpus amount (which included employee, employers and the interest earned) this now changes to 25% of the individual’s contribution alone.
Our earlier posts on NPS: