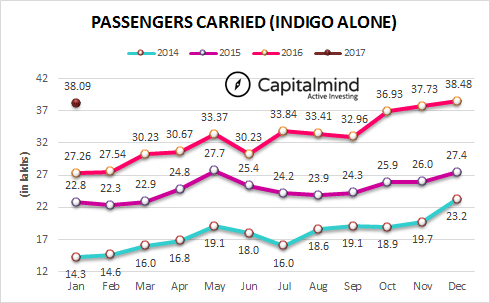 We bring you the “Domestic Airlines Report Card for India” for the month of January, 2017. We take a look at the Number of Passengers carried, Market Share of Each Carrier, Passenger Load Factor and others. (Here is the Report Card for December, 2016). 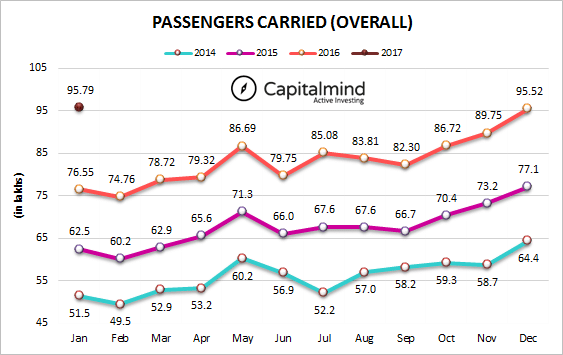 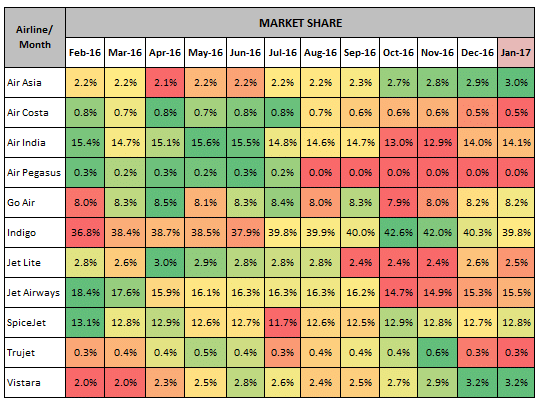 We are extremely pleased to expand our international network with Sharjah and an additional connection between Muscat and Kozhikode. Middle-East has been an important market for IndiGo and expanding operations to Sharjah and Muscat is a testament to the growing demand from the sector. We are hopeful that these new flights will prove to be immensely popular amongst flyers.

It gives me immense pleasure in announcing these new flight frequencies. The new flights not only strengthen domestic and international connectivity of our services, but also helps us better serve increased demand in growing markets. We are hopeful that these new flights will provide affordable and unmatchable travel experience to our passengers across India and beyond

We have the lowest number of customer complaints across all major airlines. And the highest number of smiles 😊😊 pic.twitter.com/EyDgAcQJu2

Indigo which had a total of 14 A320 neos did not receive any new A320 neos in January. Rather it was Go Air which in fact received its 5th Neo of the 144 ordered.
This is what the company had to say on the A320 neo during its earnings call:

Firstly, the good news is that we are seeing fuel burn savings with the new engine of about 15%, up from 14% that I had reported earlier and in some ways that is the multi-billion dollar bet that we took on the Neo engine.

So as Pratt & Whitney mentioned on its earnings calls last week, there are certain issues with the combustion chamber lining, as a result of which we are not getting the engine life that we had originally expected. Now there is a redesign that Pratt is implementing to fix this.

Pratt also talked about an issue with the oil seal where they have seen some failure. Pratt is working to correct that as well. There was an issue with the production of the fan blades which created some delays in the delivery of the engines and Pratt has informed us that they are addressing this problem and the productions are coming back on line. In the meantime, we are getting the support that we need both operational and technical from both Airbus and Pratt including the spare engines that we need to mitigate this impact on us.

The very first issue was around motor to start time that it was taking which was much higher than what we would see in the engines that were on our Ceos. That has got resolved. So they had given a certain plan – there was a software patch that was supposed to come in, in June which it did and then there was something else that was supposed to get fixed by October which happened. The fan blade production of course we had seen earlier, so now that is coming back on track. So as and when these issues are coming up, they are working to resolve it. 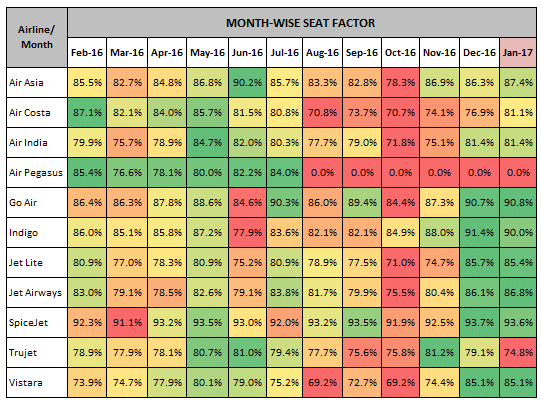 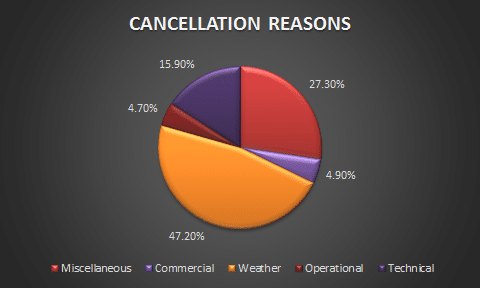 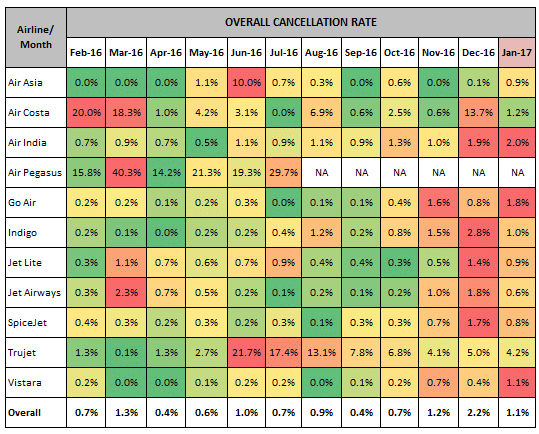