True to our promise of keeping a tab on the regulatory inspections of Indian Pharmaceutical companies, we are happy to get our hands on the Form 483 issued for the US FDA inspection conducted for Natco Pharma’s Kothur facility (This has been one of the rare instances wherein the company itself has decided to disclose the copy of the Form 483 as well).
This is not a recommendation to buy or sell the stock. Analyst and family do own some of the positions listed here. Please assume we are biased.

Catch all our Pharmaceuticals coverage here.
Natco Pharma in its latest filing with the exchange has confirmed that the USFDA team had visited the company’s Kothur Formulation Facility between 16-24 January, 2017. (Pharma Division Kothur Post & Mandal, Mahbubnagar Dist. – 509 228 Telangana, India)
The company mentioned that the facility has received 6 observations – all which are correctable and procedural and which the company believes are minor in nature. It went ahead and also confirmed that the observations are related to complaint and incident investigations, stability backlog and procedural SOPs.
Note that this is one of the plants which is also undergoing capacity expansions including upgrades to take on the future capacity needs so as to develop and manufacture complex chemistries to support our formulation development pipeline and filings in regulatory markets. This facility was certified by the US FDA only in 2014-15 as per the company’s annual report.
Surprisingly the company did confirm that only in Q2 of this year did they even get the Establishment Inspection Report for this facility (this same facility received a Form 483 even during early 2016) and a re-inspection within such a short time frame is surprising considering the FDA’s busy schedule.

Also during the quarter, the company has received an EIR from USFDA for its key formulation facility at Kothur – as disclosed by the company in the Q2 earnings call Here is the Form 483 issued by the US FDA team for the inspection conducted:

Responsibilities and Procedures applicable to quality control unit are not fully followed.
What spooked this observation? –
A. Inadequate investigation of complaints – One complaint filed in July, 2015 on a returned sample was not adequately investigated while the investigation of the other complaint from April, 2015 concluded that the complaint was unsubstantiated as the lot number was not available.
B. Incident investigations are not concluded in a timely manner – Stability samples were not tested within the required time frame as per the SOP which required such tests to be conduced within 15 working days.
C. Corrective and Preventive Actions were not initiated in relation to related complaints of samples tested outside their required time frame, market complaint due to incorrect bar code labels and some laboratory investigations in relation to substance testing of stability samples.
D. The SOP “Handling of Complaints” requires a final complaint investigation report to be sent to customer within 20 business days. However one such complaint investigation report was not finalized.

Penned down stability testing program not adhered to.
What spooked this observation? –
Records of the stability sample quantities were not accurately maintained. Discrepancy was noticed by the FDA inspectors when comparing quantity of the remaining sample with the quantity recorded on the stability study samples log.
Additionally 5 incident reports from 31-Mar-15 to 17-Jul-15 were not tested at the required time point.

Laboratory controls do not include the establishment of specifically sound and appropriate specifications and test procedures designed to assure that components, labeling and drug products conform to appropriate standards of identity, strength, quality and purity.
What spooked this observation? –
A. Quality control unit has not approved master labels for shipping cases which include information such as product name, storage conditions, NDC number and barcoded NDC number. Also the Master Label specifications were not maintained in the Quality Check laboratory and were instead found in a separate building.
B. As per the SOP “Procedure for Management of Empower Chromatography Data Solutions Quality Control” – a single standard may be injected prior to the assessment of system sustainability. However, failed “pre-system suitability injections” are not entered into the quality management system for tracking, trending or root cause analysis.
C. Placebo power formulations used during related substance testing of finished products have not been tested for stability; however, the formulations have assigned expiration dates based on the expiration date of excipients used in the preparation, or 3 years, whichever is ealier.
D. System suitability testing is insufficient in Related Substance Test Procedure i.e. the SOP does not require replicate standard injections for evaluation of HPLC system precision during system suitability testing.

NDA field report was not submitted within 3 working days of receipt of information concerning an incident that caused a drug product or its labeling to be applied to another article.
What spooked this observation? – This was specifically the Quality Control Unit failed to submit a NDA field alert form when it was brought to their knowledge that shipping cartons of 10 batches of a particular product of 100 count bottles had barcode labeled with the incorrect NDA number.
Although the investigation was closed in August, 2016 – the NDA field alert form was never submitted.

Procedures designed to prevent microbiological contamination of drug products purporting to be sterile are not established, written and followed.
What spooked this observation? – Entry and Exit Procedure Act for Aseptic Processing Area” requires use of sterile garments and goggles prior to the entry into the clean room area. However, the Quality Assessment department has not validated the number of cleaning and sterilization cycles through which the garments or goggles can be processed without compromising the integrity of sterile equipment.
Also the company is reusing Asset Identification Numbers to identify the goggles and garments instead of using a unique numbering system.

Separate or defined areas to prevent contamination or mix-ups are deficient regarding operations related to the storage of drug products after release.
What spooked this observation? – Lack of control over the disposition status of approved and quarantined drug product to prevent a mix up. Ex: Finished goods in quarantined status were stored in the designated areas of the warehouse allocated for Finished Goods.

Our understanding signifies Observations 3 and 4 as highly critical since these relate to products manufactured by the facility while the remaining observations can be fixed as they are procedures and SOPs related (mostly something that the plant employees often ignore to adhere. 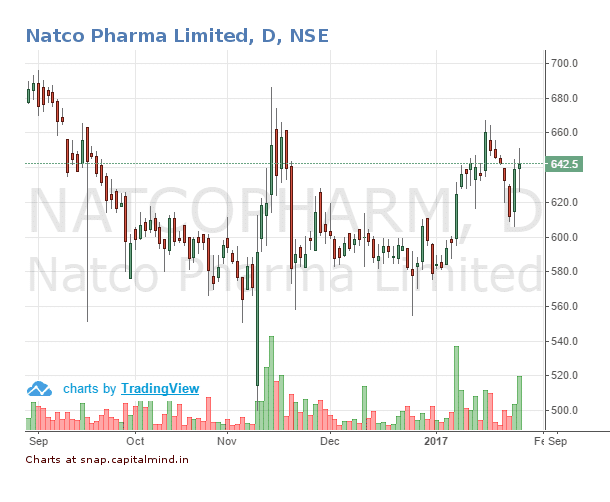