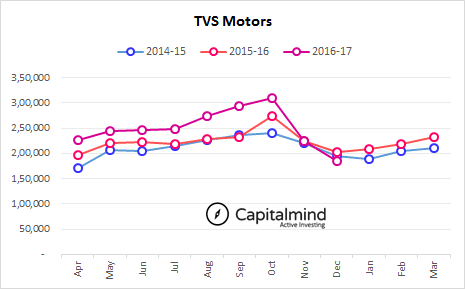 The Chennai based 2 & 3 wheeler manufacturer ended 2016 on a very happy note as it was granted an Indian patent for automatic hybrid transmission (AHT) system for two-wheelers.
The invention is related to a system involving a combination of a fixed speed transmission mechanism (FSTM) and a continuously variable transmission mechanism (CVTM).
TVS Motors reported sales of 184,901 units in December, 2016 against 202,021 units during the same time last year.