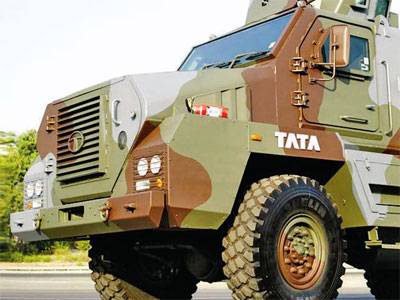 Away from all the Tata-Mistry Tamasha, Tamo snatched the Army fleet contract from Maruti. Maruti’s iconic Gypsy will be replaced by Tata Safari Storme with an initial order of 3,200 vehicles with a lot more orders coming in the future. Safari also beat Mahindra’s Scorpio to the finish.
The Indian army currently has over 30,000 Maruti Gypsy, and this change was needed for additional safety features and more power along with fuel efficiency.
On the commercial vehicles front, the company is exploring the idea of making an equity investment in a start-up that is present in a load aggregator space. The company is confident of bagging a Rs. 60,000 crore order to produce and supply future infantry combat vehicles (FICV) to the Indian Army.
Ravi Pisharody, Executive Director (Commercial Vehicles), Tata Motors said:

We have been looking at this space for a long time. The aggregators are also our clients. So the aggregator may be the third party but they are dealing with our clients. We are actually talking to a few aggregators rather than getting into the business as such, which seems to what Mahindra has done; they themselves have become an aggregator that is not what we will do. There are some aggregators with whom we having discussions.

Too early to say if we would be investing in them, we are examining. The trouble is that there are too many of them (but) we have to back the right people. The partnership could be in different forms, we don’t have to buy into the company. We also have a lot to bring to the table. We can also offer to all buyers the opportunity to link up to the aggregators. So these are things we are exploring, investment into an aggregator may not be necessary but this is much of a strategic call, which we will decide shortly.

We were expecting a decision to come in before Christmas from the ministry of defence, but as we know it, it has been delayed by only a few days. But this is any day better than the earlier deadline of March 31. We are confident about it

MoD was keen to announce it before December 31. It could happen in the remaining days of December or in the early part of January. We will close next year with revenues of Rs 1,800-2,000 crore.

Tata Motors has lined up the new Hexa for a launch this month as well as increase prices of its products from Rs 5,000 up to Rs 25,000, depending on the model. The decision is taken due to the impact of various macro-economic factors.
Mayank Pareek, President, Passenger Vehicle Business, Tata Motors said:

The increase in prices of raw material commodities like steel, aluminium, copper and rubber over a period of time has put a lot of pressure on us and as a resultant we are forced to hike prices of our passenger vehicles.

We are seeing good demand for our cars and have witnessed month on month growth owing to the Tiago. We are gearing up for our next launch of the Hexa in January 2017. 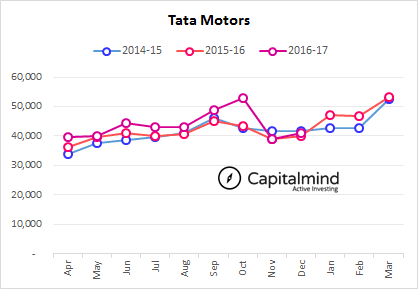