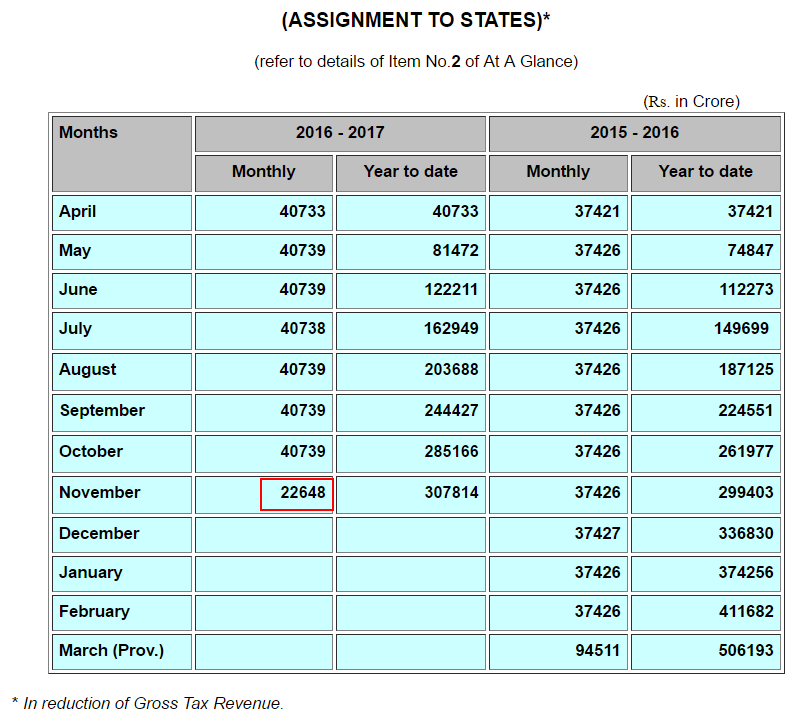 There have been news items that the government has collected more taxes till December (Read article). But there’s something wrong with this narrative, and many have explained this away as:

But the higher tax revenue has not meant that much for states, apparently. The revenue sharing between the center and the state had been upped substantially. But for November, the amounts shared with states has fallen by 40%:

Source: CGA.
This might be a concern for states which, after getting Rs. 40,000 cr. per month for seven months, suddenly saw a big dip that’s not been seen in previous years.
More importantly, will this continue? It should not, if demonetization’s impact was temporary. But if the narrative is that nothing bad has happened, maybe the states will need to live with a little lower income.