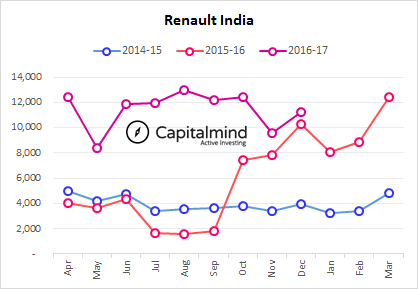 Celebrating sales of over 110,000 units of the KWID since October, 2015 – Renault has launched a lucky draw scheme to hand over 1 car a day of the 27 to the winner. Along with this, the company has also launched offers on its Lodgy and Duster i.e. cash benefits of up to Rs. 1 lakh.
Renault also re-launched an updated version of the Lodgy Stepway to compete with Maruti’s Ertiga and Honda’s Mobilio.
Having introduced a third shift in March this year to accommodate the overwhelming demand for the KWID, Renault confirmed suspension of the shift effectively in the second week of December. This also means that temporary workers would be let go off. Not being helped by input costs, Renault is planning to increase the price of its range of vehicles up to 3% effective 1-Jan-17.
Renault India Operations Country CEO and Managing Director Sumit Sawhney said:

We are currently working on the exact details but it is going to be in the range of 1.5 to 3 per cent from January next month. In the past few months, the prices of steel have gone up significantly globally and it is impacting us as well.

Renault will also start exports of KWID to South Africa, Bhutan and Bangladesh in the first quarter of 2017. KWID is currently exported to Sri Lanka (June-16 entry and is currently No.2 in the market), Mauritius and Nepal.
AutoCar India has revealed Renault activities over the testing of Kaptur Crossover which is likely to come to India late next year and use the Duster platform. 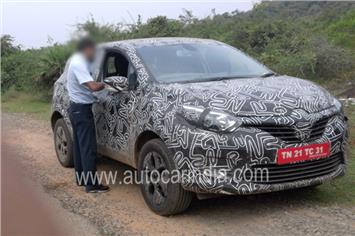 Having achieved a localisation ratio of over 98% in KWID, Renault has decided to discontinue the import of Koleos and Fluence which is imported in semi-knocked down (SKD) form as it works on reducing the import content in the locally made products.
In 2018, Renault with come head to head with Maruti and Hyundai with three new models in the sub Rs 8 lakh bracket.
Renault India Operations Country CEO and Managing Director Sumit Sawhney said:

Fluence and Koleos were bridge strategy products, but as we move towards higher localization, we will try to be a more mainstream company. We will not sell these cars until we have 80% local content. 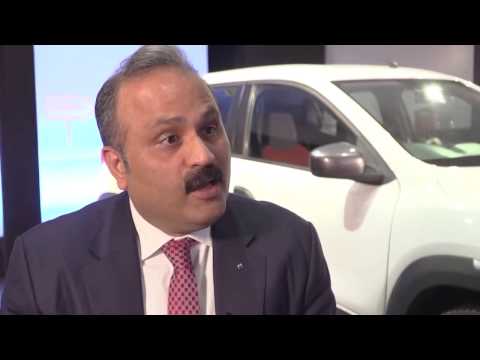 We are on track with a 4.5% market share at the end of 2016 achieving a robust three-digit growth over 2015. Our focus for 2017 will be to continue and build on our growth journey, reflecting our long-term commitment to the Indian market.

We plan to launch at least one new product every year, over the next 5 years, beginning with some exciting product innovations starting this year. We will continue to build our network this year as well, with strategic measures to make our cars more accessible to customers across the country.

December saw the company closing down its Jaipur West showroom and inaugurated 7 new showrooms each at Aizawl in Mizoram, Bardoli and Bharuch in Gujarat, 2 showrooms Hapur in Uttar Pradesh, Krishnanagar in West Bengal and Yavatmal in Maharastra.
Note: Sales numbers presented here are manufacturer reported sales numbers i.e. factory dispatches to dealerships. They are NOT retail sales figures to end customers.
Love it or hate it, do leave us with your reviews in the comment section below!