The scheme would provide pension based on a guaranteed rate of return of 8% per annum for 10 yrs. Business Standard

Oil and gas company Saudi Aramco has invited banks to pitch for an advisory position on what is expected to be the world’s biggest initial public offering, sources familiar with the matter told Reuters on Tuesday. Reuters

Elections are to be held between February 4 and March 8 in Uttar Pradesh, Uttarakhand, Manipur, Punjab and Goa. The Election Commission on Monday directed the Central government not to announce schemes specific to poll-bound States in the Union Budget. The Hindu

#general: Markets Are Right More Often Than You Think

It seems that a week — or even a day — doesn’t go by without an article story or research report asserting that investors are ignoring a huge risk or potential black swan in the markets. Bloomberg

#general: What the increase in tax collections does not tell us about Indian economy post demonetisation

Here’s why the finance ministry’s claim of higher tax collections during April-December 2016 as indicative of robust economic activity may be too optimistic. Scroll

Documents attached to a fresh affidavit filed by Cyrus Mistry show why AirAsia India may have sacked its former CFO and how the low-budget carrier ignored warnings of financial fraud. The Wire

Despite an increase in spending, educational outcomes in schools have worsened in India in the last decade, data shows. Livemint

Reliance Jio has become the primary data connection on most of the mobile devices in India, with 42 per cent users having activated Jio in their 4G-enabled slot, followed by Airtel at 17.54 per cent, Vodafone at 12.26 per cent and Idea at 11.50 per cent, a consumer mobile analysis app revealed on Wednesday. India Today

Only days after Donald Trump took the oath of office, the head of his hotel-management company outlined hopes for an ambitious expansion across the U.S., raising new questions about potential conflicts between his business and the presidency. Bloomberg

Harvard may take the wrong lessons after firing half of its money managers. Wall Street Journal 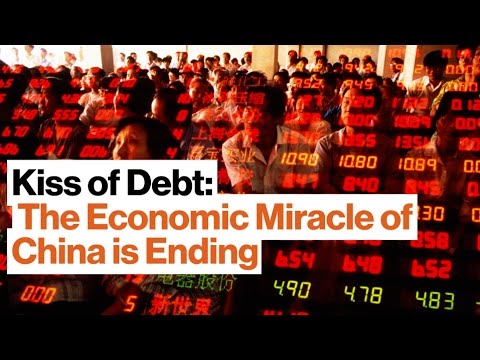 #fx: If rupee depreciates 10%, these Indian cos will be in serious trouble

Since most Indian firms have kept their forex exposure unhedged, credit profile of companies in the highly sensitive sectors such as oil & gas, metal & mining, airlines could weaken substantially, says Anup Roy. Rediff

It is still early days, but a picture of the economic policy approach favored by President Donald Trump is gradually coming into focus. Bloomberg

#general: Harvard’s Cash Cow Investment Fund Is Laying Off Half Its Staff

After years of disappointing investment returns and four CEO changes in the space of roughly a decade, Harvard Management Corp. (HMC) dropped a bombshell Wednesday, saying it was getting out of the business of managing its own endowment. Fortune, Wall Street Journal

#macronomics: The World’s Most Populous Country Is Turning Gray

That aging has big implications for China’s economic growth, which could be undermined as the labor force declines sharply from 2021 to 2030. Bloomberg

#general: Tax Clarification That May Spook Foreign Investors and Result in Double Taxation

On Wednesday December 21, a working group of the Central Board of Direct Taxes issued answers to 19 frequently asked questions on indirect transfer provisions contained in Section 9 of the Income Tax Act, 1961. Bloomberg Quint