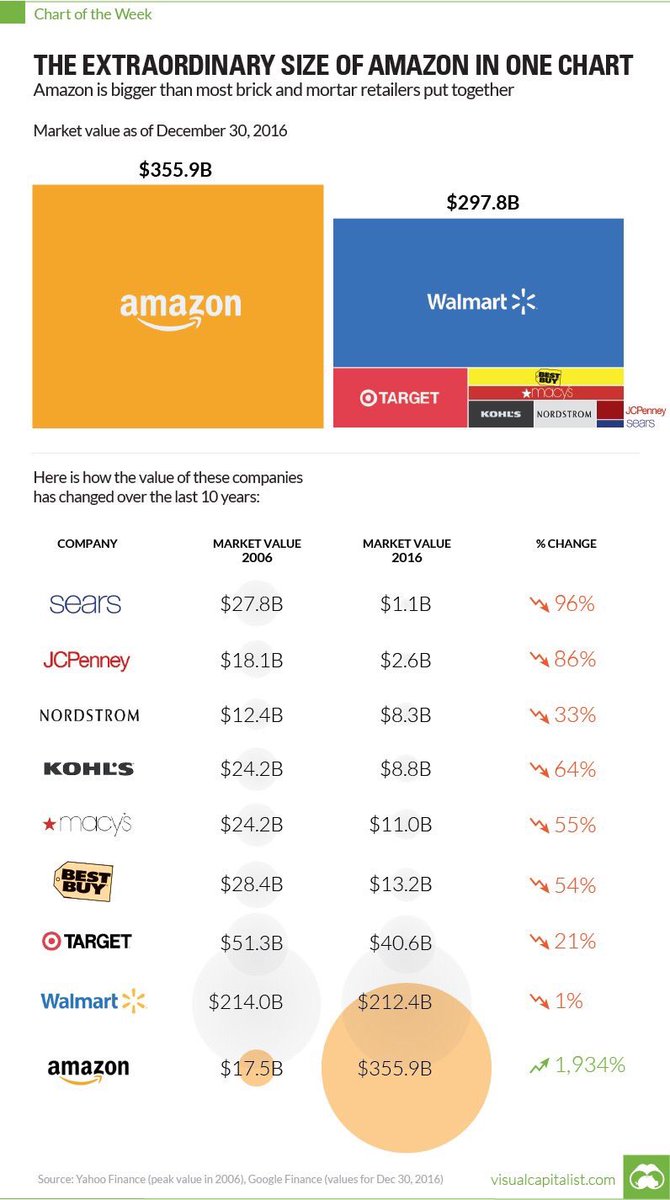 #general: Is a long-term capital gains tax on equity a bad idea?

Both short-term and long-term are defined in different ways for different asset classes. Livemint

#general: Is RBI responsible for creation of black money, inflation due to high M0?

Latest tweet by US President-elect is clear that there is a new sheriff in town-one who believes in “Make in US” and not afraid to bully his way through. Alpha Ideas

#general: Finland will pay unemployed citizens a basic income of $587 per month

#stocks: Bajaj Auto workers to go on hunger strike on 7 and 8 January

Vishwa Kalyan Kamgar Sanghatana says Bajaj Auto workers will go on a 2-day hunger strike on 7 and 8 January at Akurdi plant in Pune to protest against the ‘anti-workers activities’. Livemint

President-elect Donald Trump’s choice to be the next top cop of Wall Street is Jay Clayton, an elite lawyer who has defended big banks for their financial crisis-era misbehavior. CNN Money

The number of people actively trading through their demat accounts went up nearly 10 per cent last calendar year, according to data published on the NSE website. However, the biggest beneficiaries of this increase seem to be discount brokers, whose client base of active traders has gone up sharply. Hindu Business Line #general: The Indian government is about to endorse giving all its citizens free money

Professor Guy Standing, an economist who co-founded advocate group Basic Income Earth Network (BIEN) in 1986, told Business Insider that the Indian government will release a report in January which says the idea is “feasible” and “basically the way forward”. Business Insider

#general: Why I believe active management works over the long term

A Bill backing key changes in the H1—B programme that allows skilled workers from countries like India to fill high—tech jobs in the US has been re—introduced in the US Congress by two lawmakers who claim that that it will help crack down on the work visa abuse. Hindu Business Line

#macronomics: FPIs may move to Europe to save tax after DTAA tweaks

Tax treaties or the Double Taxation Avoidance Agreements (DTAA) signed with the three nations, mean that FPIs will be taxed for their capital gains. Luckily for foreign investors, some European nations continue to offer tax exemptions. Money Control

Builders across India are sitting on unsold inventory of 46 months, forcing them to slow down new launches. This inventory was built up over the past few years, but with demonetisation additionally impacting the real estate market, builders may have to wait for a couple of quarters before launching any new projects. Hindu Business Line

#general: Reliance Jio onslaught has just begun, but some telcos are already bleeding

Analysts are expecting a 10-20% drop in the operating profit of Bharti Airtel Ltd and Idea Cellular Ltd sequentially, despite the fact that Q3 is a seasonally strong quarter. Livemint

Reserve Bank is unlikely to cut repo rate in the February review meeting due to the prevailing global uncertainties and it’s stance may continue to be accommodative next year as inflation is expected to remain benign, according to a report.  Economic Times

#general: Ruchir Sharma, Prannoy Roy On The Elections And Economy In 2017

What happened to companies’ share prices after @realDonaldTrump tweeted about them. Thomson Reuters

#general: Fancy a unique wedding destination? You can now opt for a railway platform

Indian Railways will allow the public to hold wedding receptions on its platforms soon. Business Standard

The Reserve Bank of India (RBI) has said that numbers that it had released in the past on value of demonetised currency deposited with banks could be incorrect due to possible accounting errors and double-counts. The central bank has said that it is in the process of reconciling numbers to eliminate errors, and that estimates doing the rounds are likely to be wrong. Times of India

#stocks: Why H1B visa reform Bill spells bad news for Indian IT cos

The Protect and Grow American Jobs Act reintroduced on Thursday proposes to raise the minimum salary of H1B visa aspirants to USD 1 lakh per annum from the current USD 60,000. Besides, the proposed US immigration reforms seeks to make a Masters degree mandatory for H1B visa holders. Money Control

#general: Is Emirates Airline Running Out of Sky?

It flies the fanciest product on the biggest planes on the longest routes. There might not be much more room to soar. Bloomberg

Safal Niveshak
Love it or hate it, do leave us with your reviews in the comment section below!