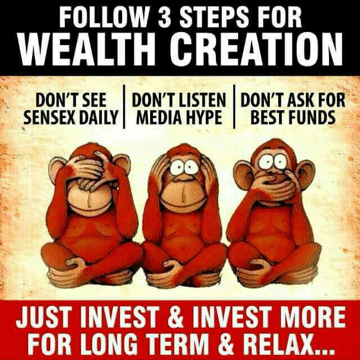 The online verification process for HDFC Bank’s credit card application requires users to give the bank permission to view the user’s email messages & settings and permission to view all contacts, in addition to basic info like age range and language and other email addresses. Medianama

We went inside the first fast-food chain in America that requires zero human interaction — here’s what it’s like pic.twitter.com/vfIErVUZVt

The issue size of CPSE ETF will be Rs. 4,500 crore, with the option of raising another Rs 1,500 crore, according to a government official. Livemint

This is what a bubble looks like. https://t.co/3W2vWj7VXm
— Irrelevant Investor (@michaelbatnick) January 11, 2017

As the world’s largest economy leads the way into uncharted political waters in 2017 and beyond, it might be best to set aside the ordinary laws of economics. Which policies Donald Trump will pursue remains unknown, to say nothing of which will succeed or what the consequences will be. Project Syndicate

Industrial production grows at 5.7 per cent in November as against contraction of 3.4 per cent same month last year.

Bank of Tokyo says the “Trump Stump” is here:

#general: Will Bangalore have to be evacuated by 2023?

The Government of Karnataka will have to evacuate half of Bangalore in the next ten years, due to water scarcity, contamination of water and diseases. First Post

Financial commentator’s guide to recommending stocks ahead of earnings pic.twitter.com/Z37ZAHgsBz

When Michael Maccoby wrote this article, which was first published in early 2000, the business world was still under the spell of the Internet and its revolutionary promise. It was a time, Maccoby wrote, that called for larger-than-life leaders who could see the big picture and paint a compelling portrait of a dramatically different future. Harvard Business Review

The first presser of US President-elect Donald Trump could put IT and pharma stocks in a tight spot when the domestic market opens for trading on Thursday.  Economic Times

#bonds: The coming ‘bond massacre’ will be worse than 1994

Bonds dwarfs the US stock market capitalization ($27 trillion). Bonds are a global phenomenon with even bigger bubbles elsewhere, particularly in NIRP countries, such as those in Europe, and in Japan. That’s why bonds matter. They’re enormous. And the damage they can do to investors is huge. Business Insider

Demonetisation to cause sustained downturn. CMIE

Will investors ‘sell the news’ when Trump takes the oath? @RyanDetrick has the historicals https://t.co/Ik51cAk210 pic.twitter.com/oiW3TzayMQ

While ATMs in India are still waiting to get refilled, analysts’ spreadsheets are finally getting populated. The high-frequency statistics they need to weigh the impact of the country’s bizarre currency ban are slowly trickling in. By the looks of things, some earnings forecasts may escape with just a trim; others may need the slash-and-burn treatment. Bloomberg

#general: In Defence of Dividends

Among many proposals to incentivise digital transactions, a ‘cash tax’ is being considered by the government. If the proposal is cleared, it may figure in the February 1 budget. Economic Times

A new research alleges that Reliance Industries and Reliance Communications have shortchanged investors by over Rs25,000 crore at the RCom formation and that profits have been inflated at RCom between 2006-2010 by almost Rs11,000 crore. Money Life
Love it or hate it, do leave us with your reviews in the comment section below!