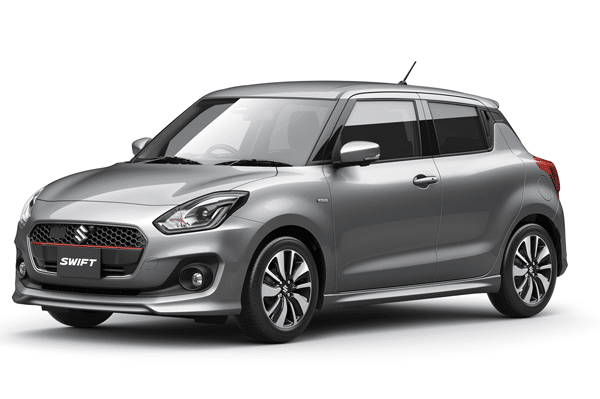 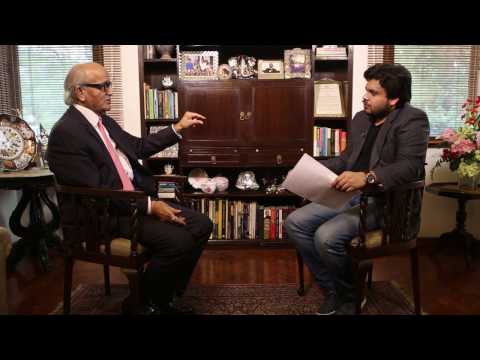 Auto Car India has revealed that Maruti Ignis will be a premium channel launch i.e. Nexa and would be priced competitively against Mahindra’s KUV100. The all new Ignis is likely to replace the outgoing Ritz and will be launched on 13th January, 2017. Ignis will be strapped with a 1.2-litre petrol and 1.3-litre diesel engine and is expected to be around Rs 4 lakh. It has been termed as “Premium Urban Compact Vehicle”.
Catch Maruti Suzuki’s Executive Director for R&D CV Raman on Ignis and his view on the future regulations and how Maruti is prepared to take them head on. 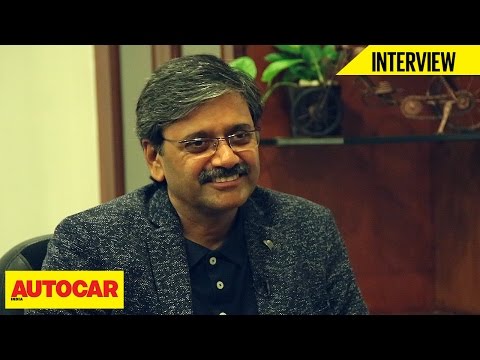 C V Raman, Director (R&D), described Ignis as a “global vehicle” and said the car has unique proportions and a confident stance with a lot of space inside even though it looks compact from outside. India becomes the second country behind Japan to manufacture the Ignis with exports targeted at Asia and Africa.
India-spec Maruti Ignis details here and here. The Ignis will be offered in 14 variants across both petrol and diesel options. 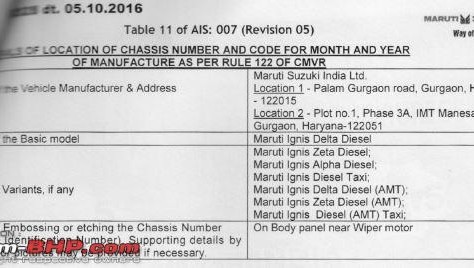 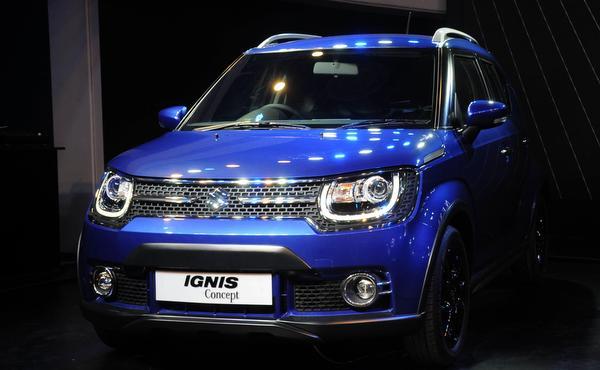 Auto Car India has revealed Maruti’s plans of launching a facelift of Swift. The new Swift hatchback, which will go on sale in Japan on January 4, 2017. The all-new Swift will come to India around mid-2017. 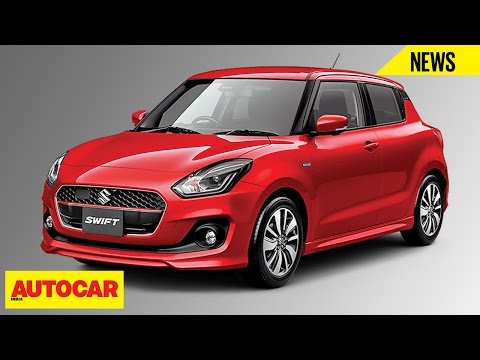 Auto reviewers have confirmed the inspiration for this Swift was taken from Jaguar’s design. Also Maruti will stop selling its fleet focused sedan Dzire Tour by March, 2017 to make way for the new Dzire. All suppliers to the Dzire Tour were informed of the plans to stop the production of the Tour after February, 2016.

Here is what Managing Director & CEO Kenichi Ayukawa had to say on the demonetization hit in sales.

At the end of December, Maruti Suzuki was sitting on inventory of close to 1 lakh units, with hopes of inventory correction in dispatches in the final month of the calendar year. Schedules for Jan to Mar range from 130,000 to 150,000 units per month.
After Baleno, Brezza, Maruti is now looking to strengthen its presence with a small car in the next three years i.e. develop a new generation Alto (Y1K) to be launched by the festive season of 2019.
After tying up with Uber, Maruti Suzuki has now partnered Ola to create a pool of skilled drivers. Under the ‘Maruti Ola Training Program’, the Company targets to benefit 40,000 individuals/ Ola partner-drivers in safe driving, over a period of three years. (Maruti Suzuki Chairman RC Bhargava sees Taxis to overtake private car sales soon)
According to the MoU, Maruti Suzuki would help the individuals/Ola partner-drivers obtain commercial license and also assist in availing vehicle financing to purchase their own car, after the completion of their course. Ola will also provide qualified leads of potential driver-partners to Maruti Suzuki for facilitating them with commercial driving training.
Maruti Suzuki reported sales of 117,908 units in December, 2016 against 119,149 units during the same time last year resulting in a contraction of 1% 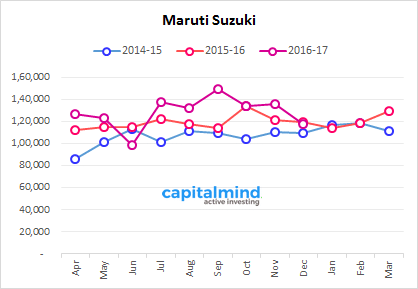 Production at our facilities have not been affected because of demonetisation. There have been no cuts whatsoever in the production. But January will be critical in terms of sales for Maruti Suzuki and we aren’t making any predictions for the next three months. We will wait assess the situation.

While the retail demand for our products was strong, our wholesale (numbers) in December are as per our plan decided at the start of the year. 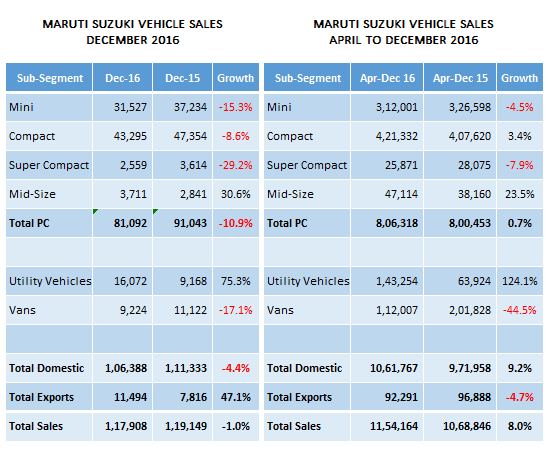