A new bill has been introduced in US congress and that’s spooking IT stocks. It’s not yet passed – and will probably be diluted substantially – but the reaction has been sharp.
It sets the minimum wage for H1-B visa holders to USD 130,000 from existing USD 60,000 per year. The bill:  High Skilled Integrity And Fairness Act Of 2017 by Californian Congressman Zoe Lofgren (Democrat, California).
Read our previous post on H1-B visas titled “India Should Be Scared of US H1-B Changes: It Takes 69% of All Such Visas”

Apart from that, the bill tries to make Visa process much faster for students and temporary visa holders.

The Rule: Bid For The Highest

In defense of this bill, Lofgren issued a statement saying

“My legislation refocuses the H-1B programme to its original intent — to seek out and find the best and brightest from around the world, and to supplement the US workforce with talented, highly-paid, and highly-skilled workers who help create jobs here in America, not replace them. It offers a market-based solution that gives priority to those companies willing to pay the most. This ensures American employers have access to the talent they need, while removing incentives for companies to undercut American wages and outsource jobs”

The Impact: Heavy on Indian IT?

Indian IT firms (which form major chunk of H1B visas) need to pay a lot more. If average wages today are around $80K, this will likely double the wage they have to offer. A $130K is just the entry point, the actual wage needed may be much higher.
At some point it just becomes cheaper to hire local.
This is a big cultural change and will hurt their margins anyhow, because local candidates tend to cost more. However, there is a skill gap – if a candidate is just not available in the US for a skill, then they have to pay astronomical figures to get people from India. A few strategies like training freshers in India and having them do the job as an H1-B will no longer work – you simply will not pay a fresher $130K in the US.
The cultural change might change to : We hire freshers in the US, and train them up, even if it’s more expensive. A local fresher at $60K sent to India for a few months of training may work out much cheaper than getting Indian talent to move abroad. This changes margins and operating styles substantially.
If this bill is passed then their will more troubles for Indian IT industry- which is the largest recipient of H1-B visas. However, we expect the bill to be debated and the limits whittled down – but we think the overall concept of

will remain. Such bills have been introduced and rejected earlier. This one is by a Democrat from a state that Trump lost, and will face political challenges of the Trump variety. So while it’s a little early to react, it would be wise for Indian IT to see the writing on the “wall”. 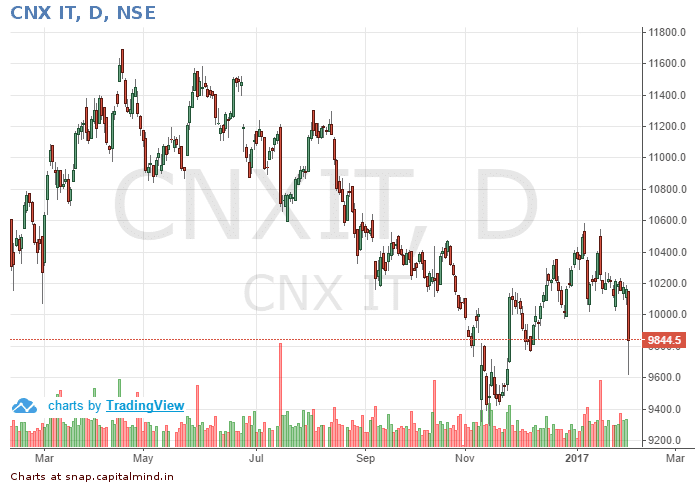