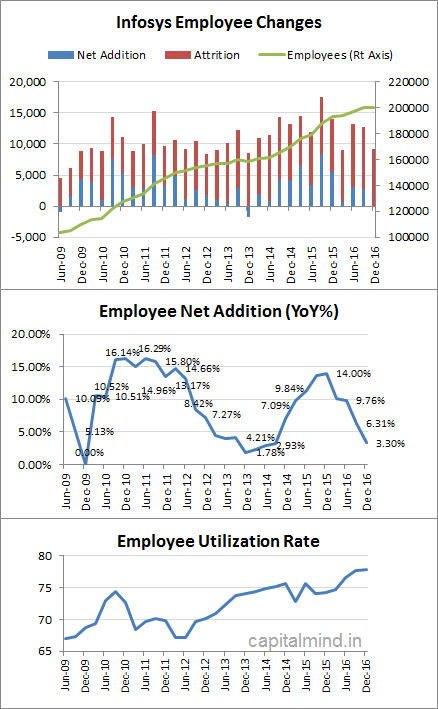 Infy results have been ordinary. You could write a lot about how their margins went up X basis points or their “guidance” was down (or up, depending on which part of the news piece you read). But that makes no difference to the point that: 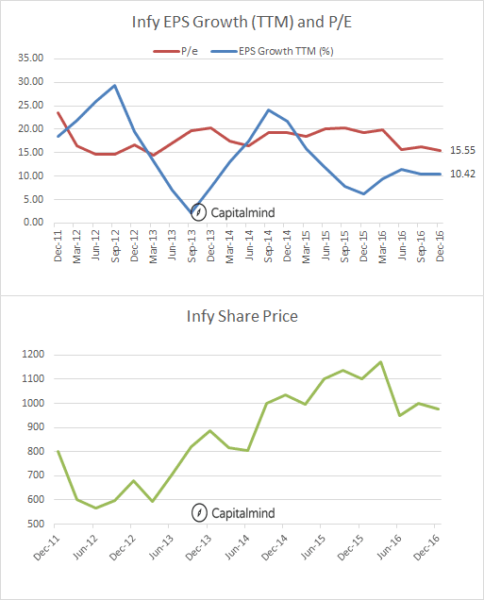 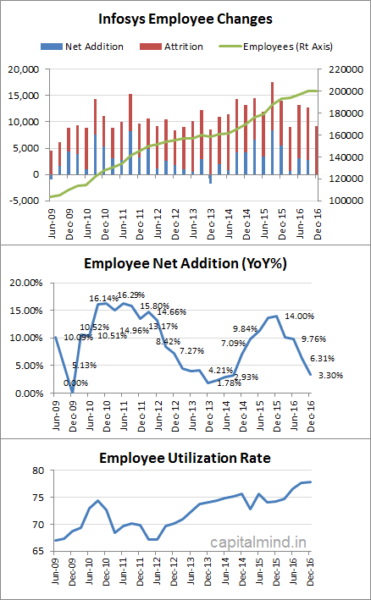 Infy isn’t going to get more juice out of their employees (they’re at 78%, a nearly all time high utilization). But they’re going to have to figure out better technological ways to handle growth.

But Option Sellers Made Money

The stock was at 1010 yesterday and actually opened up 3% in the morning, before closing down nearly 3% at 975. However, the move was much lower than what the options market expected

(Click for a larger image)
As you can see most call options lost value (this is expected, as the stock fell). But even most of the put options lost money.
Infy’s implied volatilities – which represent the expected move of the stock – usually spike before results and fall after. The move of 3% was big but the expected move was even bigger. Infy’s straddles (call+put at the same strike) implied a move of 60 rupees today, and it only moved about 35. 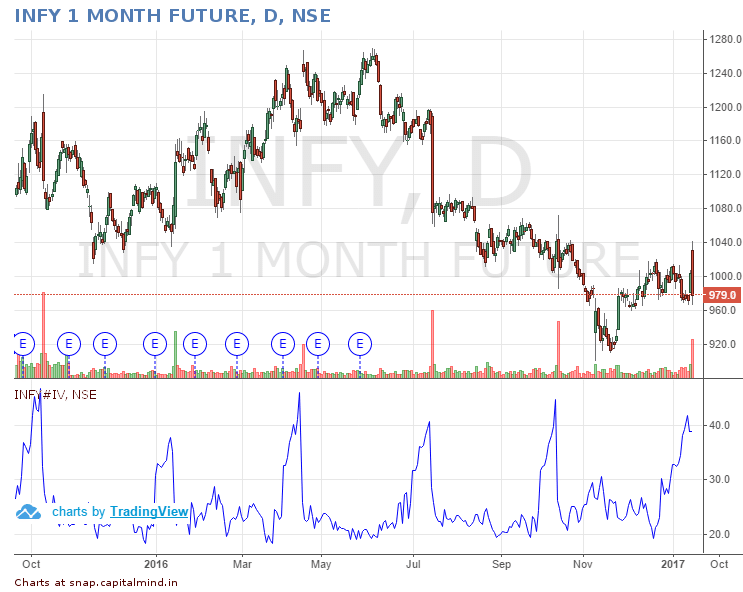 If you had written options (both call and put) you were quite likely to have made money. Even if you had written (sold) both at the same strike, say at 1000, you would have received Rs. 61 yesterday. And you could have squared it off at Rs. 41 today, netting a Rs. 20 profit. For a lot of 500 shares, that’s a very decent Rs. 10,000 in profit in a day. (Margin requirements are about Rs. 180,000 per lot, but assume you allocate Rs. 300,000 for this trade, it’s still a decent return)
Option sellers have had the last laugh today. In TCS too (results came post market yesterday) where the stock fell 4% and yet, option writers made money if they were on both calls and puts.
Note: We did something like this (a strangle write instead of a straddle) at Capitalmind Premium yesterday in an experimental trade (on both TCS and Infy) to demonstrate the power of a falling IV. The big risk here: that Infy would have a mega move and hurt us a lot more, but it did seem to work out. The falling IV meant that even a move of 8% would have resulted in a “breakeven” situation – which is reasonable as a risk for a day.