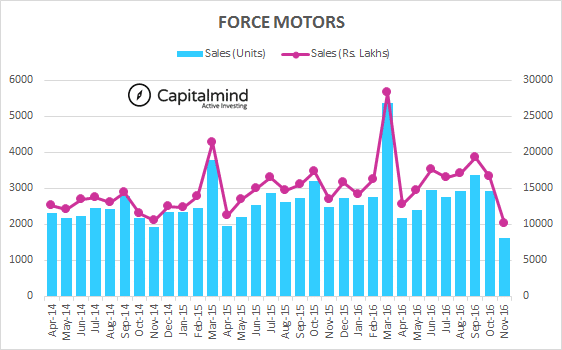 After a poor November, Force Motors announced a shutdown for Annual maintenance for some of its plants from the 19th December and resumed production only on the 2nd January, 2017 – a shutdown of 15 days or half a month.
Chairman Abhay Firodia who’s son Abhay Firodia carries forward his father’s legacy of transforming mass travel have been featured in the latest edition of Forbes India. The article covers the birth of Force Motors and how it has been transformed along with their collaborations which saw the birth of Matador, Luna and the company’s tie ups with Kinetic and Honda.
On December number, Force reported sales of 2,310 units in December, 2016 against 2,728 units during the same time last year resulting in a contraction of 15.32%. 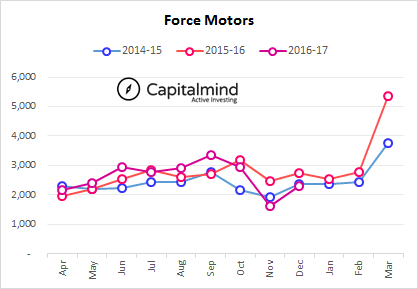 Realizations stood at Rs.137 crore for 2,310 units in December, 2016 against Rs. 158 crore for 2,728 units in December, 2015. Avg. realization per unit fell to Rs. 5.93 lakh from 6.23 lakh sequentially.
Note: Sales numbers presented here are manufacturer reported sales numbers i.e. factory dispatches to dealerships. They are NOT retail sales figures to end customers.
Love it or hate it, do leave us with your reviews in the comment section below!