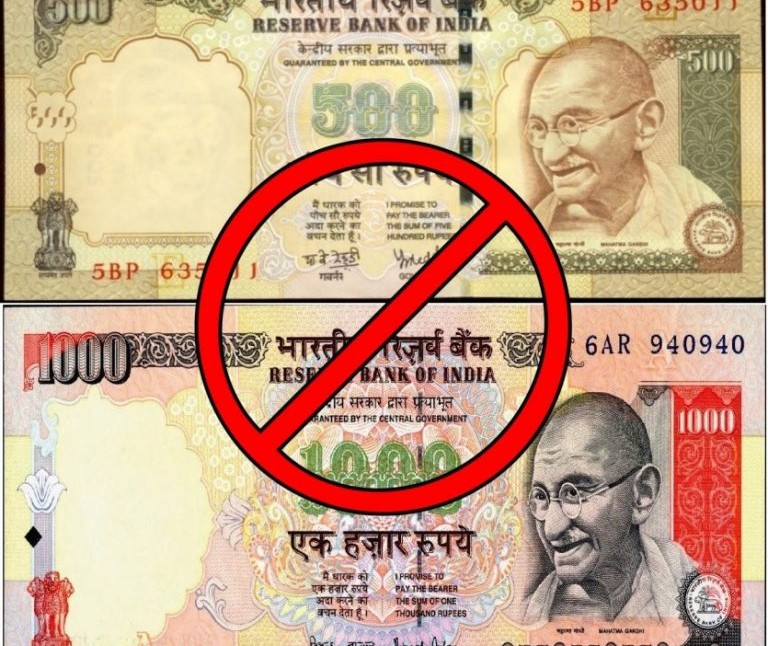 Reverse Helicopter Drop – a classic of terming the demonetization event in 3 words or to make it more brutal Demonetisation: To Deify or Demonize? – this is how the Economic Survey 20167-17 released by the Department of Economic Affairs terms the chapter on Demonetization.

Every currency note issued by the government is legal tender for all debts, public charges, taxes, and dues. Demonetization is a method where the government deprived certain notes of their legal tender status, except for specified activities (such as paying utility bills). While only two currency notes were denomentized, they constituted 86% of the total value in circulation.

What was the aim of this action?

There was a fourfold reason:

Why was this done?

Because all previous actions taken were either ineffective or too late like the creation of the Special Investigative Team, Introduction of the Black Money and Imposition of Tax Act 2015; Benami Transactions Act 2016 clubbed with the inefficient agreements with Switzerland and the tax treaties with Mauritius, Cyprus and Singapore. While these became old, the government demonetized these actions with the Income Disclosure Scheme.

Not the first time right, then why the stumble?

While we have had two previous actions of demonetization which took place in in 1946 and 1978, in neither of those times did the currency notes that were removed constitute so high a number as percentage of circulation and hence the impact was pretty grounded.

Facts / Opinions in the background.

Where did we go wrong?

While 86% of the currency was removed at one stroke, the alternative for those holding the currency to exchange for new notes / smaller currency notes was highly inadequate. This meant long queues at banks and empty ATM’s which continued for quite a while.
Government has as of yesterday removed the limit on how much of an amount could be withdrawn from ATM’s and Current Accounts while weekly limits still exist for those holding savings accounts. The suddenness of the action combined with the enormous impact on the common man has meant a slowing down of the economy. The Economic Survey puts the damage (slow down) at between 0.25% to 0.50%.
Ok. Lets’s move to the good stuff.

What are the benefits of this?

Given the cash crunch and the requirement of cash in everyday life, one positive impact was on the usage of plastic money. Card usage went up sharply as also usage of other alternatives like wallet based apps. How far this shall continue is a matter of speculation though the government is trying to push more people to transact through digital mediums since it provides a clear audit trail and makes tax evasion tougher.

In summary this is what the government believes

Demonetisation has been a radical, unprecedented step with short term costs and long term benefits. The liquidity squeeze was less severe than suggested by the headlines and has been easing since end-December 2016. A number of follow-up actions would minimize the costs and maximise the benefits of demonetisation.
These include: fast,demand-driven, remonetisation; further tax reforms, including bringing land and real estate into the GST, reducing tax rates and stamp duties; and acting to allay anxieties about over-zealous tax administration. These actions would allow growth to return to trend in 2017-18, following a temporary decline in 2016-17.