We take a quick look at what the government has been doing with respect to divesting its stake in public sector enterprises, or the Disinvestment Targets in the Budget. 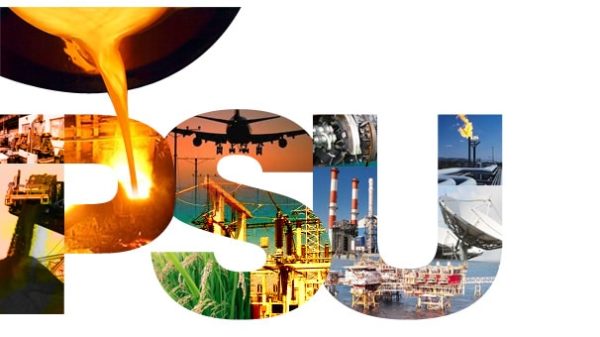 When India attained Independence, Agriculture was the single biggest contributor to India’s GDP contributing greater than 50% of the value. Services sector contributed around 30% with Industries contributing the rest. The 200 years of British colonization had literally buried the Indian Industry with India becoming a major exporter of raw materials and importing back finished products with no big Industrial base to speak of its own.
At Independence, we were a trade deficit nation with a low industrial base, high unemployment ratio and negligible private sector investment. Without industrialization, there was fear than the country in itself may not be able to survive the pressures of its citizens.
India had nearly 600 Banks at the time of Independence which seems a lot today, but given that most were small banks with very few branches, the total coverage was pretty low. The biggest bank of the period was Imperial Bank of India which later got renamed the State Bank of India.
Jawaharlal Nehru, India’s first Prime Minister believed that rapid industrialization was the most effective way to win the battle against mass poverty. The question was which model to follow and it’s here that we took a decisive turn towards a socialist economy that is yet to be fully dismantled.
Over the years, the Government of India alone has setup hundreds of companies with state government in-turn starting up thousands more. As on date we have around 240 major companies most of which are fully owned and operated by the GoI. Below is a list of companies formed during the decades (Data is survivor biased) Number of new PSU’s (Large) started by the Decade

One of the opponents of that vision was C. Rajagopalachari who was the founder of Swatantra Party. The party stood for a mix of socialist and capitalist ideas though it could never get traction and was dissolved after the death of the founder.
He was of the belief that the government had no business running a business. That it was best left to market forces and private capital to ensure that the tax payer was not shortchanged in businesses where inefficiency breeds over time. This is no surprise: unlike private capital which cannot operate if it cannot generate a meaningful return on capital, government enterprises can run for decades without bothering about a return.
Then came the 1991 reforms. The thought process changed from starting new companies to unlocking them and selling these Public Sector Undertakings or PSUs. While setting up new industries gains a lot of support, the idea of shutting down unprofitable ones and selling those where the government has no reason to be in (non-strategic) is hugely problematic.
The governments of the day over time have gone through the disinvestment of companies via two pathways.

The biggest advantage of partial sale is that opposition is limited even though the unions still try and oppose the move. A stake is sold at whatever price the market is able to absorb which funds the government while ensuing that it still retains its ownership.
The strategic / full disinvestment has a strong opposition from both politicians and the workers union. The only time the government was able to successfully dis-invest from a large number of companies was in the period of the first NDA government in 1999 to 2004.
But partial stake sales can also be a precursor to total sale as we saw in the case of Maruti which started off as a 100% owned public sector unit. A stake was then sold to Suzuki and over time, the government listed the company on the markets. Eventually the sale is strategically done, with the majority of ownership now with Suzuki.

A few other strategic sales have been of Hindustan Zinc (sold to Vedanta, even though the government has a large stake remaining) and VSNL (sold to the Tatas).
In IPOs, we have seen public enterprises listed such as ONGC, OIL, HPCL, NHPC, BHEL and so on. Nearly 70% of the banking system is majority owned by the government and most such banks are listed. The idea here is that control resides with the government and shareholders participate only as minority owners.
Since the defeat of the first NDA government, we haven’t seen any major disinvestment move other than regular IPO’s of a few companies. Every year, the government in the Budget speech comes up with an amount it hopes to raise and every year, the said amount is way smaller.
In the Budget of 2015, Arun Jaitley projected raising 69,500 Crores from disinvestment which was then scaled down to 30,000 Crores though the government finally ended up raising just 23,312 Crores selling minority stakes through IPO’s / FPO’s in a host of companies.
This year, the government has had better results. It has already raised over 23,528 Crore. But the big news this season is the strategic disinvestment of BEML, a profit making entity. Strategic Disinvestments are desirable given the fact that the new owner has a higher level of interest than the government would have had. 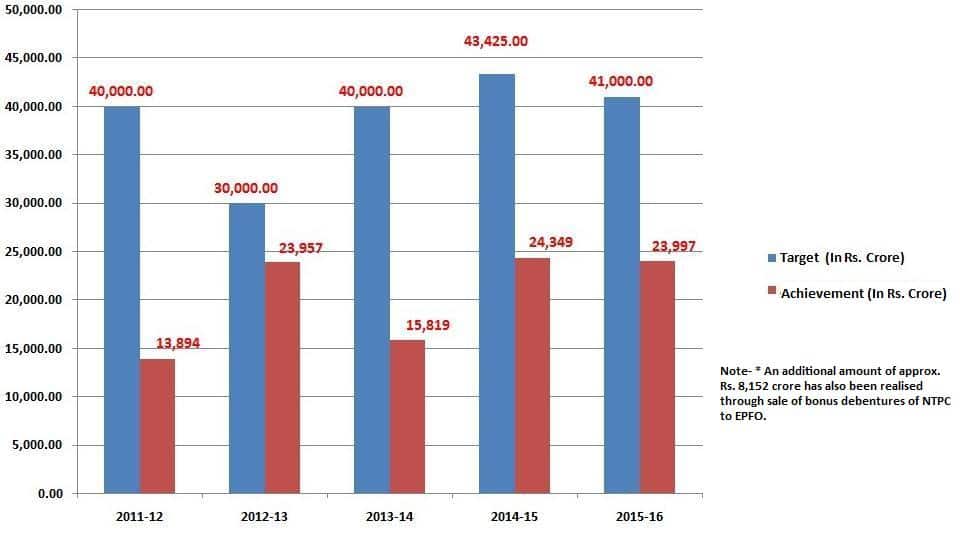 That will give this financial year Rs. 30,000 cr. worth of disinvestment, and there are still two months to go.

There was a mutual fund called US-64, which was a quasi-guaranteed fund, and it bought shares of companies. In 2001, after a deep stock market fall, the fund revealed that it’s net asset value was only Rs. 6, which meant unit holders lost money. After the public outcry that ensued, the government said it would pay back investors at Rs. 10-12 per unit. And then the government took over all the stock holdings that the US-64 held and put them into a separate holding structure – the SUUTI.
The SUUTI has held large stakes in three mega companies – Axis Bank, L&T and ITC.
In an era where the government has been looking to sell stake in publicly funded companies, it also held nearly 10% of these private companies, where a stake sale would not result in outrage by unions.
The government has in recent times attempted to rid itself of this stake, appointing merchant bankers to sell some shares. Recently, the government sold some of the L&T holding.
Most companies where the government unloaded a strategic sale has greatly benefited shareholders who held the shares even after the exit (Partial or Full) by the government. Maruti, Hindustan Zinc and IPCL (later merged with Reliance) have provided shareholders with pretty decent returns after the change of hands. Maruti, from its IPO in 2003, is up nearly 50 times. 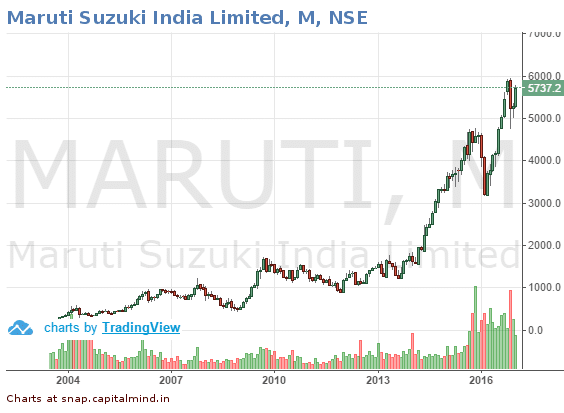 PSUs on the other hand, where the government retails control, haven’t done that well. Take the current FPO of MOIL.
MOIL had come out with an IPO in 2010 (November). Central Government sold a 10% stake, Madhya Pradesh Government sold 5% and Maharashtra Government rounded it up by selling 5% of its own.
With markets being bullish during the time, the IPO was sold at a price of 375 and while it did open with a premium of nearly 46%, 6 years down the lane, the stock price is pretty close to the price at which it has been sold. All you have now is the dividend, which at Rs. 38 per share in total is just 10% total return in 6 years. 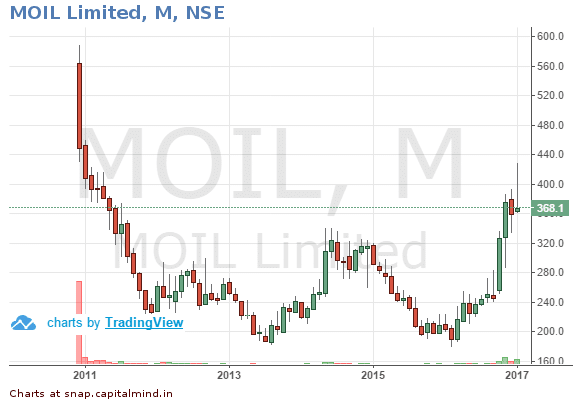 A recent development is to have government enterprises buy back their shares through a tender offer. A government company could instead offer a dividend but the buyback route allows the government to meet its disinvestment target since that is a different “bucket” of receipts.
While dividends are given proportionately, buybacks depend on how many people tender shares. If some people are too lazy and don’t tender, then the government’s share of the buyback will increase, and thus, its shareholding will reduce slightly more.

Finally: The BEML Deal And The Future

Strategic disinvestment fell out of favor after the loss in elections by the NDA and while we have seen a spate of small sales, BEML will be the first major strategic disinvestment soon.
BEML makes electrical equipment for the railways and for defence. It’s a profitable PSU. A strategic sale of companies such as BEML would provide them with the ability to generate a better Return on Equity (Current 10 year ROE is 6.5%). BEML is a test case for the government, especially given the belief of the Prime Minister Narendra Modi that Public Sector Units can be revived if given the right incentives and free hand for the management.
Additionally, the government will list public sector general insurance companies soon, with a 25% stake sale.
There is also the need to reduce government ownership to less than 75%, even in listed companies. In the near future, we should see a lot more shares sold.
There is a constant complaint that for all its stake sold, the government “forces” the Life Insurance Corporation of India (LIC) to buy shares. LIC is India’s largest insurer with 90% market share and is controlled by the government, making a mockery of a disinvestment if a government controlled entity is the biggest buyer.
Budget 2017 should provide us with a Roadmap on how the government wants to move with the disinvestment and whether BEML is a one off case or a real change in the view of the government as to what businesses (Strategic or otherwise) it wishes to run.