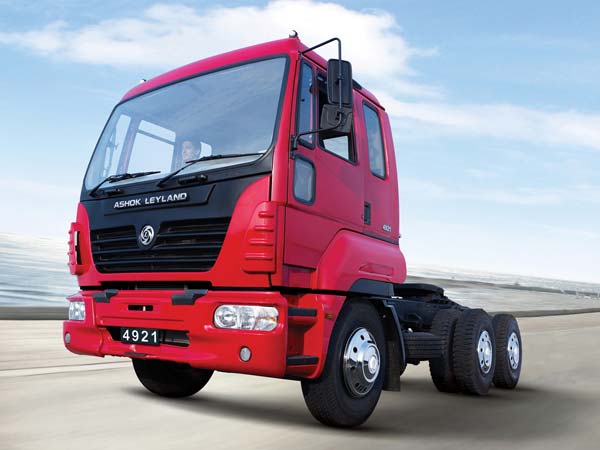 AL’s Electric bus with a higher ground clearance and larger in size was able to successfully complete the trial run on Manali-Rohtang highway. This comes at a time when another Chinese company struggled to complete the test and the National Green Tribunal has ordered the HP government to limit vehicle movement on the Rohtang pass.
In an interview with CNBC TV18 on the 8th December, Gopal Mahadevan, CFO of Ashok Leyland mentioned the following:

A week later on the sidelines of the Tamil Nadu Finance Conclave organised by the Confederation of Indian Industry (CII), Gopal Mahadevan, Chief Financial Officer of Ashok Leyland said:

ALs independent Research & Technology team is looking to roll out new models of LCV’s from its Hosur plant in Tamil Nadu by June, 2017. Its current model Dost has a market share of 32% in Goa and is among the favourite vehicles used for commercial transports.
Santosh M Karekar, Senior Manager, Sales, Gemini Motors (one of the Goa dealership) said:

Dost is doing well on the back of demand from transport industry, load operators and company distributors. It is the favorite pick-up of companies for transporting goods from the depot to the retailer.

AL is introducing 8-10  new vehicles over the next 3-5 years. The new portfolio of products will include new and upgraded versions of existing models like Mitr, Partner, Dost, among others.
Close to the end of December, here is what Anuj Kathuria, President, Global Trucks, Ashok Leyland said:

We are trying to reach out to as many customers as possible and provide better products which are more customised for their application. We are trying to meet the team of financiers and understand what are the steps they are taking to help customers who have failed to pay their monthly installments due to demonetisation. Some restructuring schemes have already been offered. As an adverse impact of demonetisation, the volumes of TIV trucks dropped from 25,000 in October to 15,000 units in November. So the decline was almost 40%. We cannot predict the volumes in December at this moment but it may be worse than November not only because of demonetisation but also it is the year end. Last year though December was good but traditionally the commercial vehicle sales slow down during the month.

Replacement demand will continue and will only increase if the ban on the 10-year-old commercial vehicles gets adopted by other cities. It is already in place in the national capital region (NCR), Mumbai and some other places. Growth will come from infrastructure projects and government spending in the sector will also increase in the coming years. Demand in the real estate segment is expected to go down and that may affect the market a bit. Also we have to look at the implementation of the GST as that will increase the efficiency of the vehicles. Revenue generation from the vehicles will increase as inter state taxes will cease to exist and turn around time of the vehicles will also improve. So the viability of a transport business will improve which will drive the demand for new vehicles. 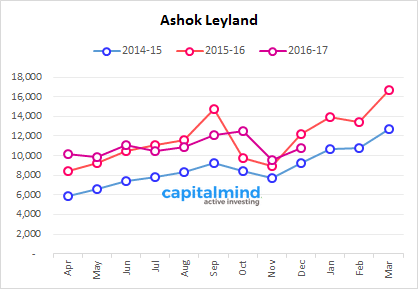