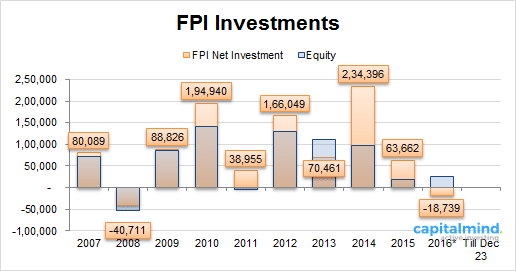 Call it Demonetization. Call it a Trump thing. Whatever it is, Foreign Portfolio Investors (FPIs) have sold over Rs. 40,000 cr. of debt investments in India in the last two months. 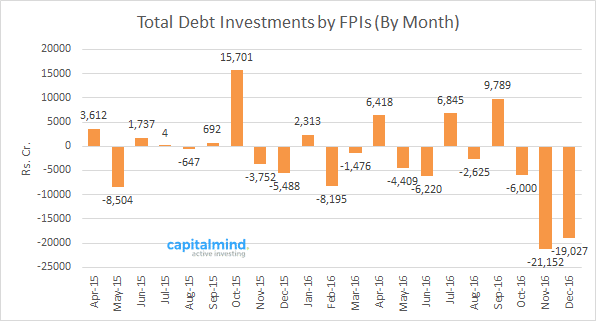 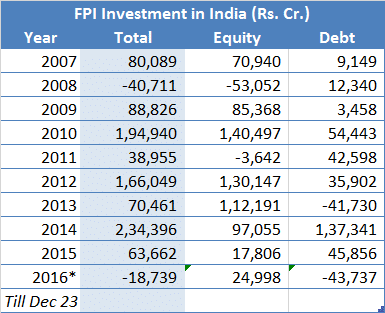 Why? And How Does It Impact Us?

Cut the bullshit. Get to the real stuff.

Bonds are not risk free. And 2016 has been excellent for bonds in general. Just not that great right now to stay invested in longer term bonds.