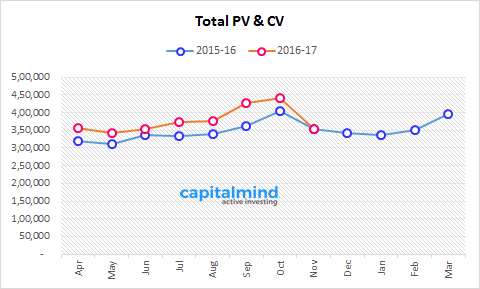 Sales of Passenger & Commercial Vehicles stood at 3.54 lakh units in November, 2016 against 3.53 lakh units during the same time last year resulting in a growth of 0.3%. 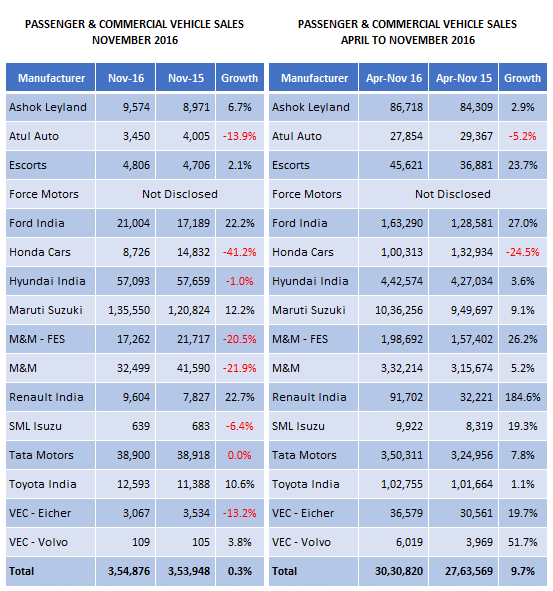 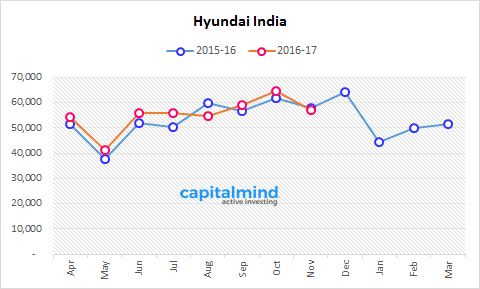 South Korean carmaker Hyundai plans to set a new bar in the premium car market as the company looks to add 4 sports utility vehicles (recently launched the 6th Generation Elantra in both petrol and diesel engines) in its portfolio over the next two years. The company is planning on bringing in one new model every year in a segment where it doesn’t have a presence and also introduce hybrid vehicles in two years’ time. Starting with the first half of 2019, Hyundai will launch an entry level SUV below Creta i.e. a sub 4-metre compact SUV
Hyundai also announced a sales contract with Bangalore based Self-drive Car Rental Startup Zoomcar, wherein 50 Hyundai Elite i20 cars were delivered. HMIL also rolled out the 7 millionth vehicle from its production facility in Sriperumpudur near Chennai.
Hyundai India’s Managing Director Young Key Koo said: 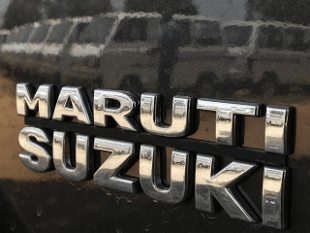 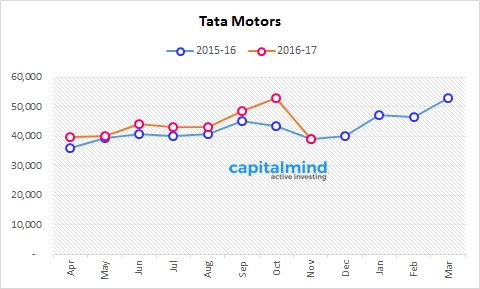 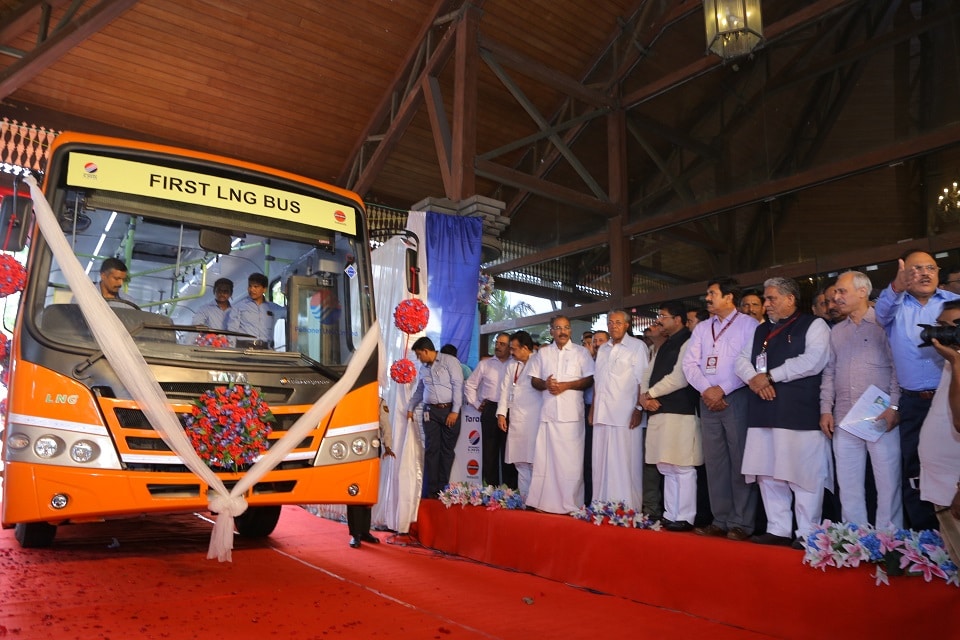 DIMO is proud to be associated with Tata Motors for over 55 years; a partnership that has been forged on the principles of trust, transparency & customer focus.

While Tafe does not disclose its monthly sales data, we decided to write a short note on the company as it becomes a significant player in the Tractors and Farm Equipment Space.
Privately held Amalgamations group firm Tractors & Farm Equipments (TAFE) has committed investment of Rs. 970 crore towards farm productivity in the state of Rajasthan i.e. Centre of Excellence-JFarm an advanced agri-research centre.
Mallika Srinivasan, Chairman and CEO of TAFE said,

The two initiatives – custom hiring centres and the centre of excellence in the form of JFarm Rajasthan – in over a five year period, involve an estimated total outlay of ₹ 970 crore in the agri sector of Rajasthan. Through the MoU with the Rajasthan government, we hope to partner with 900 farmer entrepreneurs, create 4000 jobs, and touch lives of 500,000 farmers positive.

Mallika Srinivasan had joined her father’s company Tractors & Farm Equipments (Tafe) as a general manager at the age of 27 back in 1986. Today she has grown the brand from a revenue of Rs. 85 crore to Rs. 9,500 crore.
Tafe is the world’s third largest tractor exporter and India’s second largest tractor maker having turned around Eicher Tractors (Tafe acquired Eicher’s tractor and components business in May 2005) in a little over a decade. It also makes and sells tractors under Massey Ferguson and TAFE brand. The company has set its sight on becoming a major player (Exports are projected to increase from 18,000 to 20,000 units in the current year to 32,000 units in 2018-19) to be the farmer’s first choice and is in no hurry to remain one of the largest unlisted companies in the country.
Love it or hate it, do leave us with your reviews in the comment section below!