We bring you the “Domestic Airlines Report Card for India” for the month of November, 2016. We take a look at the Number of Passengers carried, Market Share of Each Carrier, Passenger Load Factor and others. (Here is the Report Card for October, 2016) 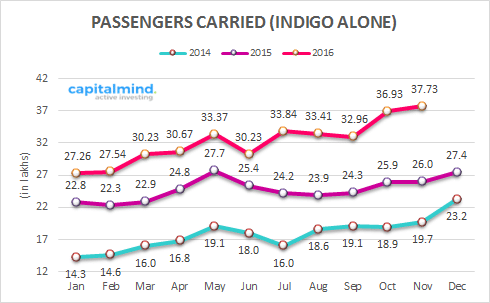 Indigo has now received a total of 12 A320 neos (with 2 coming in during November). With this, order book now has an outstanding 398 A320 neos and 20 A321 neos.
In an interview with Hindustan Times, here is what IndiGo’s President and whole-time Director Aditya Ghosh had to say:

Passenger load factor, or load factor, measures the capacity utilization of public transport services. It is generally used to assess how efficiently a transport provider “fills seats” and generates fare revenue.
First time since December of last year, Indigo broke into the 88% load factor with Go Air still below its July high of 90.3%. 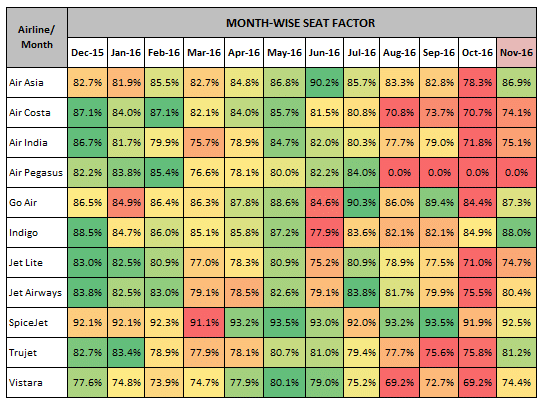 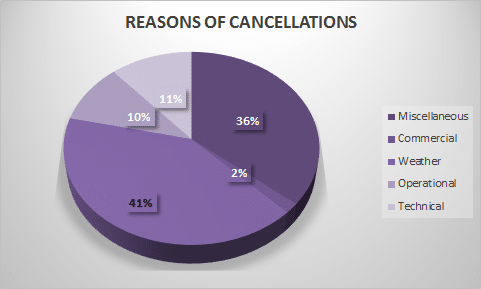