The Tamil Nadu based commercial vehicle manufacturer Ashok Leyland announced 71% growth Net Profits for Q2 at Rs. Rs 294.41 crore. This was backed by a confirmation that AL has completed the buyout of its stake from Nissan which now paves the way for the company to strengthen its position in the Light Commercial Vehicle market. AL will continue its other associations with Nissan which for the technology of the existing Dost, Partner, and Mitr models
Selling 1 unit every 5 minutes (over 1.5 lakh units sold across the world since launch), ALs first LCV (Light Commercial Vehicle) product Dost has been a major growth provider for the company. Its Saudi business, ALs distributor Western Auto launched the Oyster school and staff transport buses as it continues to be the 4th largest bus manufacturer in the world and market leader in 11m staff transport segment in GCC. 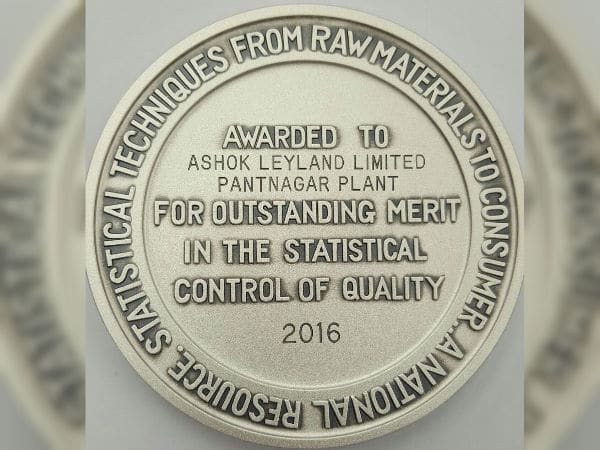 AL also managed to bag the 2016 Deming Prize for its Pantnagar manufacturing facility which makes it the first truck and bus plant in the world outside of Japan to win the award. The Deming Prize is awarded to companies that have established Total Quality Management (TQM) in their business operations.
Here is what Mr. Vinod Dasari had to say:
https://www.youtube.com/watch?v=y64LqLXUiP4