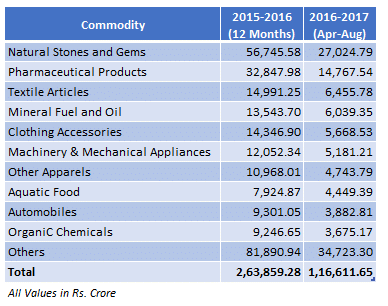 President Obama will give way to President Trump, in a surprise victory that has roiled world markets. What will happen to President Obama’s Health Care plan and how will it impact Pharma companies?
Going from the current to the former – President Obama introduced the Patient Protection and Affordable Care Act also known as Obamacare – an act that made it mandatory for every American who is uninsured to purchase a private health care plan, so that it would pay for everyone else to remain insured even with pre-existing diseases or claims.
Clinton wanted to expand the coverage of Obamacare and at the same time penalize drug companies for unjustified price increases. There is a cost of course – the cost is that people who are young and perhaps don’t need insurance, must now pay up or face a fine. Trump has called Obamacare as an economic burden and wants to bring about free market reforms to the health care industry.
Wait, that’s not the story. While Trump has Trumpeted a lot about repealing Obamacare, he has also confirmed that a new series of reforms “TrumpCare” will be brought to mitigate the issues arising out of the repeal.
While a Congressional report confirmed that repealing the ACA (Obamacare) would raise economic output, boosting the supply of labor and reduce the federal deficits by $216 billion over the 2016–2025 period, a report by the Committee for a Responsible Federal Budget Budget commented on “TrumpCare” that the end result is a cost of nearly $500 billion over ten years under conventional scoring.
Essentially,Trumpcare would “trump” Obamacare by increasing the fiscal deficit between 20% and 100% more than Obamacare did.
Under Obamacare, people with pre-existing health conditions could no longer be denied health insurance, and the consumer cost of some prescription drugs was greatly reduced or eliminated. If Obamacare were to be repealed, it would hit the individual insurance market impacting close to 18 million people.
Obamacare requires 80% of premium to be spent on claims and activities to improve health care quality and with the repeal the money would flow into CEO salaries, citizens with pre-existing condition would no longer be protected as Insurance companies would have the right of denial and encouraging women workforce would take a hit as the birth control and prenatal care would no longer be available resulting in un-affordable reproductive care.
This also affects employers who face an employee crunch because in the absence of affordable cover and preventive medicine, probability of developing chronic conditions skyrocket. You don’t want to live in the US without insurance – and insurers will raise premiums for those it considers risky – which increases costs for employers.
Without affordable insurance, without access to preventive care medication, this opens a new door for Pharma companies as prescription drug pricing pressures are eased with the government spending lower on medication. But Trump has voiced his concerns over outsourcing and has performed a NaMo by asking companies to bring back production and employment back to the states. While this may not affect Indian companies with a manufacturing facility in USA, it does affect the import of various goods into the country. (And it impacts Indian cos that manufacture in India and ship it abroad)
US is one of the largest importers of Indian products with Pharmaceutical ranking #2

Without a Clinton breathing down their neck, it’s likely that companies like Sun Pharma (or Taro) will not have to get rapped for higher pricing of their drugs – but remember, the investigation is run by an entity that is not controlled by the president. Therefore, any price collusion that is found – where, say, Cipla increased prices when Sun did or such – will draw penalties and fines.
Trumpcare still suggests that Medicaid will negotiate with drug companies to lower prices. There is still angst about high drug prices – and when insurance is not easy to get, that angst will increase. So we expect pharma companies to be in the limelight somewhat more.
Therefore, Trump’s arrival may only provide temporary relief to Indian pharma companies. They will be targeted because they are Indian (i.e. jobs are in India rather than America) and that they are higher-cost pharma (drug prices are much higher than, say, neighboring Canada). However, the vitriolic targeting by the Democratic party will no longer be the case, as the Republicans control much of the US congress including the presidency.