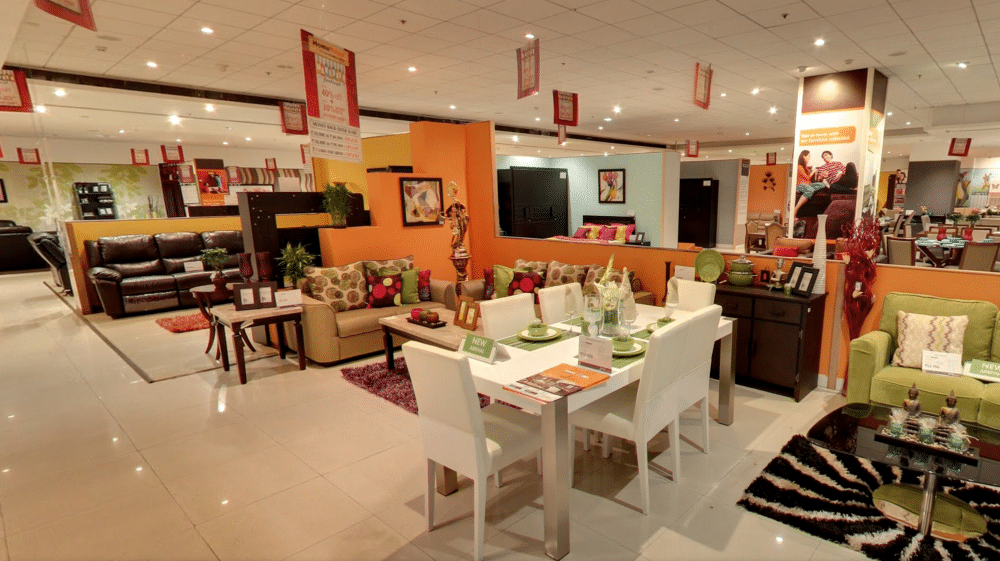 So my friend, let’s call him K, decided to go buy furniture and fixtures. He went to HomeTown and bought stuff worth Rs. 76021.
And then there was a Bajaj Finance advertisement that told him, oh, pay only 4% and get this on a loan!
So this is how they sold it to him.

Under The Hood: The Actual Rate Is Closer To 9%

But that’s not how it works under the layers. Think of it like this:

Here’s how it works: 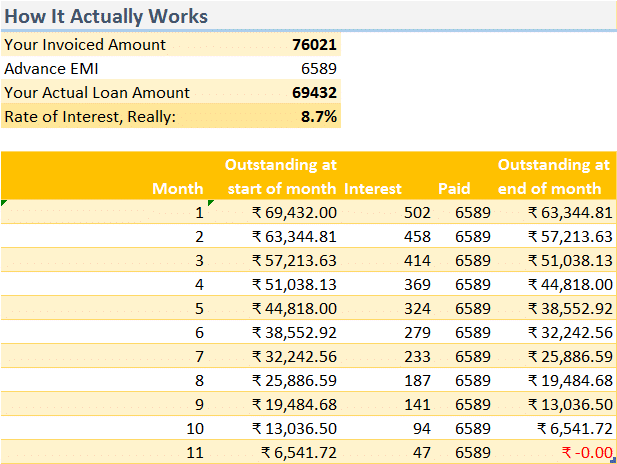 Using the same calculation as above, we realize that K actually paid 12% for the loan. 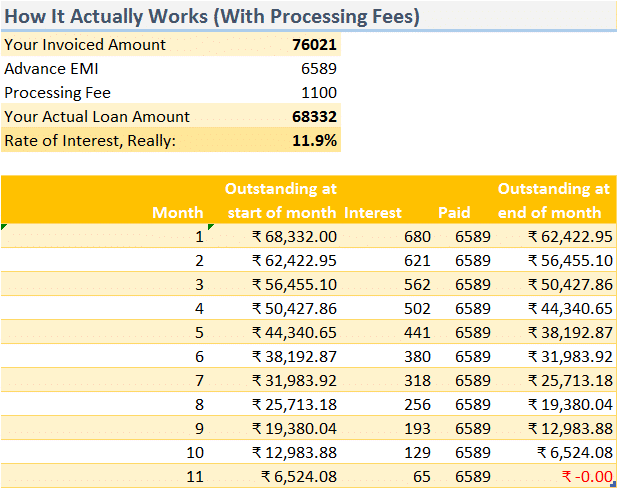 The finance folks here will complain that oh, you’re not ACTUALLY paying 12%, because the processing fee is just a fee and so on.
But it’s 12% really. Here’s why:
If you had Rs. 76021 and instead of taking a loan you kept the money (minus initial EMI etc) in a bank deposit or mutual fund, you would need an interest rate of 11.94% to actually pay this loan back at 6589 per month.
That’s why it’s 12%. The effective cost of capital, to you, is that much.
Note: It’s actually even higher if you have money in fixed deposits – because you’ll pay tax on the interest you earn, and cannot offset it against the interest you pay. It’s a mess and the salaried individual is the worst off in this debate.
Is Bajaj Finance making a killing? Well, they get the money from you. They also get a discount from the folks that sell you the furniture. And they pay out part of the “processing fee” as a commission to the agent. For them, net of everything, they probably rake in 15% or so. Which isn’t too bad, so one might just buy their shares. Also people love to hear 4% because it’s darn difficult to realize it’s 12%.

But What If You Don’t Have The Money?

This might still be useful because there are hardly any easy sources of loans that give you this cash at 12% or less.
We went to a Bankbazaar and put the amount in – for a 1 year loan of Rs. 76,000 you will pay just a little more (at 12.50%) per year. Notice that the numbers here look very close to the Bajaj Finance deal – only that the banks don’t pretend it’s 4%!
(They can’t. The RBI doesn’t allow them to. Bajaj Finance is an NBFC so they get to do these things) 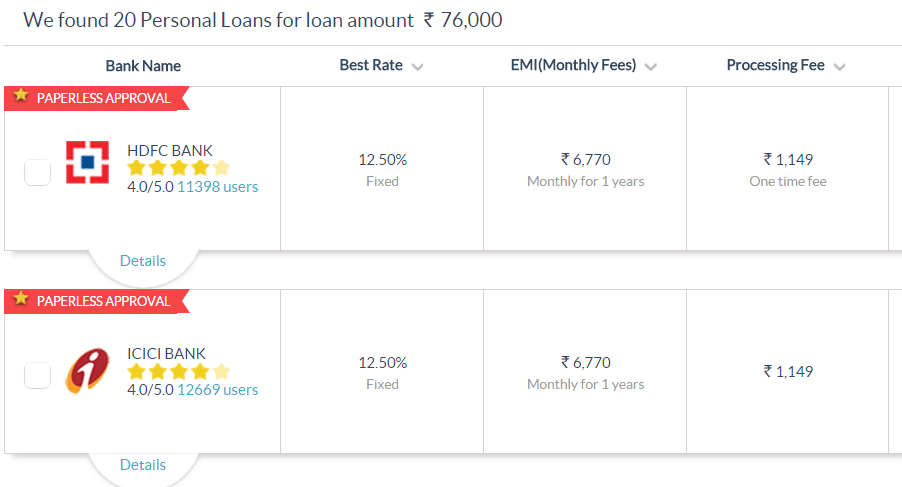 (If you don’t mind the extra interest cost, banks love it when you take loans and repay them – they then give you future loans at 0% processing fees and/or lower interest.)
In reality, the 4% loan isn’t 4% – it’s actually 12%. But it still may be the lowest loan amount you can get if you don’t have the money. If you have the money, unless you’re getting a whopping 12% from it, it’s better to use your credit card, get some points, and pay off the credit card bill with the money.
Disclosure: Author owns some shares of Bajaj Finance. Author wishes he had a lot more shares, dammit.