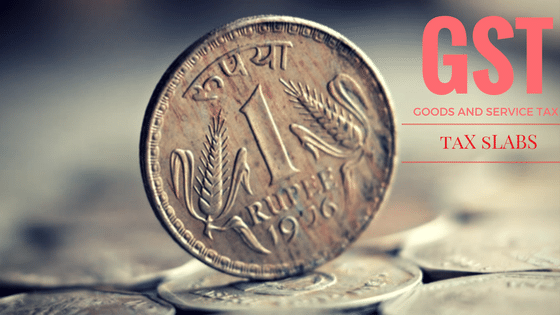 We finally have GST! Or something like GST. We have six different rates, for different items. Central and state governments has finally found some agreement on GST rates, though. GST rates will be divided into four slabs 5%, 12%, 18% and 28%. Apart from this there’s items that have zero tax, and then items that have “demerit” so will be taxed above 40%. (And petrol and diesel and alcohol will be state specific rules)

Apparently higher tax on luxury items will compensate for the mass consumption items which have low tax rate of 5%. This mainly to protect people from the lower end.
There is a cess. This is outright stupid, because they could have just increased the rates, and made it simple. But to continue to provide employment to vast number of accountants, lawyers and CAs, we have a cess. This cess is for five years, apparently – after which it won’t just go away, a new finance minister will come and crib about something else and keep it on, but we are being told it’s for just five years, so that we will shut up.
The Finance minister stated that it would have been inflationary if they would have not taken two tax slabs (12% and 18%) as the standard rates. Government has not yet decided the tax slab for gold. (Currently taxed at 10%)
The exact impact of GST will be known once the tax slabs of individual items are finalized. Which means we have to just make do with guesswork about what goes where.

The Impact: We Don’t Really Know So We’ll Guess

We’d love to tell you but we really can’t nail it down just yet. Who knows, they could have made tax on services = 12%. That would be lovely. Or they could have made it 18%. Which is bad. (It’s currently 15%).
And if you can have one rate for all services, why can’t you have a single rate (or max two) for all goods? But no, apparently, because according to their logic, it’s perfectly fine to tax haircuts and banking fees with the same tax % as for first class airline travel, but you can’t charge the same percentage for selling a car versus selling steel. Having a lesser number of tax slabs would have eased efforts substantially, but we aren’t going to get there.
The standard defense is that something is better than nothing. Here, take some crumbs and go sit in a corner. I wonder if our discourse is so bad that we can’t even aspire for something better just because we could have got something worse.
The main thing that we know now is that there are six rates. This by itself means that your life will be a lot more complicated. You will be able to offset one against the other, so most manufacturers will be happy. Pure service providers can offset input services but cannot offset VAT paid on goods, and they don’t even get to see excise duty that is implicitly paid (today). But with GST, they will be able to – so a coffee shop will be able to offset VAT+excise (effectively the GST) on the coffee they buy, the consumables, the service tax on the electricity bill they pay, and so on. This is good, but they’ll still need a CA to know which item is charged in which slab and what has a “cess” etc.
The second thing we now know is that April 2017 might just happen, for GST. This however will require a lot of work in overhauling the existing system (Excise, VAT, Service Tax) and preparing a new one. There is a lot of work to do and not enough clarity on how fast it can be done.
We have no idea yet how this will impact government employees – will state govt tax officials be moved to the center? Will the collection infrastructure be merged into a single entity?
Petrol, Diesel and alcohol are anyhow out of the ambit of GST. And States get to decide that certain items, in their states, come under different slabs. This is going to be a mess especially if all states have a lot of slab-changes.
While the GST is a good thing, it’s turning out to be ludicrously complicated already, and will get worse when the final decision comes. And then, when they draft these “agreed upon” items, someone will put loose words into the system that creates scope for a gazillion loopholes. To plug these, the government will keep adding clauses each year.
There are other economic consequences. Certain states are producers. Others are consumers. The producing states used to get excise. The consuming states would get VAT. Now, only GST comes up, and all taxes go to the center. The central tax is then distributed to the states in some formula, so there is a greater dependance on the center – which will at some point have political issues. But the economic consequence could be that producing states (which have manufacturing) will have lower tax collections and will have to be compensated for the loss by the centre.
Finally, we have to understand this: prices will go up. This government has not reduced our taxes ever, and is not going to do so. Service tax will likely be at 18%. A 4% item will pay 5%. Only some items which saw 28% taxes earlier might see 18%. We don’t think that will be a lot because everyone wants “revenue neutral” – as if the concept of GST would not have brought out a lot more people into the tax net and increased the pie at all.
This might however reduce the black market component of businesses, because even if you take cash as a business and dont pay GST on your sales, you still have to pay GST on inputs (like phone bills, or your input products). You won’t get any credit if you don’t charge GST on your output. So the black market – or cash payments – may be disincentivized through a standard GST. But never write off the Indian ingenuity – like they said in Jurassic Park, “Life Finds a Way”.