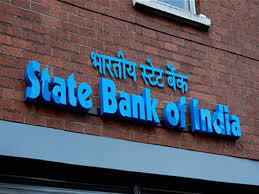 India’s Banking Giant SBI, which has a market share of 17.53% saw its net profit taking a hit, mainly due to high provisioning. The bank has reported a consolidated revenue increase of 9.11%, despite which, its net profit took a huge plunge by nearly 100% and is currently at 20 Cr. The high NPA and higher provisioning by its associated banks has been a dragging factor for SBI profits.

Every bank has a watch list. These watch list are the composition of high risk loans, which might get converted to NPA in future. SBI has classified  textile, Iron & Steel,  Power, Oil & Gas, Chemicals, Construction, roads and engineering sectors as  high risk sectors. For the year ending Mar-16, SBI had Rs 34,776 Cr in its watch list.

Associated banks have been dragging the profits of the SBI. Though the banks are under process of the merger, but their loan book is worsening quarter on quarter. SBI might end up taking a huge blow with regard to asset quality.
Associated banks had good asset quality till the end of March-2016 quarter. Post that, the asset quality has gone down, for instance SBP which has reported Gross NPA % at 6.73% in March-16, has suddenly increased its Gross NPA% to 19.08%!. Its almost 3 times. Its not only the case with SBP, the other banks are also following the same footsteps. Even their Provision coverage ratio (PCR) is dropping.

The issue of demonetization should help SBI collect more deposits. As the largest lender, though, it may see NPAs also balloon up as people who depend on the cash economy (from farmers to middlemen to retailers) are borrowers too. And defaults will come.
The increased cost of operating the cash exchanges will change a lot of things too, for banks, especially SBI. However this bank in itself will see a lot of business since it has the widest reach among all banks. It will also see a huge potential for more loans as the economy recovers, but first, it will have to deal with the impact of a recession in businesses and households.
Overall, banks will see a longer term benefit, but in the short term the NPA issue and the cost of the demonetization exercise will hurt the SBI balance sheet, apart from the damage from the subsidiary banks. While it’s a large large bank and it won’t be in ‘trouble’, it will face slower growth as things move forward.
Disclosure: No positions.