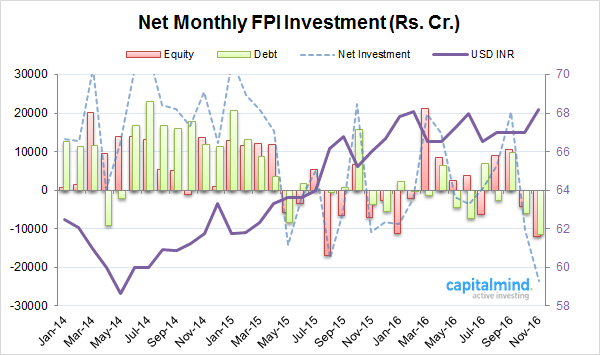 Foreign investors are selling Indian stocks and bonds. They’ve sold over 12,000 cr. of equity and about that much in the debt markets, for a total exodus of 24,000 cr. in November.
This is the biggest outflow for debt since Jun 2013 (when 31,000 cr. was sold by foreign investors) and for equity, the highest outflow since August 2015. The rupee is now above 68.

On an annual basis, FPI investments are the lowest since 2008.

This is also the only year where foreign investors have sold in the debt market, apart from 2013. We still have a month to go, though. 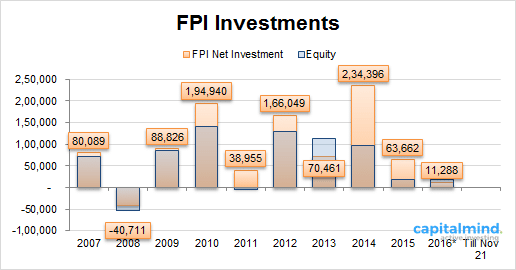 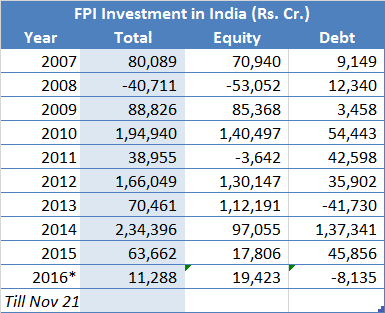 Since 2007, FPIs have bought over 600,000 cr. in the Indian markets. That’s about $90 billion. Some of it will flow out because other markets are attractive. Some of it because India isn’t attractive enough. But a one way flow will not continue forever.
Domestic investors have, in recent days, stepped up and bought the index, and in the longer term, the only real alternative to foreign investments is the domestic investor. Hopefully, one day, it won’t matter if FPIs have sold shares, but now is not that time.