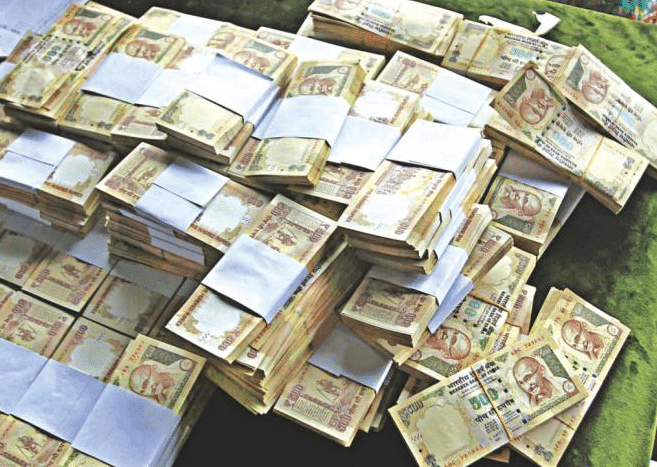 The RBI and the government have removed Rs. 500 and Rs. 1000 notes from the economy as legal tender. Meaning, if you have it, you have to go exchange it for cash or deposit it in a bank.

This is a huge huge deal. These notes have been a problem because of a) counterfeiting by Pakistan-based terrorists and b) hoarding of these notes by people who don’t pay taxes or declare it as income.

Let’s get into the opinion piece later. For the record, I think it will do our economy well in the longer term. But first, what is the deal? (See RBI FAQ)

This is not an attack on cash. There will be new Rs. 500 notes. And a new Rs. 2,000 note. (Which is not going to be tracked by satellite, so don’t believe the WhatsApp rumors) So if you think about a vegetable seller, after a couple days of inconvenience, he will accept the new notes and give you change just like earlier. The cash economy continues.
The new notes will slowly get into the economy, and while they do so there will be periods of heavy demand, but it won’t change things after a while.
This is not going to change things for people who deal only in cash. They will continue to do so. This will not bring everyone into a “cashless” payment system. Cashless is only for the elite right now, and it will remain an elite thing until we get the education thing better and far far better fraud protection. People use cash because they hate it when bankers won’t treat them like humans and won’t tell them what happened to their money – and only the elite get treated better. So let’s zip up until the RBI creates massive penalties for banks mishandling people’s money – and if RBI does that, most of the banking system will fail because they just will not bother to care. People won’t go cashless, and not due to this change – at best, they will move to gold.
Black money gets reset to near zero, since if you have large swathes of cash, you can’t really do much. So the black money person will probably pay with a huge discount to a dealer or jeweler to exchange for new notes.
But Black Money will start again. Once the new notes are in, cash generation continues. More black money will be generated, supported by a new Rs. 2,000 note to store it in. When the king dies, the next heir is immediately the new king. So the saying goes, and you have to say it fast, “The King is Dead. Long Live The King”. We’re just going to replace “King” with “Black money”.
The people that are hurt the most are the people with massive cash hoards. The image above has probably around Rs. 50 lakh in cash in bundles. And those are Rs. 500 notes – with Rs. 1000 notes, a similar number of bundles is Rs. 1 cr. All this would fit in a bag that you use to carry vegetables. And people have cupboards and mattresses full of them. They are gonna hurt big time. And it probably serves them right.

What happens to the market?

The general feeling is that real estate is screwed. Of course, it is. Much of the transactions are paid for in cash, at least 30%. That part will change but painfully. A house that is registered for Rs. 70 lakh and whose market value is Rs. 1 crore, will now be difficult to sell at Rs. 1 crore. because no one has the Rs. 30 lakh in cash to pay extra. Housing prices are more likely to drop because the cash component is gone.
And that will hurt the housing ancillaries. Like Tiles. People pay for tiles and furnishings in cash, except in large cities. For that, you need a reasonable cash hoard. If you have a reasonable cash hoard, you’re probably screwed. So you won’t buy the tiles, and that will crimp business. Tiles, paint, furnishings, pipes, carpets etc – all of these industries will hurt in the short term.
Also, we will see an impact on housing finance companies and even banks. A real estate crash will hurt them – they have lent Rs. 800,000 crores to housing (If housing prices fall, there will be defaults).
The overall economy gets hurt too. People that hoard cash also spend cash. They won’t now because they’ll run scared – since their money is no longer legal tender. Traders won’t have liquidity to buy stuff (if they bought earlier in cash) and that will create shortages – and thus, lower spending. The cash economy probably accounts for at least 20% of GDP, which is about 30 trillion rupees (or Rs. 30 lakh crores). There is only Rs. 17 lakh crores in cash, but it rotates a lot within the system. This is about Rs. 2.5 lakh crores of GDP per month in cash. Even a small percentage impact – even 10% – will have a large impact, relatively speaking.
Gold is likely to go up, because hey, we don’t trust the currency, remember?

But overall, the impact is hugely positive in the long term. We deserve a market correction anyway. And real estate deserves to come down substantially. We also deserve a slowdown in terms of a recession, and this might just help trigger it.
But as we come out of it, we’ll have a more organized system – lesser black money hoards out there (though it will continue to build up). The same banks that hurt due to an RE bust will be stronger because some of the black money will come back in as bank deposits and strengthen their CASA. The government will probably collect some tax from cash undeclared earlier, which will help in terms of the Govt. not imposing even more taxes on the rest of us. Lastly, honest taxpayers will feel vindicated.
Cutting black money helps in general, as money isn’t locked in mattresses and the relative business advantage of not paying tax carries a huge risk of losing all of the money. It will also help with removing counterfeit notes, in the near term.
Also, what is positive is that on a day like this, we don’t give a damn about Donald Trump or Hilary Clinton.
Lots more action to come, but ask us your questions!