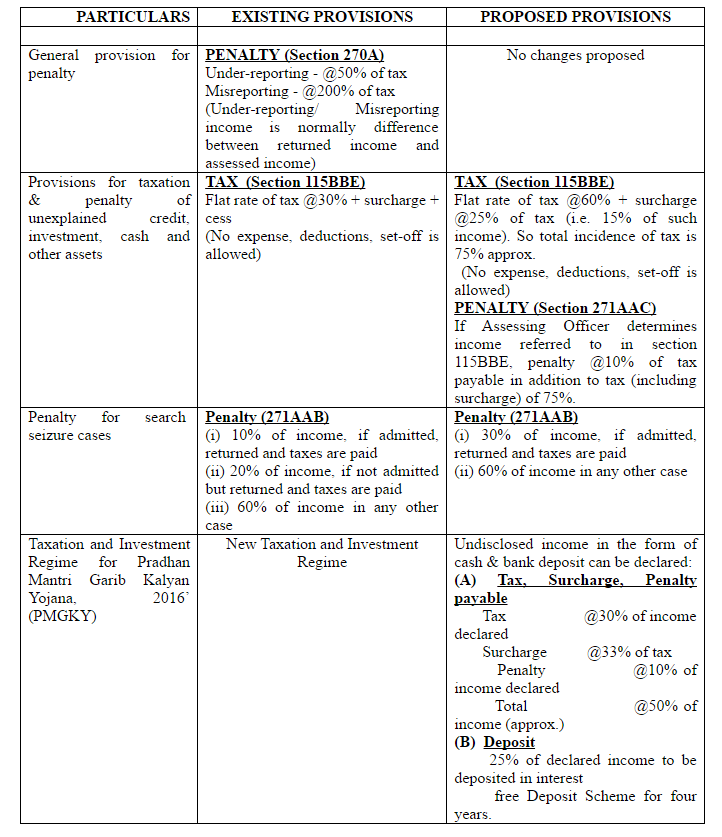 The government has proposed changes to the income tax act about “unexplained cash deposits” in bank accounts.

It’s very complicated. Essentially it means either 50% tax if you just straight up admit all the charges. More if you don’t.
Typically, to be able to say you have not disclosed income, the income tax department will probably have to let you file returns. So action in this case might not come immediately. The tax department will ask, of course, but you have time till 2018 (March) to declare your income in one of the above clauses – or to justify the money as savings.
This is yet another income disclosure scheme. This one might be a way to tax all those deposits in bank accounts that are higher than people can explain. But the IT department is going to have a tough time. It is very difficult to deny claims where people can easily say that they’ve saved this money over many many years – especially because you do not have to declare your “cash balance” every year. And for many people this is simply true. They save in cash over years, and they don’t earn enough to qualify in an income tax bracket, and they have now deposited the Rs. 2 lakh or so into their bank accounts today.
Where some people have deposited more, the department might get aggressive and get tax out. But aggression in tax collection creates more pockets of corruption. While this amendment provides a way out to a few people that are happy to pay about 50% tax, the larger issue will be that the big fish will escape the net.