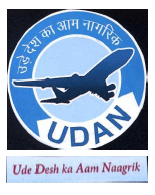 The Ministry of Civil Aviation launched a new scheme aimed at boosting the Indian Aviation Market. UDAN or Ude Desh Ka Aam Naagrik.
A market-based mechanism in which airlines bid for seat subsidies with an aim to create economically viable and profitable flights on regional routes. The scheme UDAN will provide connectivity to un-served and under-served airports through revival of existing air-strips and airports for a period of 10 years.
Currently the Indian subcontinent has 24 International Airports including 6 privately managed ones which witnessed an overall flight movement of over 44,000 aircrafts per month (from Jan-14 to Dec-15) and over 50 custom and domestic airports throughout the country which witnessed an overall flight movement of 6,800 aircrafts per month (from Jan-14 to Dec-15).
Related Post:  Passenger Traffic Falls by 1.5 Lakh, Indigo Achieves 40% Market Share
With this scheme, the government aims to boost the activities of 16 under-served airports and 398 unserved airports. The ministry hopes that the first flight under the scheme would be able to take off by January next year and has called for support from all players to make it a success.
Speaking on the launch of the scheme, Minister of State for Civil Aviation Shri Jayant Sinha said:

“The objective of the scheme was to ensure affordability, connectivity, growth and development. It would provide a win-win situation for all stakeholders – citizens would get the benefit of affordability, connectivity and more jobs. The Centre would be able to expand the regional air connectivity and market. The state governments would reap the benefit of development of remote areas, enhance trade and commerce and more tourism expansion. For incumbent airlines there was the promise of new routes and more passengers while for and start-up airlines there is the opportunity of new, scalable business. Airport operators will also see their business expanding as would original equipment manufacturers.”

What is the scheme all about?

A market based mechanism where operators will assess demand on routes; submit proposals for operating / providing connectivity on such route(s); seek VGF, if any, while committing to certain minimum operating conditions.
The selected airline operator would have to provide a minimum of 9 and a maximum of 40 UDAN Seats (subsidized rates). The minimum frequency would be three and maximum of seven departures per week.
The fare for a one hour journey of appx. 500 km on a fixed wing aircraft or for a 30 minute journey on a helicopter would now be capped at Rs. 2,500, with proportionate pricing for routes of different stage lengths / flight duration.
Related Post: New Aviation Policy Wants 50 More Airports, Creates Open Sky Policy

How will this work?

As per the International Civil Aviation Organization, benefits worth Rs. 325 are derived from every Rs. 100 spent on air transport and every 100 direct jobs in air transport result in 610 jobs in the economy. The government hopes to cash in on the consumption-led growth that spills over from the populated metros to the hinterland areas.
While the government has set a high target, it will be up to the State Governments to shortlist their favorites as the selection of airports along with the confirmation of the concessions would be done in consultation with State Government. 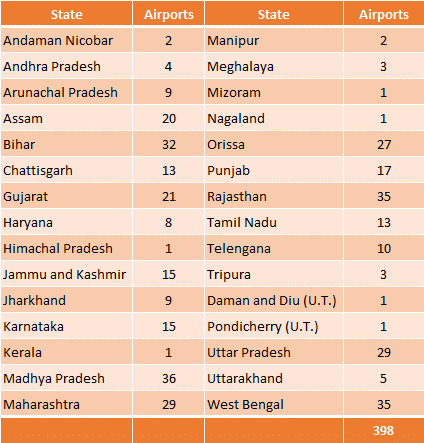