Stock of Repco Home Finance Limited (RHFL) – incorporated as a wholly owned subsidiary of Repco Bank or the Repatriates Cooperative Finance and Development Bank got hammered on Monday.
The stock saw a drop of -5.59% after news of a CBI raid hit the markets early today. 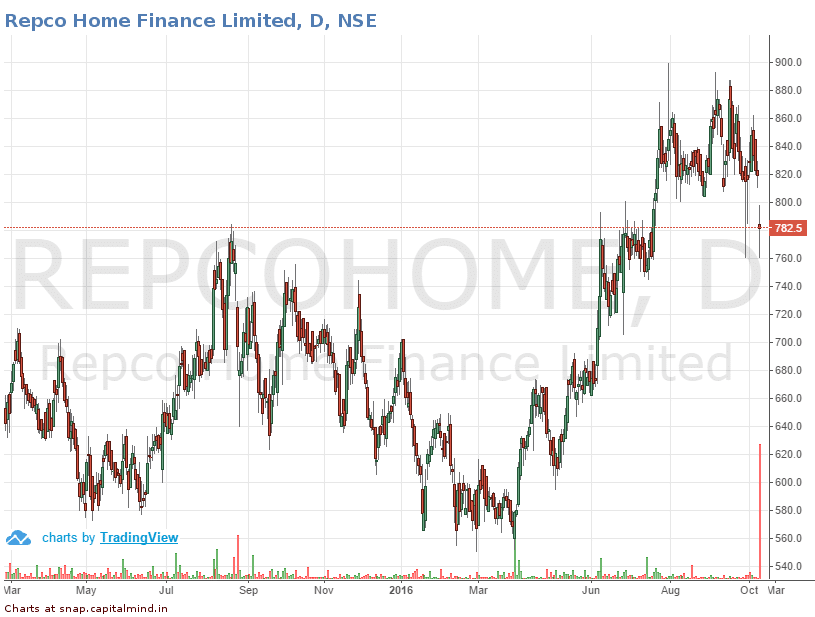 The CBI conducted searches at the residences of Managing Director R Varadarajan (left on the photo), Executive Director V Raghu, and former Chief Manager Kannan.
The search was conducted on the back of allegations that Repco officials favoured a Coimbatore based firm by waiving off Rs 24.31 lakh penalty related to a Rs 3.7 crore loan (from Repco Bank) that had turned into a non-performing asset.
The firm in question was a partnership of Smt. Shantamani and Shri Thirumalaisamy who took a loan of Rs. 6 crore from the bank (when R. Varadarajan was heading the bank). Shanthamani alias Shanthi, and Thirumalaisamy alias Thambu, were partners of a Coimbatore based partnership firm dealing in textile machinery spare parts and real estate. 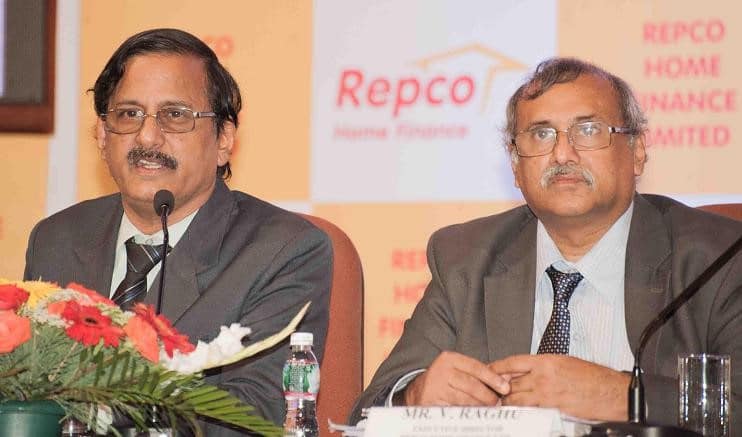 According to CBI, during 2005 and 2008, the firm took a loan from Repco of Rs 3.70 crore which defaulted. The NPA was later closed during 2010. The CBI says the Repco execs favoured the partnership firm by waiving off a penalty of Rs 24.31 lakh. During 2013, Repco bank apparently waived off pre-closure charges of Rs 22.64 lakh for another loan.
However, Varadarajan has clarified that

However there’s no mention of any other loan of Rs. 3.7 cr. that turned NPA etc. (It’s likely that loan was taken from Repco Bank, the promoter of Repco Home Finance, where Varadarajan was an exec when this NPA piece happened)

CBI won’t chase people because they waived off a small pre-closure charge or even a processing fee. Every bank waives this routinely. After all the primary business is to get interest! There’s more to this than we are being told.
Having said that, the Home Finance entity is not being accused – the loan that turned NPA seems to be with Repco bank, the government owned founder.
Losing Varadarajan may not hurt the prospects of Repco Home Finance, which is a more corporatised entity. Therefore even if things go sour on the CBI front, a replacement might work just as well. This is not such an individual-controlled entity.
Repco, though, has a P/E of 30. It doesn’t have that much corporate exposure, but it’s definitely not cheap. Is this a screaming buy at this price? Probably not – and the risk still remains that more bad news may suddenly appear. Shareholders should get some solace is that nothing in this era sticks – LIC Housing Finance too saw raids of officials in 2010 – the stock fell 20%+ and then, has recovered to about 3x the low price. (Though it has to be said: The stock fell 30% after it had that big crash on the day of the raids). We wouldn’t jump to buy in, and current shareholders should watch carefully if more bad news comes up later.
Disclosure: No ownership by Analyst, family or company. We have added the stock in CM portfolios in the past, but it doesn’t exist in any current Capital Mind portfolio.