Rallis, the TATA group subsidiary has reported 21.17% growth in revenue, which generated 31% growth in PAT year on year. The company is mainly into manufacturing agro chemicals, mainly fertilizers, pesticides, plant nutrients, seeds etc.
The monsoon has been playing a vital role in sales of agro chemicals. With better monsoons this year, Rallis has taken the advantage. The international market like Brazil has also been supportive to company in terms of revenue generation. Resulting revenue has gone up by 31%.
The management in its press release has stated, the Rabi season might also turn out to be good as the water levels in reservoir has increased.
The company for the last quarter has leased out land to IKEA for 158 Cr. The income from that has been recognized in the last quarter. Thus last quarter results is not comparable (it’s an exceptional gain)
Key Takeaways:

The stock was almost flat at 236 Levels on the results day. The trailing P/E stands at 15.54 (including the EPS generated by leasing property to IKEA). 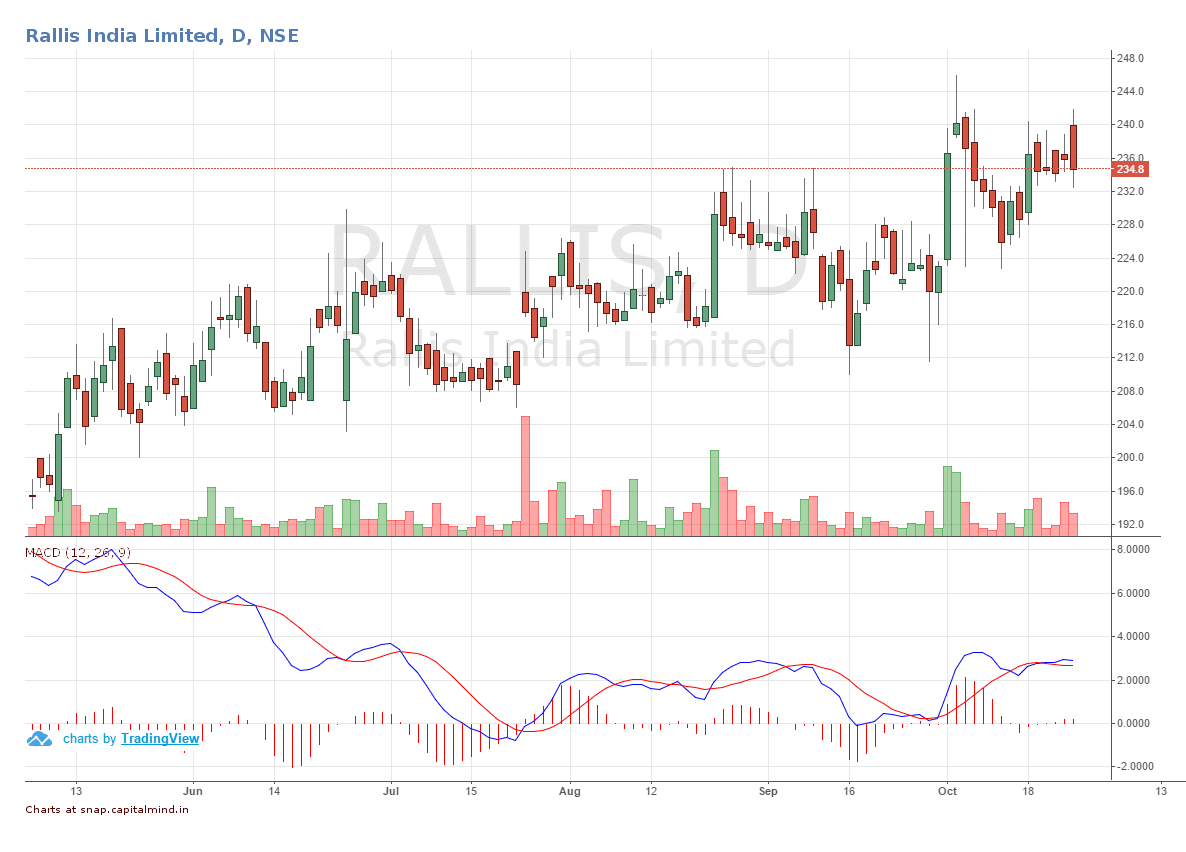 Disclosure: While Rallis was part of a Capital Mind Premium portfolio (Monsoon Portfolio) it’s no longer in any. No holdings by the authors. No relationship with the companies mentioned.