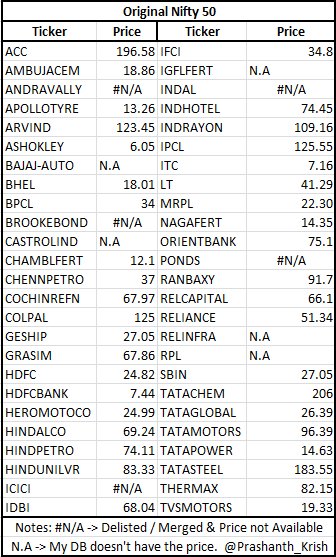 LPG consumption is growing by over 10% and private refiners RIL and Essar Oil want a pie of it. (Link)

#general: A Quant Startup Made $430 Billion In Banks’ Systemic Risk Vanish In 25 Minutes

Earlier this month, the firm made its mark by eliminating $430 billion worth of overlapping foreign exchange trades across five currencies for six banks including Goldman Sachs Group GS +0.09%, JPMorgan Chase JPM +0.34%, Bank of America BAC +0.66%, Deutsche Bank  and UBS. (Link)

Apollo Tyres is setting up Europe’s largest greenfield plant in Hungary with an investment of 475 million euros to produce nearly 62 lakh tyres for passenger cars and heavy commercial vehicles per annum. (Link)

#stocks: The other KG gas scam: Is ONGC being bulldozed into saving a debt-burdened Gujarat-owned company?

Observing that if people file an RTI query, they must know who the defaulters are, the bench asked the Reserve Bank of India (RBI) why the information on defaulters should be withheld. (Link)

Tata Sons, the holding company of the $103-billion diversified Tata conglomerate, expanded its board by inducting two of India’s prominent industrialists as non-executive directors. (Link)

India’s telecom regulator TRAI has recommended the DoT to impose a combined penalty of Rs 3050 crore on Airtel, Idea and Vodafone, as these operators were found to “willfully violate the license conditions” by denying Points of Interconnection to new entrant Reliance Jio. (Link)

Ajay Bagga, Market Expert, says it is a shift back to the old guard. There are enough old guard still in the Tata Group. (Link)

Almost all US, global and EM funds have failed to beat their benchmark since 2006. (Link)

#general-from the past: Rakesh Jhunjhunwala enters the Rs 10k-crore club

He’s called the Big Bull, and he definitely has a bulging wallet, which gets bigger and bigger with each passing year. Rakesh Jhunjhunwala’s net worth now stands at Rs 10,000 crore — that’s equal to basketball legend Micheal Jordan’s net worth. (Link)